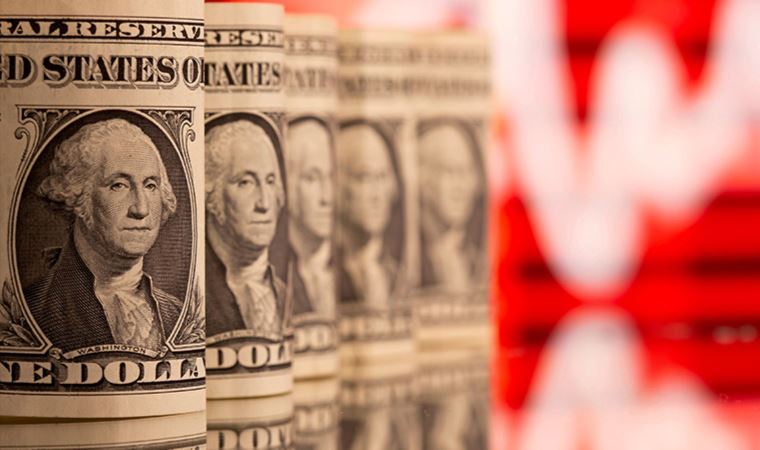 Despite the rise in inflation, the Central Bank of the Republic of Turkey (CBRT) started the interest rate cuts that President Recep Tayyip Erdoğan had wanted for a long time with 100 basis points last week. Economists had predicted that the policy rate would remain constant.

Dollar/TL is around 8.65, which was traded before the CBRT’s interest rate decision. today rose to 8.8995 and tested on June 2 It surpassed the peak of 8.88.

The rise in the dollar/TL actually started with the CBRT’s first message to investors, at the beginning of the month, at the level of 8.3 that President Erdoğan would start the long-awaited interest rate cuts.

Foreigners made sales-oriented transactions in all TL and TL denominated investment instruments in order to further reduce their already low level of investments in Turkey. Locals, on the other hand, exchanged nearly $2 billion for profit realization from their foreign exchange savings of around $265 billion or for their cash TL need.

After the CBRT’s decision to cut the interest rate, the selling pressure on TL assets was seen in BIST-100, especially in the banking index, CDS in the bond market, that is, in all Turkish assets.

This week, the markets focused on the speech of CBRT Chairman Şahap Kavcıoğlu at the Future of Finance meeting on Tuesday.

The markets will try to understand from the speeches of the CBRT and politicians whether the interest rate cuts, which are seen as a “policy error”, will continue in the coming months.

Economists, who declined that the CBRT would not be content with a single interest rate cut under the influence of the politicians, brought forward the expectations of the cut.

However, economists also state that the risks to the Turkish economy have increased due to the depreciation of the TL with these revisions. While inflation expectations are revised upwards for the next year, the most important risk, according to bankers, is the depreciation of TL.

JPMorgan also revised its 2021 year-end inflation forecast to 16.7% from 15.5% and its 2022 year-end forecast more sharply to 14.5% from 11.5%. Yarkın Cebeci said, “There may be upside risks in these forecasts depending on how fast and harsh the relaxation cycle will take place.”

Many bankers think that if interest rate cuts continue, new rate hikes will be needed soon. However, the concern that the CBRT’s ability to make an increase is weak due to political reasons causes the depreciation of the TL to be faster.

Worries about early interest rate cuts began to emerge after the CBRT did not refer to its commitment to apply interest rates above the inflation rate at the investor meeting at the beginning of the month.

The CBRT Chairman Şahap Kavcıoğlu announced that he would focus on core inflation, which is about 200 basis points lower than the policy rate, a week after the investor meeting.

Another factor noted by the bankers was that the CBRT’s decision to cut the bonds had an upward effect on bond yields. Bankers are watching with concern the possibility that bond yields will move up despite the interest rate cut, and short-term interest rates will come out of the CBRT’s control.