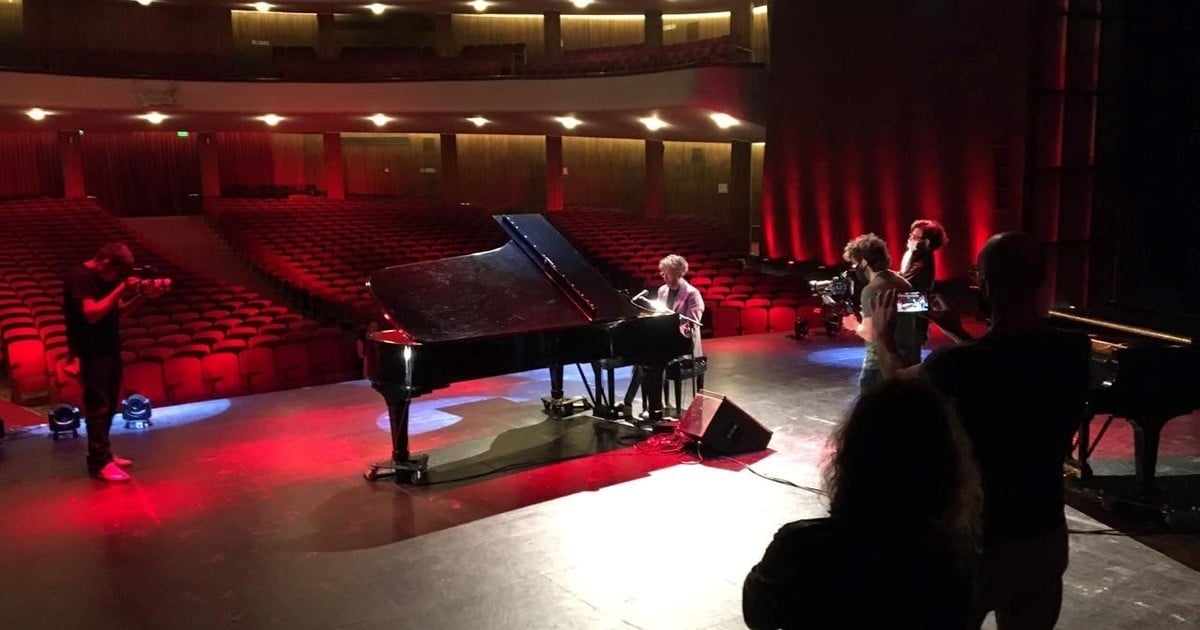 With the need to maintain the relationship with the public, bring the artists back to the room and continue with the diffusion of Italian culture in Argentina, the Teatro Coliseo dodged the path of streaming and bet on a digital transformation. Thus, in the middle of the pandemic, “Coliseo Online” was born, combination between live entertainment and digital content production in charge of the Orishinal company.

“We replaced the lack of audience in the room with the ‘eye’ of the camera,” he enthuses. Elisabetta Riva, director of the Colosseum. From an empty theater the threads of a story composed of interviews, images with VR technology and 360º cameras and original performances are led, both from Argentina and Italy. And the capacity of the hall went from a limit of 1,700 seats to a free online proposal for many more viewers.

The result was a series of 9 original chapters of “ItaliaXXI_online”, which can be seen from the YouTube and Facebook channels of the Coliseo theater and the Italian Institute of Culture of Buenos Aires. It is about the digital conversion of the 2020 season of the cycle that was in its third edition and was interrupted by the closing of the theaters in March.

The work was carried out with a common multidisciplinary team, sharing the experience of the theater production of the Colosseum with the most disruptive communication tools that Orishinal carries on. Two different but complementary visions that were essential for the creation of this new format.

Riva explains: “I didn’t want us to become just a platform, because that can be done by anyone, not necessarily a theater. Nor did he want to present a series of content recorded in a Colosseum that had once been full. The challenge was the language, I wanted to do something that was typical of the theater, different from the archive of a live play and a product designed directly for digital consumption ”.

Sergio Teubal, founder and CEO of Orishinal, contributes his perspective: “The challenge was to find a way to transcend the theater walls, turn these contents into something conversational ”. And he adds: “Achieving the digital conversion of a theater is not an easy job, it requires a lot of people who work in networks, who create scripts, people who can stream live with different technologies.”

The production took place in Buenos Aires and in the Italian cities of Maldonado, Milan, Bergamo, Rome, Sicily and Catania.

Each chapter is hosted by the director of the Coliseum and features the presence and stories of collaborators and workers from the theater itself. The objective of this election was to keep the dialogue between the public and artists intimate and personalized and to maintain the centrality and prominence of the theater. In addition, each episode is a trip to Italy, to show the beauties of its artistic and cultural heritage up close, thanks to the videos of the Italian Tourism Board.

Gustavo Santaolalla from Los Angeles, Javier Casalla from the Coliseo theater and Alessandro Gassman from the Bellini theater in Naples participated in the episode “Resilience”. Carla Peterson and Joaquín Furriel were part of the chapter “Histories”. Julieta Venegas, Alessio Boni and Julio Bocca were part of “Protagonista”, a meeting between the music and culture of Italy and Argentina. “Tecnología”, the fourth episode, was seen by more than 15,000 people, and portrayed the virtuous dimension between theater and technology, together with the actor Elio Germano from Rome, which generated an immersive experience, with tours of the corners of the theater and the Roman streets.

Meanwhile, Fito Páez was the protagonist of the fifth episode, “Libertad”, together with the writer, playwright and television narrator Stefano Massini, from the Piccolo theater in Milan.

Lalo Mir and a tribute to the radio from the terrace of the Coliseo theater.

This Sunday, November 22, a special chapter arrives, a kind of ‘bonus track’, especially linked to the history of the Coliseo Theater. It is about “Hito”, an event dedicated to commemorating the first radio broadcast in Argentina, 100 years ago, from the terrace of the theater.

They will participate from the current terrace of the Coliseo Fabiana Cantilo, Fernando Samalea, Hilda Lizarazu, Lisandro Aristimuño, Javier Malosetti and David Lebón, under the musical direction of Lito Vitale and Lalo Mir as “ambassador” of the show.