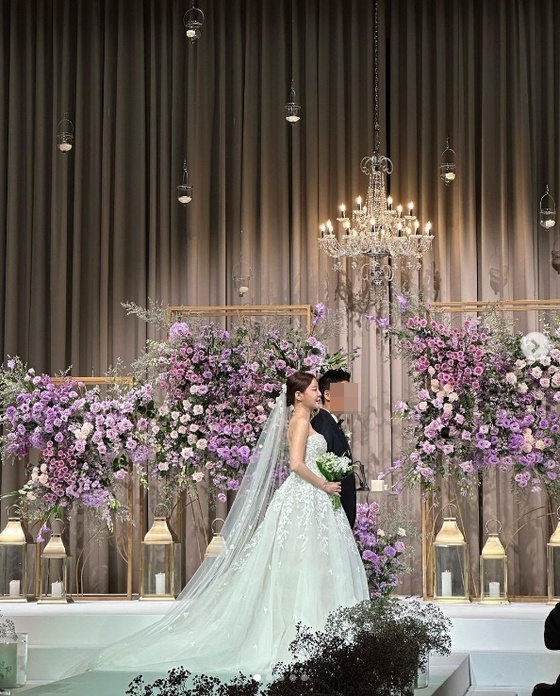 In the photo, announcer Lee Hyun-joo is wearing a wedding dress and holding a wedding ceremony standing next to her husband. A gorgeous wedding hall decorated with flowers catches her eye. In addition, the bright smile of the bride and groom stands out.

Born in 1984, announcer Lee Hyun-joo graduated from Hankuk University of Foreign Studies and joined KBS as an announcer for the 35th year in 2009. From 2012 to 2014, she served as the anchor (host) of KBS ‘News 9’, and since 2015 she has been the host of KBS 1TV’s ‘Open Concert’. The prospective groom is a lawyer who is two years younger than her, and it is said that she met through an acquaintance and had been dating for about a year before revealing her relationship.