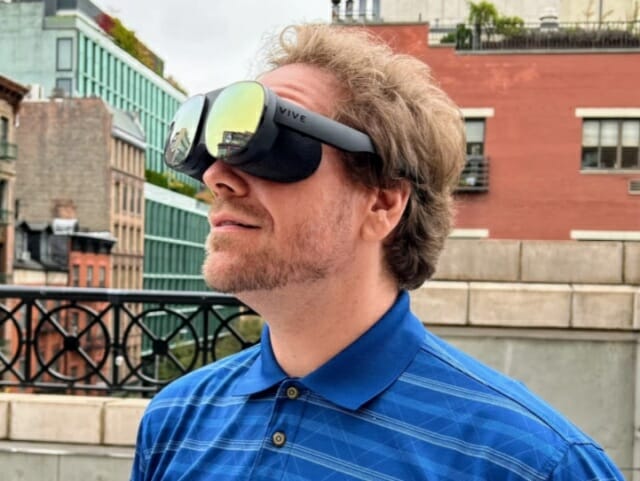 HTC has unveiled a new VR headset ‘Vive Flow’, Cnet and other foreign media reported on the 14th (local time).

In addition, it is worn like glasses rather than wrapped around the head with a band or string, and can be folded and stored in a carrying case like sunglasses. The inside of the headset and a small cooling fan are installed to exhaust the hot air to the outside, improving the wearing comfort.

Two cameras are mounted on a 32-megapixel display with a refresh rate of 75Hz. Like other HTC VR headsets, it works on the HTC Viveport UI and is available in about 50 apps early on. It is equipped with a Qualcomm XR1 chip, 4GB of RAM, 64GB of storage, and stereo speakers with spatial sound support.

In order to reduce weight, this product does not have a battery, so power must be supplied through the USB-C port, and unlike standalone VR headsets such as Oculus Quest 2 and Vive Focus 3, it must be used in conjunction with a smartphone.

In addition, it does not include a controller, does not support hand tracking, and is currently compatible with Android 9.0 or higher Android phones without iOS support.

HTC introduced this product as a product that can enjoy VR contents or games for entertainment and health. It is priced at $499 and is expected to be released later this year.

See also  Lunar eclipse today May 26: What the Blood Moon looked like | TRENDS