We are approaching the end of the year, where Huawei usually shows its new chipset destined for the high-end of all 2021. In this case, we would be before the Kirin 9000 that would have already gone through different synthetic performance tests. It would have been seen with a 24-core GPU.

Huawei wants to have the best chipset year after year, and after a lot of effort and learning, it seems that it would have found the key to unseat the chipsets of the competition. Although it has not yet been submitted, and exhaustive tests remain.

The Kirin 9000 GPU would arrive with 24 cores, being the most powerful in a smartphone

Huawei’s new Kirin 9000 chipset would equip a Mali G78 MP24, which would mean that we would have 24 cores for the GPU.

Kirin9000 GPU uses Mali G78 MP24, yes, 24, the highest specification, but the frequency is not high, so the results are not very good. pic.twitter.com/yfJP0a8GFH

The well-known leaker @IceUniverse tweeted another scoring benchmark, showing that the Kirin 9000 has a 24-core GPU. The leaker notes that the Mali G78 MP24 has lower frequencies for distribute the load and maintain efficiency.

If we compare the scores obtained by the future chipsets of the Samsung and Qualcomm companies, the Snapdragon 875 and the Exynos 2100, for now we cannot say that one is better than the other in terms of GPU performance.

Samsung’s chipset, the Exynos 2100, would house a GPU Mali G78 MP14, which would mean you have 10 fewer cores. This is not comparable to Qualcomm, as it includes its own Adreno graphics. 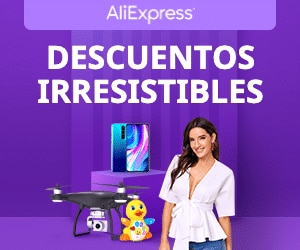 To be able to compare them, we will have to wait until 2021 when the three companies have launched their chipsets to the market in some model. On the other hand, Apple has already moved tab with its A14 Bionic manufactured at 5nm, stating that the GPU is similar to the power of a console.

The NOH-NX9, presumed to be the Mate 40, will feature a 90Hz refresh rate display, along with 8GB de RAM LPDDR5 Y 256GB of storage with UFS 3.1 technology.

On the other hand, there would be a Huawei Mate 40 Pro + variant, being the most powerful of all, which would have five rear sensors, fast charging of 65W Super Charging. In addition to having the Kirin 9000, it would hit the market with 12 GB of RAM and 256 GB of internal storage. The model number would be NOP-AN00.

»You will be interested in: The Mate 40 Pro would have been leaked on Geekbench, showing the power of the Kirin 9000

Unfortunately, rumors and leaks claim that Huawei has a limited number of Kirin 9000s due to the US government bans. The company cannot stock up for now, until it finds a solution to this problem. It may be the last time we see a processor designed by Huawei.