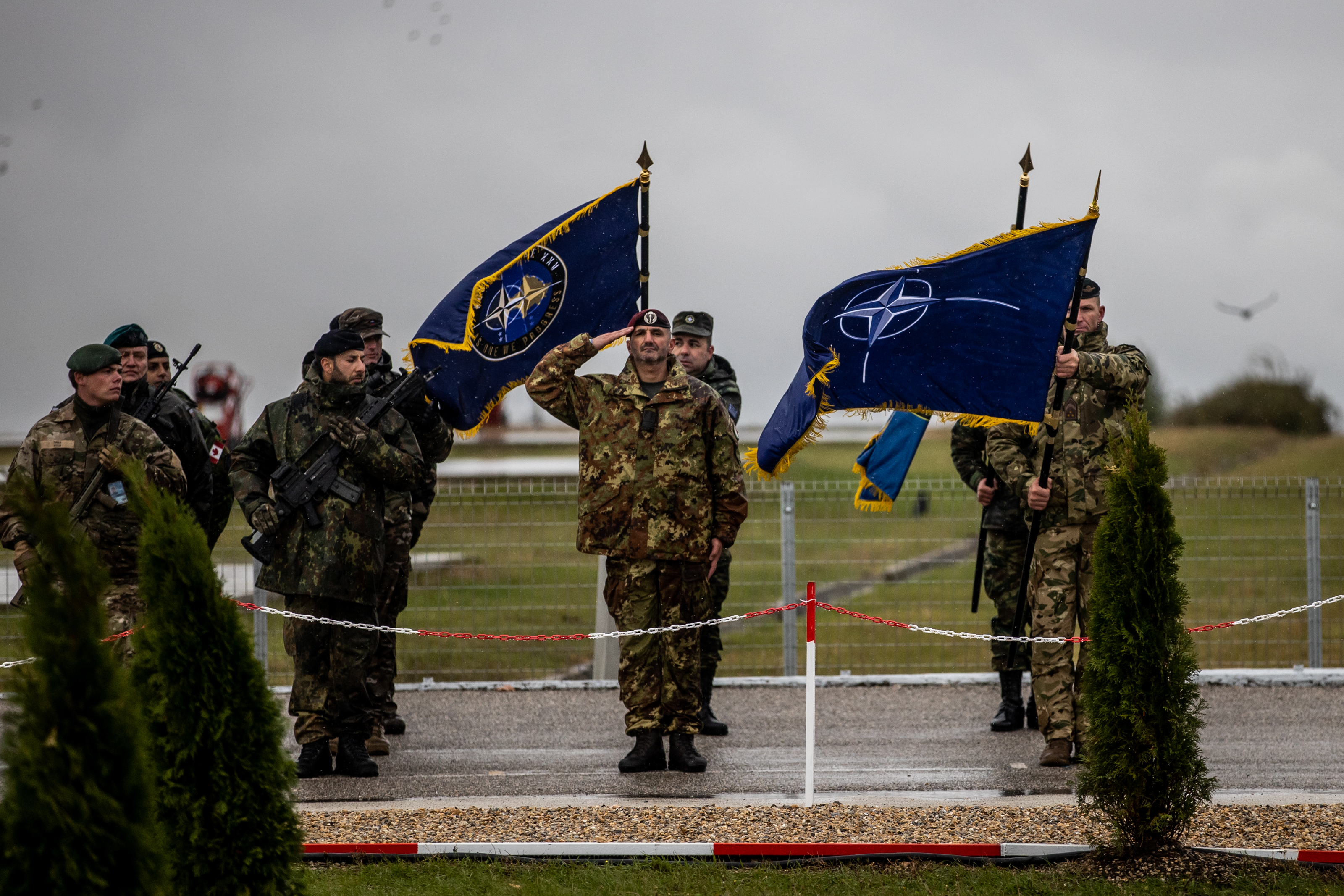 The Hungarian brigadier general spoke at the handover that it was a great honor to be the commander of the local NATO forces in the next period. This is the first time that a Hungarian mission has been headed by a Hungarian. All military action will continue to serve the stability of Kosovo in the future. Among the challenges ahead, he mentioned that they would continue to serve the success of the Kosovo mission in unison.

According to NATO’s assessment, the security situation in Kosovo is stable, but unilateral measures have ignited the conflict between the Serbian and Albanian ethnic groups, but this has been resolved, Kajári said. KFOR was monitoring developments and was ready to intervene at any time, he added. For myself, the most important result would be to maintain KFOR’s international recognition. In addition, KFOR is the largest response force in the region and is ready to intervene to provide security.

Robert P Burke, U.S. Admiral of NATO forces in Kosovo, spoke at the command handover that the current exchange in the field of command symbolizes continuity. 27 nations participate in the work of KFOR, in ensuring peace. Even the UN Security Council has given the mandate, he added. Only one part of the peacekeeping operation in Kosovo, KFOR, the EU institutions and the United Nations are involved in ensuring security. Kosovo is much safer today than at the start of the mission, the admiral said.

This has never been the case in NATO history

For the first time in the history of Hungary, this commander became KFOR’s commander, Tibor Benkő said at the post-handover briefing. Hungary will take over the leadership of a mission that is NATO’s largest mission, he added. Creating and ensuring stability in the Western Balkans has always been important for Hungary. Ferenc Kajári will not be in an easy situation, as peace in the region is very fragile.

Benkő also talked about the fact that the eastern and southern threats were discussed under the leadership of the Italian army, but for Hungary, the southern threat is the bigger problem. Because of the southern direction, we have a common threat with Italy, ”he added. Not only because of the southern threat, but where Hungarian soldiers are on mission, there are also Italians. Defense policy experts will discuss developing a roadmap for higher-level cooperation between the two sides this fall, the defense minister said. Tibor Benkő also spoke about Hungary’s efforts to bring peace and security to the Western Balkans, and has now donated health protection equipment to the Afghans stationed here. 500 doses of the vaccine were given to fight an infectious disease, he added.

Tibor Benkő is confident that this mission can end in time, but this will require more diplomatic steps. The other nations are here to try to steer this situation in the right direction, he added. Hungary continues to support the Euro-Atlantic integration of Serbia, Bosnia and Herzegovina and Kosovo.

Ferenc Kajári spoke about the commander of about 3,500 soldiers in the next period. Whenever the situation in the region may escalate, stability is very fragile, he added. KFOR’s activities will contribute to a negotiated agreement, Kajári said. A person with a Hungarian position in KFOR will hold a position in both political and legal advisory positions.