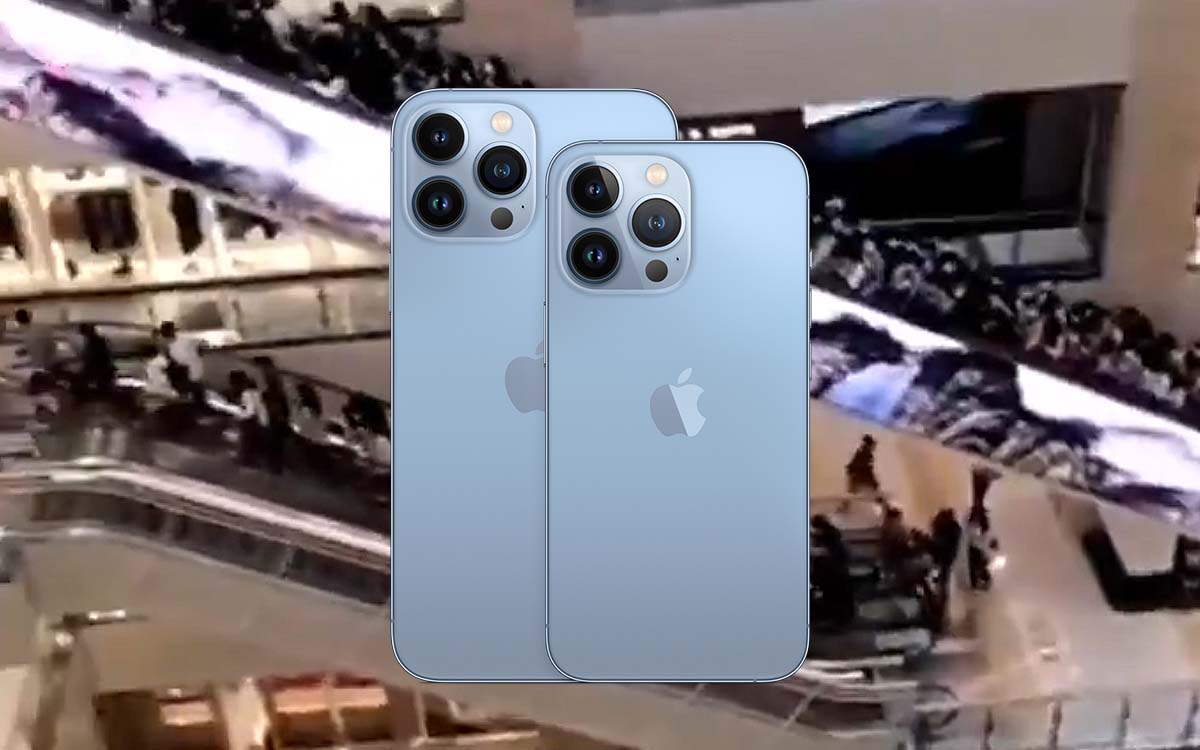 Each iPhone launch is marked by jostling and crowds of fans determined to get their hands on the latest Apple smartphone. The iPhone 13 is no exception to the rule, as evidenced by these images of a shopping center in China.

It has become a tradition. Each iPhone launch is usually marked by jostling caused by crowds of fans determined to get their hands on Apple’s latest smartphone. Of course, l’iPhone 13 was no exception to the rule, as proved these images from a shopping mall in Shaanxi province, in China.

Relayed by our colleagues from the South China Morning Post, we can see hundreds of people crowding inside the mall and heading en masse to the escalators. What to create in the process a long waiting line to access an independent smartphone reseller. Obviously, it was a simple stand dedicated to Apple (we can see in the video other stands in the background dedicated in particular to Oppo).

Faced with the crowd, the security teams of the shopping center had no other choice than stop sales and invite customers to leave the store and come back the next day. Enough to give the retailer time to prepare more before the return of these hundreds of customers determined to leave with their iPhone 13.

Customers are choosing physical stores to buy the iPhone 13

I have to say that iPhone 13 delivery times have already been delayed, in particular because of the difficulties encountered by delivery services such as DHL or UPS. In fact, many retailers take advantage of these complications to invite customers to go to the store to get their iPhone 13, and in the process avoid these extended delivery times.

As a reminder, iPhone preorders were hell, between out of stock, a site that crashes and extended delays. It is very likely that this situation has led customers to prefer buying in-store than ordering online.