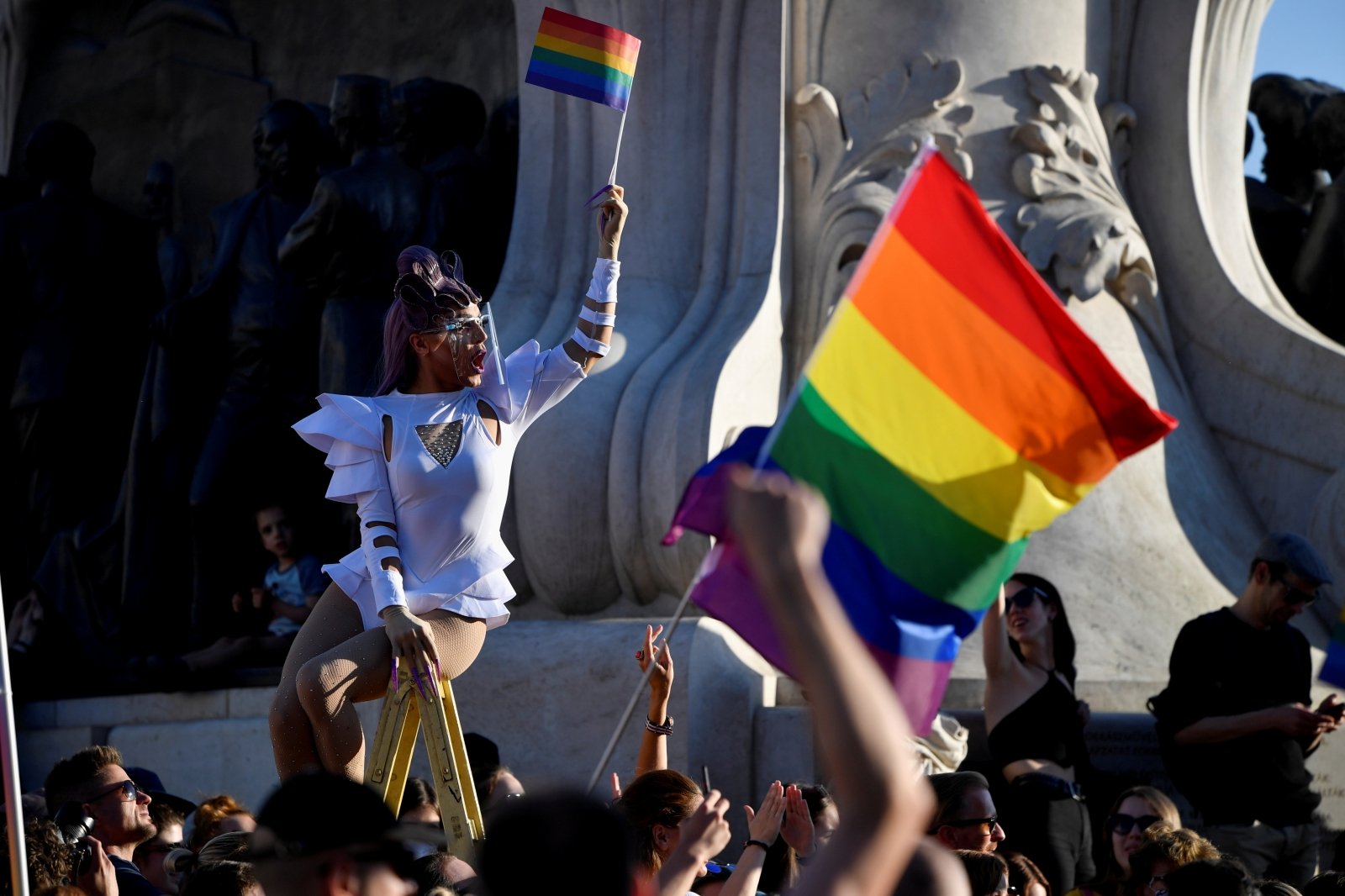 In the parliament controlled by the right-wing Prime Minister Viktor Orban in the Fidesz party, the law was passed with 157 votes in favor and 1 against.

The opposition boycotted the vote, with the exception of lawmakers from the right-wing Jobbik party, who supported the law.

On the eve, protesters and human rights officials called for no legislative changes aimed at making any content depicting or promoting homosexuality or gender reassignment available to people under the age of 18.

The law prohibits educational programs and publicity for LGBTQ groups. The law of this group was compared with a similar law in force in Russia.

“In order to ensure … the protection of children’s rights, pornography and content that depicts sexuality or promotes gender identity, gender reassignment or homosexuality cannot be accessed by persons under the age of 18,” the document said.

Sex education lessons “should not be designed to promote gender segregation, gender reassignment, or homosexuality,” it states.

It is not yet clear what penalties may be imposed on individuals found to have violated the new law.

Thousands of LGBT activists and others gathered on Monday night for a protest at the parliament building in Budapest. They chanted “We’re here!” And urged lawmakers to abandon plans to pass that legislation.

The Conservative ruling party Fidesz submitted draft legislation last week. Parliament will vote on them on Tuesday. Fidesz claims that the legislation is intended to protect children from pedophilia.

But Lydia Gall, an expert at Human Rights Watch, said equating sexual and gender diversity with pedophilia degrades LGBT people and may threaten them.

Mr Gall said the legislation was “a cynical, disgusting and deliberate attempt by the Orban government to ignore the rights of LGBT people and make them largely invisible to Hungarian society.”

“I urge you to remain vigilant about such initiatives when trying to push through measures that restrict human rights or stigmatize … some members of society,” she said in a statement issued on Monday.

Some human rights organizations have equated these measures with a law passed by Russia in 2013 banning so-called gay “propaganda.” Many see that law as a means of discrimination.

Mijatovic said such legislation reinforces prejudice against lesbian, gay, bisexual and transgender people. She stressed that international human rights organizations have made it clear that young people have the right to a full sex education, which is not possible if discussions on LGBT issues are forbidden.

“The proposed amendments to the legislation conflict with international and European human rights standards. It is wrong and false to say that they are intended to protect children, “said the Commissioner for Human Rights.

“The text of the law is very ambiguous, and it is done intentionally. We do not yet know all the consequences, “Zsolt Szekeres from the Hungarian Helsinki Committee told AFP.

“Even if that doesn’t mean the Pride march will be banned, it could have a negative impact on the organizers, because they would fear the consequences and give the police an excuse to start the process,” he added.

The new law may ban advertising by companies such as Coca-Cola, which in 2019 aimed to promote tolerance for LGBTQ people in Hungary. Books depicting homosexuality may also be banned.

Commercial TV channel RTL Klub Hungary reported that popular films such as Bridget Jones’s Diary, Harry Potter or Billy Elliot would only be shown late at night. and marked with an “18+” sign.

In recent years, Orban, who has ruled Hungary since 2010, has been pursuing a socially conservative policy agenda, shaping what he calls a “bastion against liberal ideologies” in a member of the European Union.

A ban on citizens legally changing their gender came into force in May 2020, and this decision provoked protests and warnings at home and abroad that transgender citizens will face more discrimination.

In 2018, the government issued a decree banning gender study courses at universities.