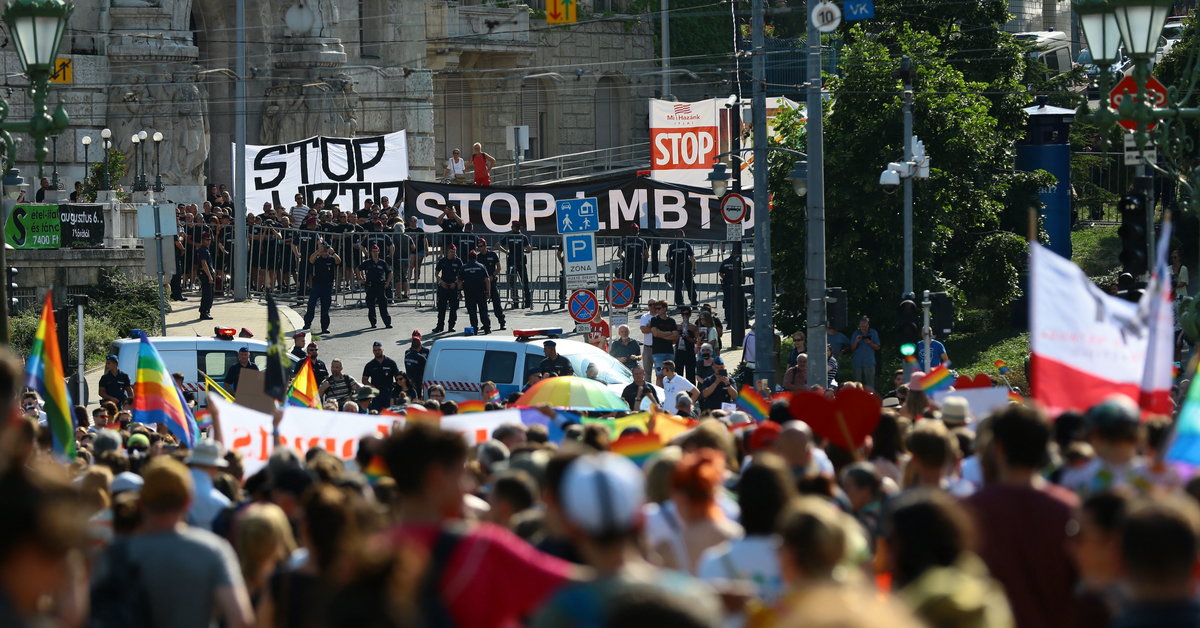 The organizers wrote in a statement that the march was to be a manifestation of opposition to “power-hungry politicians” and the intimidation of LGBTQ people. “Instead of protecting minorities, the government of Fidesz and the Christian Democratic People’s Party is using the law to make the LGBT community outcasts in their own country,” they said.

More than 40 embassies and foreign cultural institutions in Hungary endorsed the Budapest Pride in the statement. “We support steps in every country to ensure equality of dignity for all human beings, regardless of sexual orientation and gender identity,” wrote the signatories, including the US, UK and German embassies.

The Hungarian Parliament passed a law on June 15 stating that school sexuality-related activities must not promote gender reassignment or homosexuality. Such classes, apart from school teachers, will be allowed only by persons and organizations appearing in the official, updated register. In addition, the state is to protect the child’s right to maintain a gender-appropriate identity at birth. The law also prohibits making pornographic content available to persons under the age of 18, as well as those promoting gender change recorded at the time of birth, as well as homosexuality.

In connection with the act, the European Commission initiated infringement proceedings against Hungary “for violation of the fundamental rights of LGBTIQ persons”. As reported by the European Commission on Thursday, the act defines “a series of restrictive and discriminatory measures”, and in particular “prohibits or restricts access by persons under the age of 18 to content that promotes and presents the so-called gender discrepancy at birth, gender reassignment or homosexuality and the obligation to include a special annotation on a book for children with LGBTIQ content. “

The Hungarian authorities argue that the law guarantees parents’ rights to sexually educate their children and does not apply to sexual orientation rights of persons over the age of 18 and therefore does not contain any discriminatory element.

Hungarian Prime Minister Viktor Orban announced on Wednesday that the government will initiate a referendum on the child protection law. Orban accused the EU institutions of abusing their power, demanding changes to the law. – The future of our children is at stake, so we cannot give up on this issue. When the pressure on our country is so enormous, Hungary is able to protect only the common will of the nation – he explained the referendum.

This is not the only equality march in the European capital. On Saturday, a similar parade also passed through Berlin. The capital of Germany was recalled words of the President of Poland, Andrzej Duda, about LGBT: “They try to convince us that they are people, and this is just ideology.” The statement of the Minister of Education and Science Przemysław Czarnek was also recalled, who said that the participants of the equality parade in Los Angeles “are not normal” – informs Gazeta.pl.

See also  The global balance of coronavirus was over 800,000 people. The most affected country is the United States James