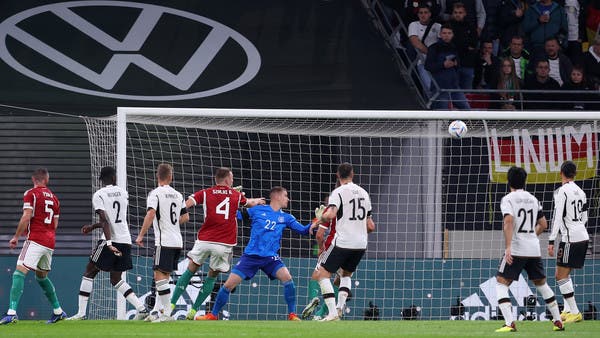 Germany coach Hansi Flick said his country’s shock 1-0 home defeat to Hungary in the Nations League last night was a timely wake-up call for the four-time world champions ahead of the World Cup, which begins in Qatar two months later.

Germany can no longer finish the Group C matches in the first division at the top, as it occupies third place behind Hungary and Italy with one match remaining.

More importantly, for the coach, the defeat was a reminder that his players still need to improve in the next two months before the World Cup kicks off in Qatar.

Flick revealed, “The team just got a warning bell. It’s better to be disappointed when you lose today and not top your group in the Nations League… It’s better if it happens now than in the World Cup. It’s also a personal motivation for everyone to give everything (against England).” next Monday and work in the next six weeks to add those few percentage points that we need to add. The defeat has opened our eyes.”

The German coach added, “The first half was very bad. We were not active and without any confidence. The second half was good, but we had very few chances to score.”

The German team barely fired a single shot on target in the first half but improved after the break without taking many chances to score.

Germany will meet bottom-ranked England, who are already relegated to the second division after losing 1-0 away to Italy, at Wembley on Monday.

See also  Vlkanova and Mejdr - a torn thorn from the heel! Why does Slavia need them so much?

Germany, which is striving to make up for its exit from the first round in the 2018 World Cup, will play the World Cup matches in Qatar in Group E, along with Spain, Costa Rica and Japan. Germany will start its World Cup campaign against Japan on November 23.