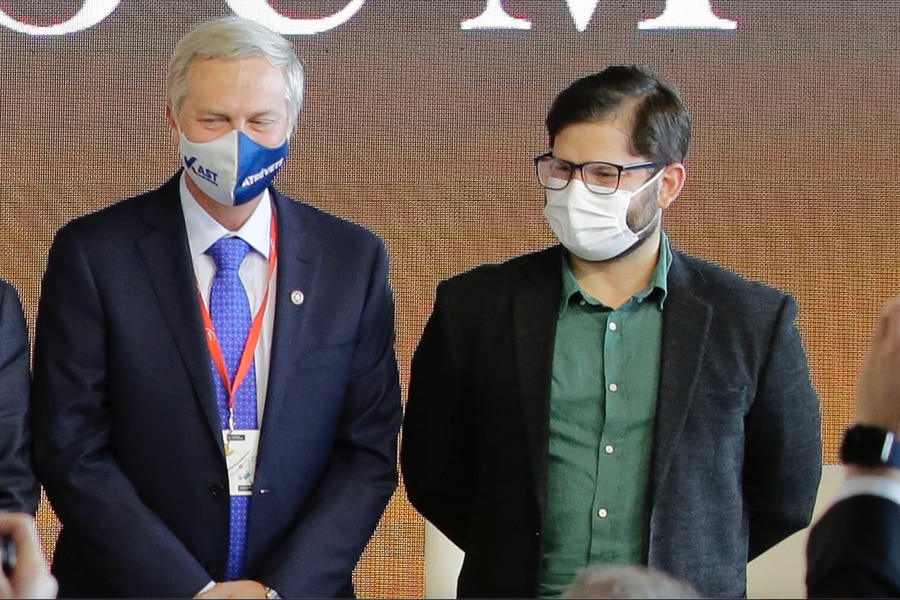 Electoral arithmetic is not always accurate, but the figure sums up well the challenge facing Gabriel Boric’s campaign. In last Sunday’s election, 454,288 fewer people participated than in the October 2020 plebiscite that supported the process to create a new Constitution. AND In the Valparaíso and Metropolitan regions, there were 459,885 fewer votes comparing both elections.

It is the most desired bag of votes, especially because its identification in general is clear: Young people -in many cases under 30 years old-, from popular urban sectors, voters of the Approve and who have probably had the only electoral participation in their lives that of a little more than a year ago, without necessarily having returned to any of the following elections that have been made.

According to an analysis made by the electoral platform Decide Chile, from the big data company Unholster, those under 30 years of age have dropped their participation by about 11 points compared to the plebiscite in these two regions, a figure that -in any case- had set a record in terms of mobilization of that bloc.

“Boric was stronger than Kast in the popular areas, but not in a radical way. If you stretch the advantage in the RM and Valparaíso, and maintain the difference in other regions, you have the choice in your pocket ”, says Mauricio Morales, an academic at the University of Talca.

But if their characteristics are clear, how to get them involved is a totally open question. At the map level, two predominant pockets of communes can be located: one in the northwestern sector and the other in the southern part of Greater Santiagor, areas in which Boric was the first majority, but in which he needs a greater number of votes. And the two great “prizes” are Puente Alto and Maipú. In the first municipality, 39,840 fewer people voted than in the plebiscite; in the second, 34,684, almost nine points less, and with the characteristic that I Approve Dignity governs there with Mayor Tomás Vodanovic (RD).

To the north of the capital, the communes of Pudahuel, Cerro Navia, Quilicura, Renca, Conchalí and Lo Prado had between 10,000 and 20,000 fewer voters than in the plebiscite. In the south of the capital, the same happens with San Bernardo, La Florida, Peñalolén, La Pintana, El Bosque, Lo Espejo, La Granja and San Ramón. Most of these communes are governed by mayors of the left or center-left, in several cases with considerable autonomy from their communities. -like Claudio Castro in Renca and Claudia Pizarro in La Pintana-, but in the list there are also communes held by the Boric conglomerate, such as Quilicura and Lo Espejo.

The latter is headed by the Communist Party, like Santiago and Recoleta. In both communes there was a drop of almost 14 thousand voters, but this was proportionally more sensitive in the commune headed by Daniel Jadue. There is an additional data: there, Boric got 21,859 votes in the first round, five thousand less than the sum of Approve Dignity in the July plebiscite (27,350).

“Boric did well up to the middle, medium-low segment, but in the low and metropolitan areas it was terrible for them. What I should insist on is to secure the RM by going to look for that young middle-class and lower-middle-class voter, frustrated that the social outbreak has not given answers and probably did not go out to vote now, but that it did in the plebiscite”, Points out Cristián Valdivieso, director and founder of Criteria.

In Valparaíso, meanwhile, Almost half of the 51 thousand voters who have a difference between the 2020 plebiscite and the first round are located in the two main communes. There both mayors support Boric, but with differences: while in Viña del Mar Macarena Ripamonti (RD) is part of the coalition, in Valparaíso Jorge Sharp made a call to support the candidate in the final stretch, despite their public differences and the political rupture that both had after starting the road together in the same movements.

It is known that Franco Parisi managed to have a surprising performance in the north of the country, but there is a statistic that puts his electoral performance even more in perspective. 16 of the 20 communes where it had the most votes are from regions, with 11 of them being regional capitals.

Why is this group so significant? Because it represents one of the biggest challenges for both commands, especially for Gabriel Boric’s: Although they have an urban profile and can be reached through massive campaigns or instances such as the electoral strip and debates, their concerns are diverse and with a strong local emphasis.

“It is fallacious that the voter for Parisi is from the right or from the left: he is from Parisi”, points out Cristián Valdivieso. “In terms of his profile, he is a voter more in line with the social upheaval and criticism of the elite, as he approaches Boric; but in terms of his leader’s personality, he is more like Kast. So they both have to work. There is a fundamental voter there ”.

For Mauricio Morales, specific issues such as migration in the north of the country or the security focus on the axis from Biobío to Los Lagos will be very relevant in this process.

Considering this factor, for both candidates, the role that parliamentarians or regional leaders can play in areas where Parisi had more support – such as RN Paulina Núñez in Antofagasta in the case of Kast, or the newly elected senator PS Gastón Saavedra in Biobío for Boric- se can become a relevant element to try to reach that constituency I dodge in the first round and who will have to be convinced to go to the polls in the ballot first, and then choose one of the two options that are presented.

There are times when the best strategy may not be to go to fight in an area where the dispute is very close, but rather to try to extend the distance in places that are known to be favorable, as long as they render the candidates.

The most obvious example is Sebastián Piñera in 2017. A good part of the key to his broad victory in the ballot against Alejandro Guillier (54.58% versus 45.42%) was the 392,147 votes that made him out of the vote in the area between O’Higgins and Los Lagos, which translated into an advantage of more than 15 percentage points. As a reference, it was 61% of the total difference in votes obtained in the country (640,729).

In the first round, José Antonio Kast was the most voted candidate in 171 of the 191 communes that make up these regions. Boric was the first majority in 16 others, and Yasna Provoste in four. But he needs to mobilize a strong number of voters to replicate Piñera’s performance. In simple, Not only do you have to win, but you have to do it by as much margin as you can. “In the south is where Kast should compensate for his weakness in the Metropolitan, because this region alone accumulates 40% of the voters,” says Mauricio Morales.

Last Sunday, he got 813,262 votes. If the complete vote for Sebastián Sichel is added to them, 1,098,824 votes are reached. Adding, in addition, complete the support of Franco Parisi in the same area, something that looks more complicated, the figure rises to 1,458,412. In December 2017, the current president harvested 1,481,611, that is, more than the sum of the three in the first round.

But there is an additional detail. Zooming in on participation, There are three of those regions in which, comparatively, 107,112 fewer people voted in the last election than in the 2017 definition: Maule, Ñuble and Biobío. In addition, according to the participation analysis carried out by Decide Chile, those over 50 years of age in this area are still between 13 and 14 points below the percentage in which they went to vote in 2017. The gap, according to the analyzes, probably corresponds to older voters in those areas who have not yet come to vote during the elections held in the pandemic, and who almost certainly supported Piñera in the ballot.

Considering those factors, For Kast a key will be to replicate that mobilization of 2017. To support itself, it will also require figures such as the newly elected senators: the UDI Gustavo Sanhueza in Ñuble, and Sebastián Keitel (Evópoli) and Enrique Van Rysselberghe (UDI) in the Biobío.

There was no district that had more influence on the result of the 2017 election than on the 11th, which is made up of the communes of Las Condes, Vitacura, Lo Barnechea, La Reina and Peñalolén. Especially the first three communes, which made up the old 23rd district: Sebastián Piñera’s vote reached a surprising 83.98%, which translated into 185,524 votes of advantage against Alejandro Guillier, practically 30% of the distance that he took in the whole country.

The level of participation is intact. All the communes had a greater number of voters last Sunday than in the 2017 ballot: 277,488 people four years ago, 287,990 now. AND here, for José Antonio Kast a name appears above the others with particular importance: Sebastián Sichel.

The three communes were, in percentage and votes, the place in the country where the flag bearer of Chile Podemos Más did better. In none of them did it drop below 30 percent, and If his votes are added to those of the Republican standard-bearer, the sum is 228,291: that is, just a thousand votes less than what Sebastián Piñera won in the second round four years ago (229,272). For this reason, the gesture that Sichel makes or does not make regarding the current candidate backed by the entire right could have a degree of incidence in bringing the goal closer to that figure.

As with the southern regions of the country, here the question is not whether Kast wins or not, but by how much margin. And, in the case of Gabriel Boric, the question is how far he can attract Sichel’s vote or new votes that can help him keep the gap as small as possible. in three municipalities that, among other things, were counted in the group of five throughout the country that supported the Rejection option in the 2020 plebiscite, the others being Colchane and Antarctica.