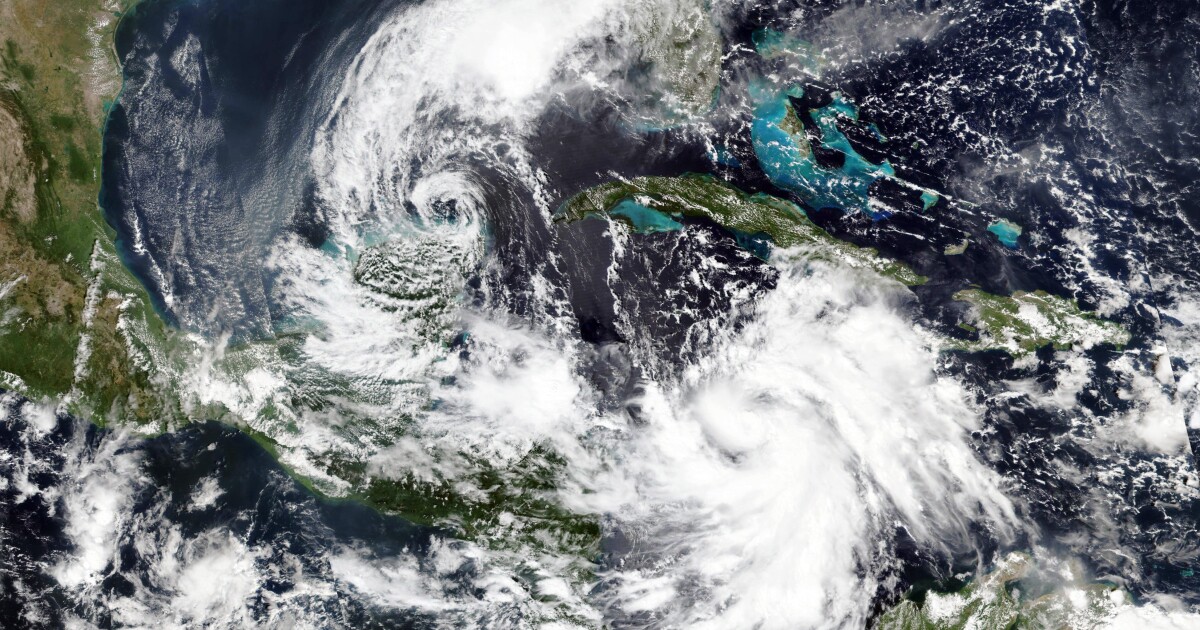 Hurricane Delta rapidly intensified to a Category 4 hurricane with winds of 130 mph (215 km / h) on Tuesday in a direction that could hit southeastern Mexico and subsequently approach the coast of the United States this week.

The worst immediate impacts were expected along the northeastern tip of Mexico’s Yucatan peninsula, where it could make landfall early Wednesday.

From Tulum to Cancun, communities whose economy is dependent on tourism – still soaked by the remnants of Tropical Storm Gamma – will bear the brunt of Delta.

In Cancun, long lines were extended Tuesday at supermarkets, warehouses and gas stations as residents scrambled to search for supplies under mostly sunny skies. Authorities warned that residents should have several days of food and water on hand.

In Cancun, the hotels were also moving their guests. Some of these centers that have major hurricane-rated structures were preparing to accommodate visitors.

Cancun Mayor Mara Lezama Espinosa said the city had opened more shelters than usual to give people more space in recognition of the COVID-19 pandemic.

Meanwhile, the Secretary of Tourism of the State of Quintana Roo, Marisol Vanegas, indicated that there are currently 40,900 tourists throughout the State. That number is lower than usual for this season due to the pandemic. The area’s economy was devastated by months of shutdown caused by COVID-19.

Quintana Roo ordered all non-essential businesses to close before 1 pm and banned the sale of alcohol. Essential shops, such as supermarkets, can stay open until 5 p.m.

Meanwhile, by order of the president of Mexico, Andrés Manuel López Obrador, some 5,000 federal troops and emergency personnel will be available in Quintana Roo to help in the efforts against the storm.

The state airports remained open Tuesday morning, but the beaches were closed.

“Honestly, I don’t see much stopping it (the cyclone) until it reaches Yucatan, due to the weak vertical winds, high humidity and very warm and deep waters of the northwestern Caribbean,” said the expert from the National Hurricane Center. from Florida, Eric Blake.

Cuba and the Cayman Islands were under alert Tuesday when Delta drifted west.

In Cuba, the western provinces and especially the Isle of Youth, began to prepare.

The Provincial Defense Committees – Cuban Civil Defense bodies in those territories – began safeguarding tasks, including more than 30,000 tons of tobacco, while vessels were kept and food was protected. Almost half a dozen medical teams set out to take care of the low villages that will be flooded, and fuel was distributed in Pinar del Río.

“On the southern coast of the west there will be strong swells during the day, with the beginning of light floods … which can become moderate floods in the Guanahacabibes peninsula,” explained a report from the Cuban Institute of Meteorology.

It was not indicated if there were evacuees, a common practice in Cuba in the presence of cyclones.

It is expected to hit the Yucatán like a major hurricane, with an extremely dangerous storm surge that raises water levels by 2 to 3 meters, accompanied by large and dangerous waves and flash floods inland.

Once relocated from Mexico, the Delta is expected to become even more powerful over the Gulf of Mexico as it approaches the US Gulf Coast, where landfall around Friday would be followed by heavy rains. throughout the southeastern United States.