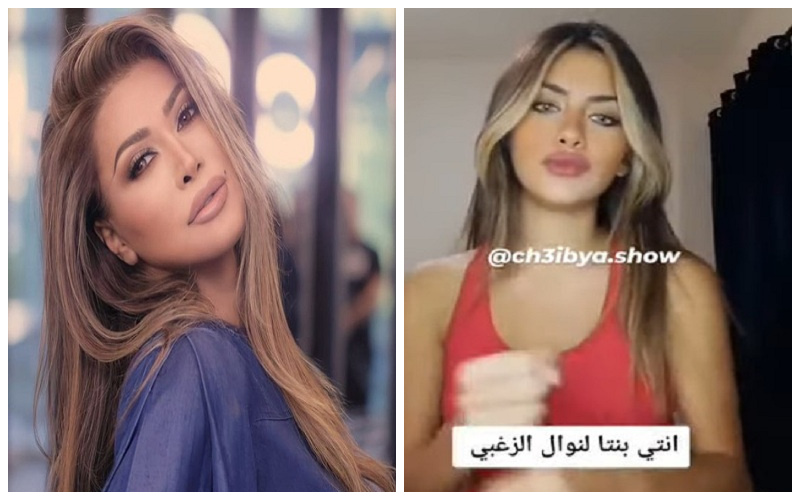 Al-Marsad newspaper: A Russian girl surprised the audience after she appeared in a video clip in which she claimed that she is the daughter of the Lebanese artist Nawal Al Zoghbi, after a question was asked to her, given the similarity of their features.

The Russian girl had received many questions during her interaction with the audience, including: “Are you her daughter to Nawal Al Zoghbi?” To which she replied, “Yes, I am her daughter.”

The second question was: “What color are your eyes?” The Russian girl replied: “My eyes are gray.” She spoke about her nationality in the third question and said that she is of Russian origin.

The Russian girl’s claim that she is the daughter of Nawal Al Zoghbi shocked the followers, while many of them went to believe the matter due to the similarity of their features, so the Lebanese artist republished the video through her Twitter account.

Nawal Al Zoghbi responded to the video, expressing her surprise at the great similarity between her and the Russian girl, and commented on the video: “Oh my God, the same features… Oh my godddd same.”

See also  "Badly placed to make remarks": Samuel criticizes his cousin's look but it is her appearance that shocks (video)