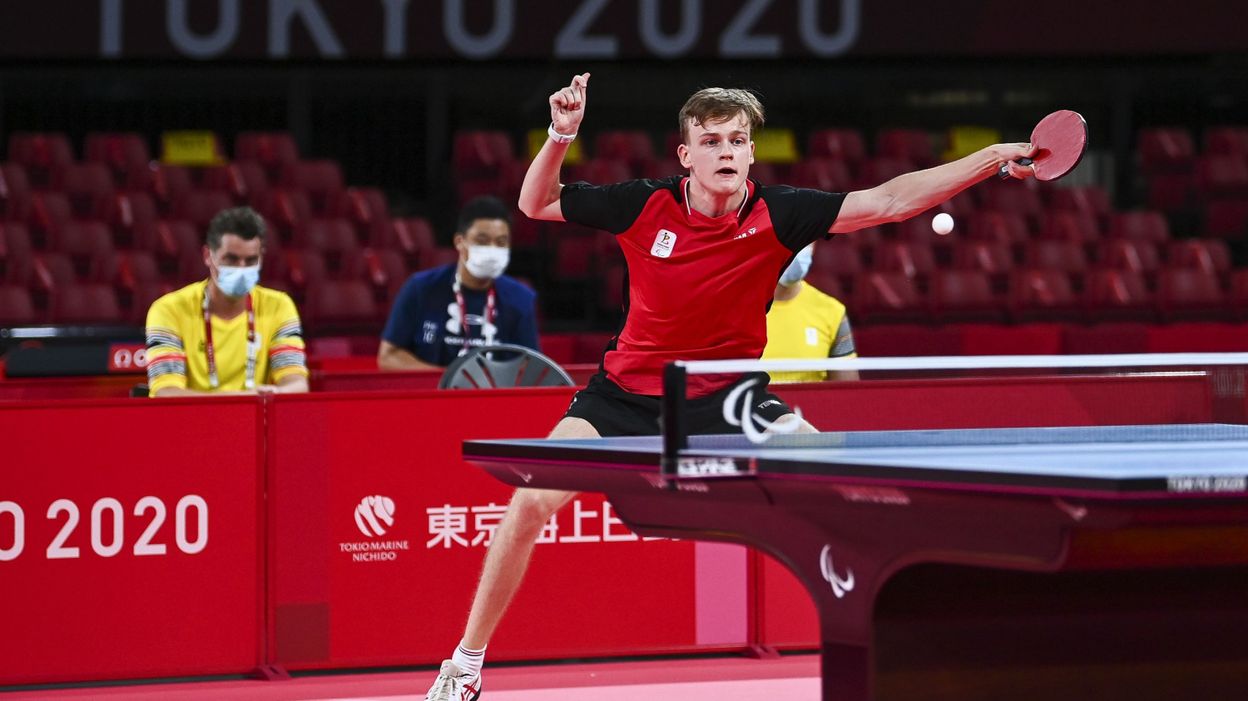 He did it. Five years after his first Paralympic title in Rio, Laurens Devos has once again shown that he is the strongest in table tennis by claiming a new Paralympic title. He reacted to our microphone after his superb victory.

The world number one began by talking about his feelings, especially his semi-final which was very complicated. “My semi-final was very close, I won it 3-2. I was very happy to win this match because I was nervous. Afterwards, I told myself that I was in the final and that I had to play my game. I told myself that it was okay to lose by playing well. I let myself go more than halfway. If I had played tense, it would have been hard. I think that’s what made the difference today.“

The table tennis player then returned to his performance of the day. “The first set was difficult, I missed a few balls that I don’t normally miss. I figured I had a chance to win if I stopped missing easy balls, focusing on every point. I was cooler after the second set I won because I would have had a lot more pressure if I had been down 2-0. I let go and I played well.“

Paralympic champion in 2016, Devos had, this time, a status to defend. “I had more pressure than in Rio. At the time, I was only 16 and just came to play. Here, I had a title to defend. My two medals each have the same value. We work every day for major events including the Paralympics which are the greatest in the world of sport. I’m really happy to have been able to win today.“

From now on, the athlete will be able to profit after this superb victory. “It’s hard when you’re not doing results so it gives me confidence mentally. Winning medals makes you want to continue to go even higher. Maybe I’ll celebrate but I don’t know yet because there is no alcohol in the village, I will see with the staff. If it’s not here in Tokyo, I’ll do it when I get home. It has been a long year with the Covid, without competitions. It was hard to stay focused to train.“