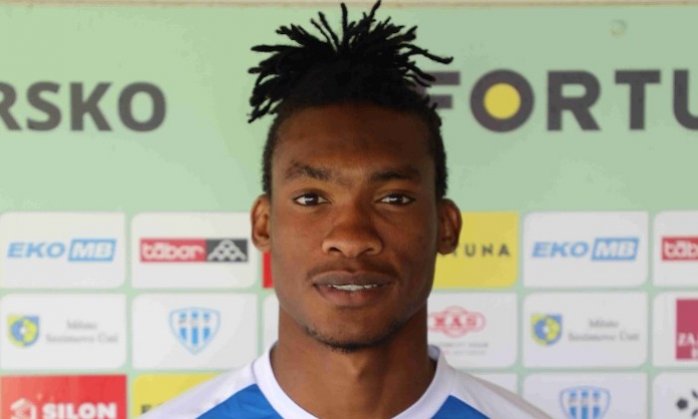 Nigerian striker Muhamed Tijani (21), who started playing football at the age of ten, is a guest at FC MAS Táborsko from Baník. In the current year of Fortuna: National League, he has already managed to score three goals and be eliminated in the last match in Jihlava. Although he will not be able to start against Líšeň in the next round, he will of course now support the seventh team of the table in the stands.

Coming to the Czech Republic, specifically to Baník Ostrava, was born in your nineteen …

“I left the mentioned academy in such a way that the manager sent a summary of my goals and a CV to the Czech Republic. I succeeded, I became a player of Baník and at the same time a representative of Nigeria in the youth category. “

You are a lot of guests from Baník, did you manage to get any starts for the A team?
“Yes. I joined the A team in the MOL Cup and in the league. Then I went to Karviná and Třinec. “

How difficult was it for you to relocate from Nigeria to Europe?
“It was a huge leap for me, a big change. In Europe, people have different behaviors, different mentalities, there is also different weather. The beginnings in Europe were very difficult for me, so I would like to thank everyone who helped me to do it. “

Do you measure 196 centimeters, is this an advantage or a handicap for you?
“I do not see a problem at my height. On the contrary, I try to take advantage of my physical strengths. I would like to thank Táborsko for another football opportunity, coach Brožek for his trust and all the teammates who help me. I will try to return everything to the team. “

And what exactly about Tábor?
“I heard it’s a historic city. So far I haven’t had much time getting to know him, my teammates and I have had coffee in several restaurants. I’m settling here so far, so give me more time…“

You have already scored three goals in the Tábor jersey, two of the penalties, one head against Chrudim. Which goal was the most important or the hardest?
“Every goal is important… But the most important was the one against Vyškov, I went to the field as a substitute player, I took responsibility for the penalty, which I turned. I’m glad we won the match. “

At least you will miss at home against Líšeň on October 17…
“I’ll go to the stadium and cheer.”