In 1978, Miroslav Strouhal bought a miserable Škoda Rapid OHV car from 1940 to have something to drive for a girl. He later took it and renovated the car for 30 years. See how a great veteran still goes to the cottage and shopping.

She won a prize at the veteran competition Concours d’Elegance at the German castle Bensberg, where she was included among the top 40 exhibits, she excelled at a show in Essen, and can also be seen at domestic events. According to the company archives, the unique sports Škoda Rapid OHV was created in only 101 copies, so this green beauty in perfect period condition is a truly prized veteran.

However, in addition to the magnificent castle courtyards and the sparkling lights of the exhibition headlights, this car also knows the self-service parking lot, experienced the transport of wood splitters and most often embarks on a nearly three-hour journey from Prague to picturesque southern Bohemia, where owners regularly go to the cottage.

“I drive normally because I don’t have others.” explains succinctly the owner. “What good would it do me? I’ve been going to work all my life by tram and train, it’s a nervous car around Prague, ”smiles the elegant man, who arrived in photography in period clothes. “If I need it, Rapid will take me.”

The unusual story of this car began to be written in 1940, when it was made in Mladá Boleslav. Apparently, the wealthier owner ordered the car, because the Škoda Rapid OHV was something extra at the time. From the original Rapid, a spacious and practical middle-class car that the car could afford in the 1930s, the OHV version differed in the jet body, as futuristic aerodynamic shapes were then called, and the more powerful engine.

Instead of a 1.4-liter four-cylinder car with SV distribution, the car received almost 16,000 OHVs and strengthened from 31 to 42 horsepower. With a standard three-speed transmission, the top speed was 110 km / h. However, Miroslav Strouhal’s specimen has 46 horsepower on the production plate and a stated speed of 120 km / h. The production at that time allowed for various modifications directly in the car factory, and so even though they do not mention such a variant of the encyclopedia, apparently at least one such piece was assembled for a customer in Czechoslovakia.

“I was looking for it and an acquaintance once found in my archive that a few cars had higher performance, allegedly some jets and convertibles. It was a factory modification, perhaps the grinding of the intake and exhaust pipes, “ explains the owner.

See also  Hundreds of thousands of new computers, books and clothes end up in the trash. This is what Amazon looks like when the goods are not sold

Look for the woman

However, when Mr. Strouhal bought his Rapid OHV in 1978, he did not do so at all for collecting reasons. It was a car that the previous owners had not spared at all, moreover, in socialist Czechoslovakia, the veteran scene was not developing in the 1970s. The owners kept the old cars alive simply because they needed to drive something. 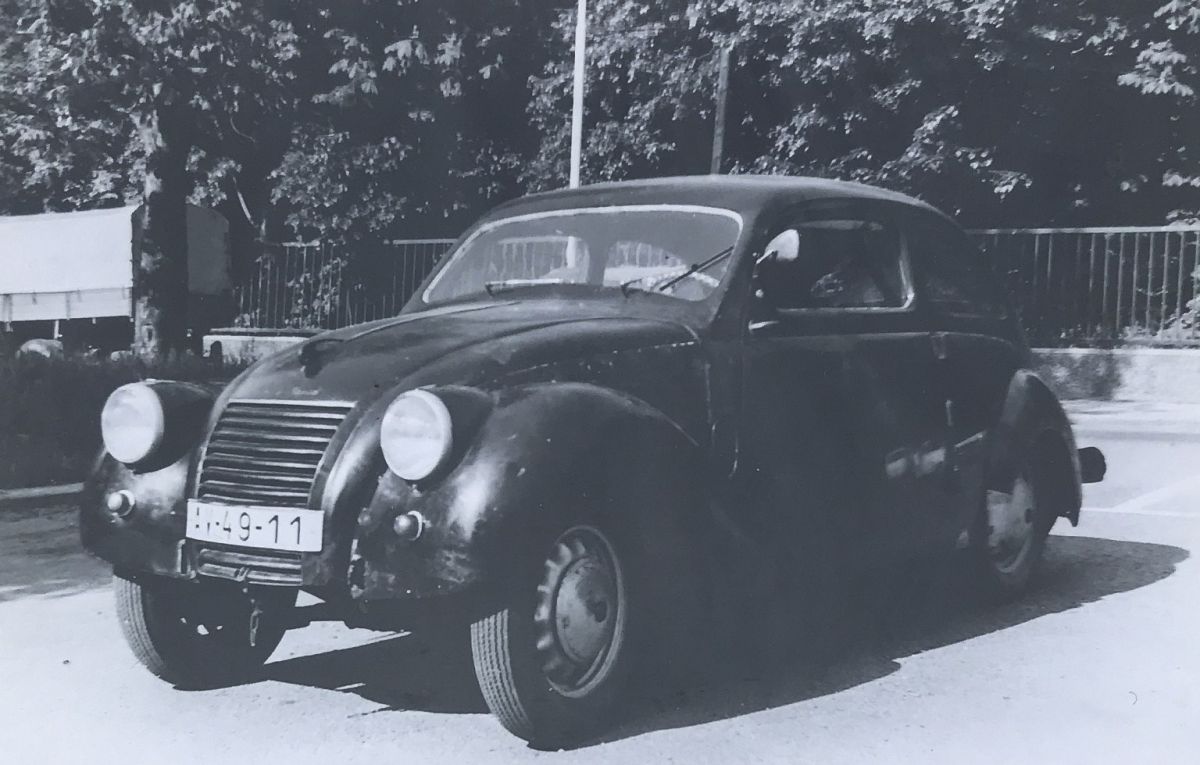 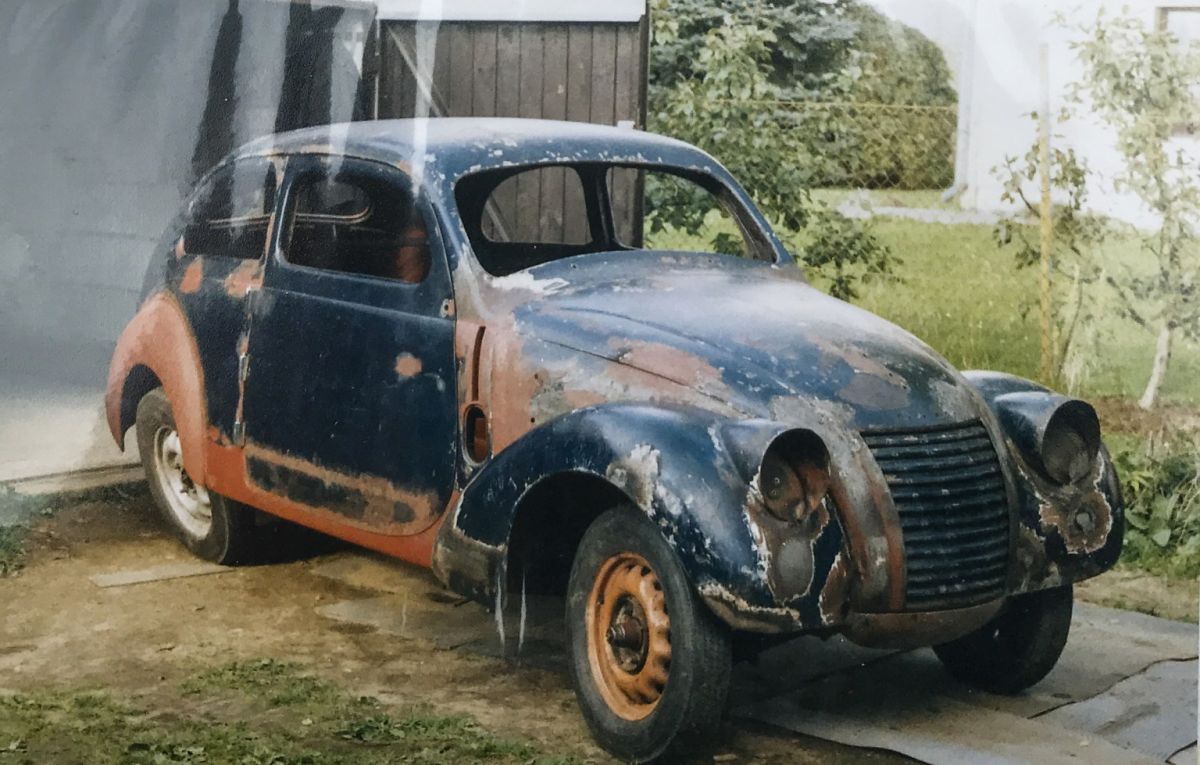 And this was also the case with Mr. Strouhal: he didn’t have any money left, but the car wanted to stop. As is the case in similar stories, the motive was love. But not to the veterans, but to the girl he needed to commute to. And as he hurried to the car, he nodded at a purchase that wasn’t exactly what he had imagined. Rapid wished, but standard, just like his father’s. But then he discovered an ad only on the OHV version.

“It was a complete coincidence that I fell into such a car. But the young lady was a serious acquaintance, so I just bought the car. The girl became my wife, today she is a grandmother, I am a grandfather and a veteran in the car, “ says Mr. Strouhal with a smile.

Parts cast on the stove

Shortly afterwards, however, the car went into a ditch during parking and crumpled its entire bow. The young enthusiastic owner did not make a head out of the crimped sheets. He knew the car would need repairs anyway, and he estimated the work to be five summer vacations. Many parts could be obtained on stock exchanges, and as a mechanical locksmith he believed that he would simply produce something. But as he plunged into the renovation, he discovered more and more components he wanted to keep in perfect condition. In the end, working on the car took him thirty years.

The romantic story has become a saga of incredible diligence and determination, but also skill and unquenchable energy. “I did a general, from the engine, through the axles to the body. What could be saved, I saved, I made new thresholds, logs, sheets. I also made new pin bushings, I cast the steering myself. I also didn’t succeed right away, I had to finish something on the stove at home. Once it splashed next to me in a soup pot, “ eternal optimist having fun.

See also  CTS Eventim: The numbers show - the ticket vendor is one of the big losers in the crisis - is the company threatened with bankruptcy?

Mrs. Strouhalová also added a hand to the work. “She helped as much as she could, and today she goes with me to veteran events and takes care of our wardrobe so that she is period. We once received an award for the most stylish clothing. “

However, Mr. Strouhal also embarked on more complex operations himself. The previous owner installed a four-speed transmission to make the car quieter, today the car has the original, three-speed one back. There are also original details, such as an adjustable blind at the rear window or a cable-operated screen in front of the radiator, for faster engine warm-up in winter.

There are only a few extra things on the car: for example, non-original, but of course period, and also easily removable turn signals. The car originally had only inconspicuous tilting levers, which the drivers would easily overlook in current traffic.

“Because I usually drive a car, I also have daytime running lights there, discreetly hidden above the headlights. And if I happen to need to back up at night, I’ll take a magnetic flashlight out of my suitcase, which I can attach to the bumper. “ describes a few necessary conveniences for today’s world.

He can even indulge in music to distract. The first owner equipped Rapid with a very luxurious accessory for his time in the form of a Mende lamp car radio. To this day, he plays nicely and the music from the medium-wave stations sounds like a crackling gramophone record from a film for witnesses in a perfectly renovated interior.

To the Alps for a holiday, but also to a hypermarket

He completed the renovation in 2010. He reset the mileage indicator and is just enjoying his life’s work. In ten years, he drove 24,600 kilometers with the ŠKODA Rapid OHV of 1940. He has his car hidden in the garage during the winter, but every summer he takes it on a trip to a cottage in southern Bohemia. These are not sleepy rides, but a real departure for a summer stay: the spacious interior sometimes loads up to the roof. He drove the furthest car to Switzerland, when he fulfilled his dream of a trip to the Alps. 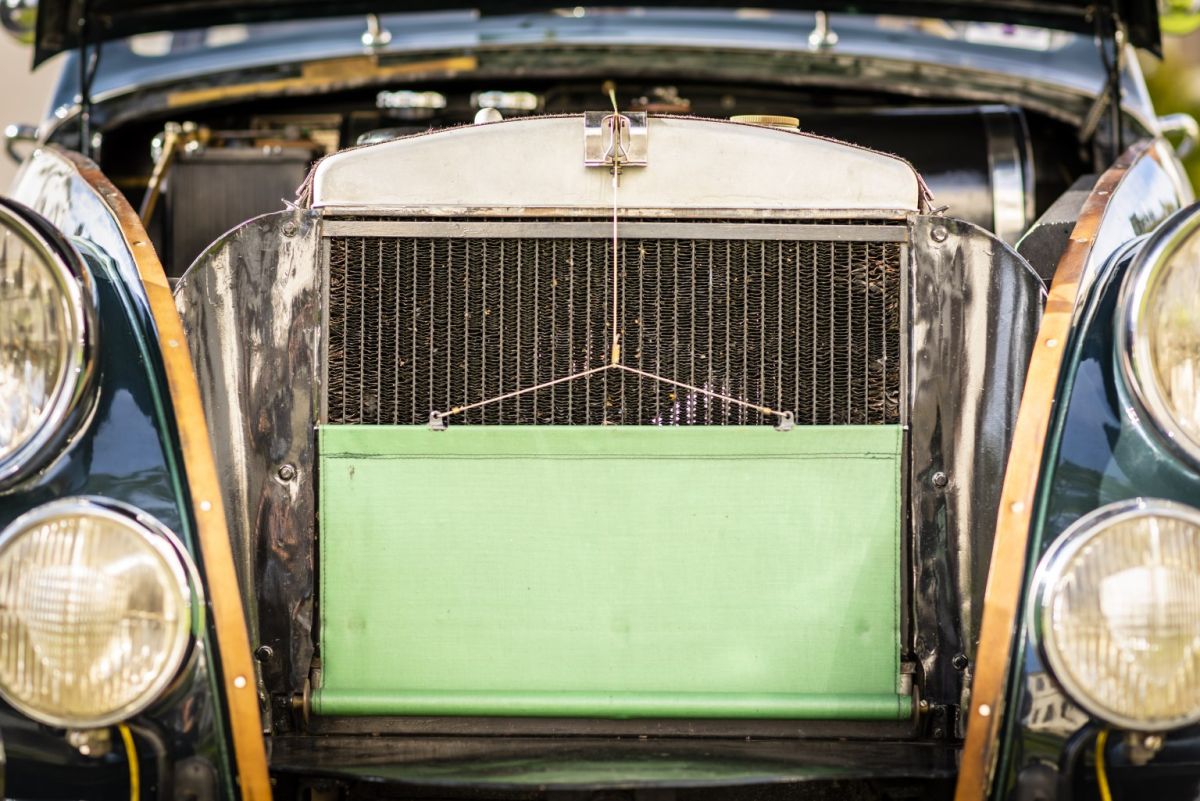 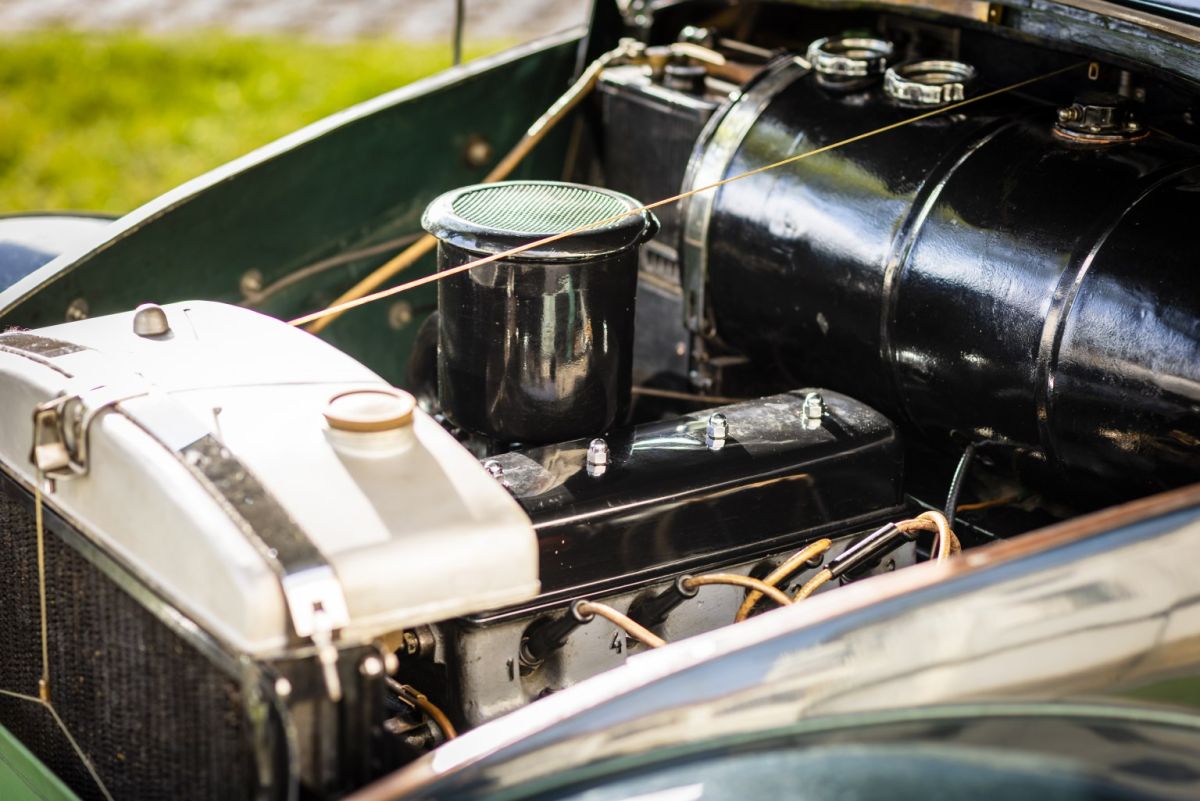 “Sometimes we also have to buy, once I even carried a wood splitter in the car. When the sellers in the hypermarket saw where I wanted to stuff it, they didn’t want to put it there at all! I had to persuade them to, of course, have a board and blankets in the car so that nothing would be damaged. “ says the owner amused.

When driving for photography, it can be seen that he has a veteran in his hand. He is not afraid to join and keeps pace with cars eight decades younger. As he says, he doesn’t want to slow down others, but he has to think for them while driving. Its age-old piece was built into a very different operation, it also has no brakes like today’s cars. In addition, it rides heavily: the suitcase is still loaded with a pile of parts, if only a well-maintained specimen needs something during the ride.

“I carry with me not only the original spare wheel, but also the head gasket, spool, spark plugs, V-belt and plenty of tools. So it used to be quite common, I have to take into account that Rapid is old. But I still enjoy it and I feel that the car also enjoys driving, “ farewell Miroslav Strouhal.