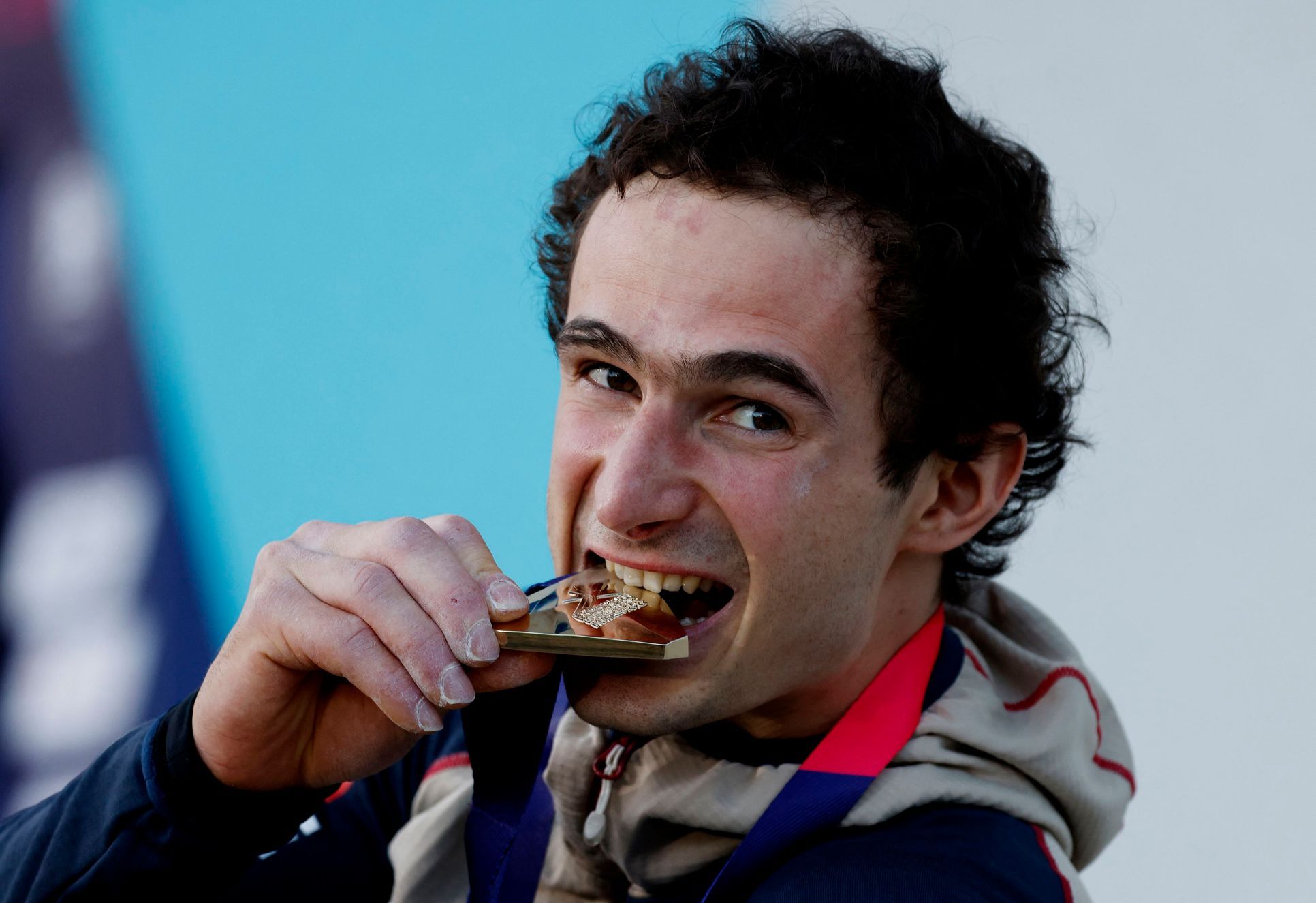 He was tired, he was gripped by doubts, but in the end Adam Ondra turned the final of the European Difficulty Climbing Championship into a golden triumph. “Now the energy is great,” laughed the golden hero after Sunday’s victory in Munich.

The semi-final was extremely difficult for Ondra. It didn’t go well from the start. “I imagined the journey a little differently. The beginning was not so demanding, but I expected it to be a little easier,” Ondra described.

According to his own words, he was a bit thrown when he made a few mistakes. “I got nervous, I wasn’t in the right mental state. And in the last ten steps I was already fighting for my life,” admitted the Czech climbing ace.

This was also reflected in his exhaustion after the semifinals. “The fatigue after such a long fight, when you fight for every step for a minute at a time, is greater than when you keep climbing and suddenly a harder step knocks you down,” he compared.

Before the climax of the competition, he was so tired that he feared he would be among the last in the final. “So I laid down and took a nap,” he revealed. “I still felt absolutely terrible, but gradually I woke up,” he added.

However, what helped him the most was when he saw on the tour which route would decide the medalists. “I saw that I might like her. That kicked me back,” Ondra described his best life booster. “And when I was already on my way, I believed that it could be good,” he gloated.

However, at a critical moment at the end of his performance, he was running out of strength. “That move was very demanding. I was thinking of going to the next hold with the right, I knew I wouldn’t do that anymore, tactically I chose to go there with the left so that at least the next hold would count for me, but suddenly it turned off and I was in the air “, described the Czech climbing star. “I was a bit sad because I thought that Jakob Schubert would fall the same way and win thanks to a better semi-final,” he admitted.

But the Austrian semi-final winner did not overcome him. “In the end, the head decided when he was afraid to take a risk in one place,” thought Ondra.

“When I looked at him, he climbed really confidently and calmly for the first half. But at one point he was afraid to step on a rather precarious step. In the end, he solved it differently, much more physically, much more powerfully, he lost a lot of strength and then he started to climb a lot to fight. At that moment I already believed that it could work out,” Ondra returned to the moments when he watched his opponent from below.

He doesn’t like waiting for a fellow climber to make a mistake. “It’s absolutely terrible, I hate it. That’s why I prefer to win the semi-final to be spared,” he said with a smile.

After the announcement ceremony and with the gold in his possession, he was visibly full of energy. “If I had been eighth, I would have looked significantly different. But the energy after the final is great. I think it will help me in the regeneration in the next three days and preparation for the next race in the combined,” he was already thinking about the next event.

At the European Championship, he will fight for the precious metal on Thursday in the new format of the Olympic combination consisting of difficulty and bouldering. He was third in individual bouldering on Saturday.

Before the combination, however, he will leave the venue of the European Championship for a while. “Now I actually have a three-day break and Munich is not that far away, so tomorrow morning I’m going to see my family and I won’t be back until the next two days just before the combine,” he looked forward.

“I will definitely rest better at home and forget that there are any races, and then I will quickly come here to race again,” he planned.