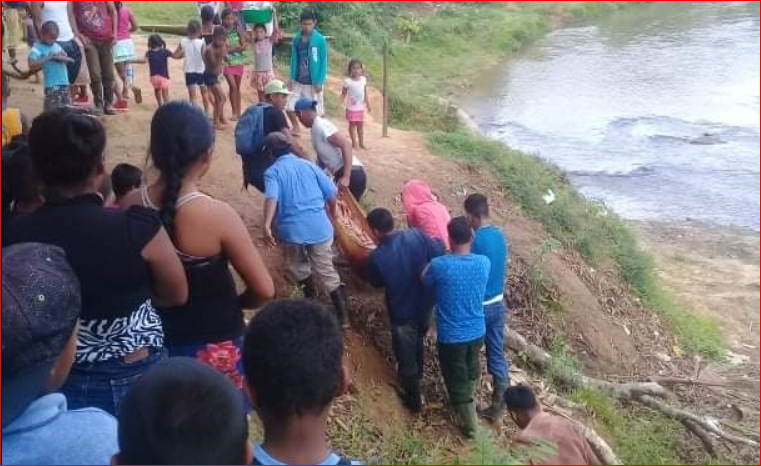 The Inter-American Commission on Human Rights (IACHR) condemned the recent attack perpetrated against indigenous people, which left three Mayangnas murdered in the Wasakin community, Rosita, in the Northern Caribbean, last week, and assured that it documents the pattern of attacks by settlers on indigenous communities, which tend to remain in impunity.

These attacks “violate the rights of access to the territory, integrity and life of communities and individuals,” the IACHR said this Tuesday, through its Twitter account. Ensures that they have received complaints from the affected communities and Nicaraguan civil society sources consulted by the Special Follow-up Mechanism for Nicaragua (Meseni) said that these attacks were perpetrated by settlers.

The Mayangna people mourned again for the murders of Dunez Morales Rodolfo, 28; Mildo Dolores Morales, 35, and Rubén Jacobo Benlis, 36, from the Wasakin community, occurred this Thursday, March 26, when, according to the version of the Orteguista Police, a group of Miskitos arrived on the lands of the community members. with the intention of evicting them and attacked them with firearms.

Read also: IACHR asks the Inter-American Court to extend provisional measures for the Santa Clara Miskitu community due to serious acts of violence

The community members have pointed out, for their part, that the violence in the different indigenous communities is due to the invasion of third parties or settlers, who constantly threaten them with death, have generated forced displacement and have even caused them to go hungry because the indigenous people do not they can go out to work their fields or hunt because it is risky, they risk losing their lives.

Despite the fact that at least four attacks have been reported by indigenous people so far this year: Alal community on January 29; Santa Clara indigenous community, in Waspam, North Caribbean, in which the Miskito teenager, Diajaira Lacayo Wislow, received a bullet impact in the middle of the jaw; in Wisconsin they left a letter with threats of war from the settlers or invaders, and this Thursday, three other people were murdered, the Police still do not pronounce on forceful actions to stop the violence that reigns in the area.

Read also: They kill three Mayangnas in the Wasakin community, in Rosita

In a statement, the Moskitia Indigenous Youth Movement – Mark Rivas, by its acronym MOJIMM, and the Prilaka Community Indigenous Movement, said that, in a preliminary way, they knew of three other people killed in the Ibu Miskitu community, but they would be making sure of the facts.

The IACHR assured that «It also learned that at least two people died of injuries caused the next day (in the attack on Mayangnas), in that same territory: a member of the Mayangna people and a person belonging to the Ibu community, of the Miskitu people ».

He also urged the State to take measures to avoid future attacks on indigenous peoples, to investigate impartially, punish those responsible and make reparations to the victims