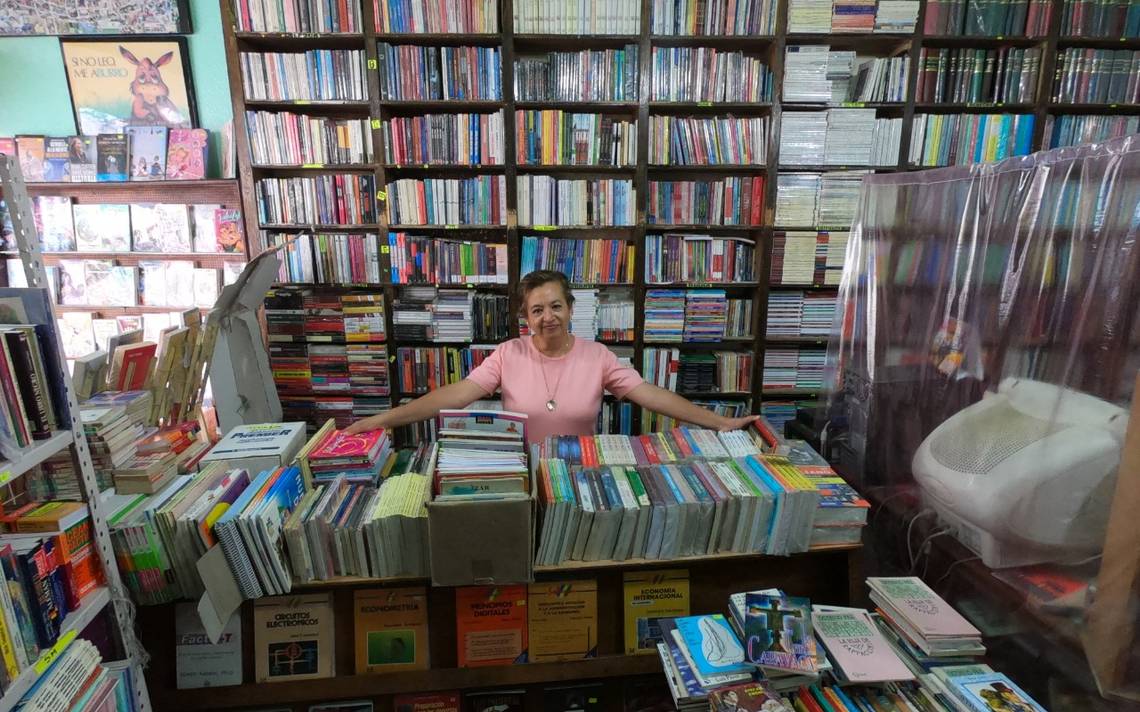 It is barely around 10 in the morning and Ana Lidia Ibáñez is already behind her counter and the shelves with the piles of books. It has been a habit that has continued since her childhood, when her mother would rush her to put books away after school.

“My mother could be here in the bookstore until one in the morning, waiting for my father with the book orders“recalls Ana Lidia.

It seems that what counts is a final quote or the last paragraph of a book, because the Ibáñez Library on Miguel Hidalgo Street it will lower its curtain before December 31 of this year.

It was Covid-19 and the health of Mrs. María Martha Yáñez de Ibáñez, which forced the family of booksellers to make that decision.

“It is the oldest in Toluca“explains Ana Lidia. But after six decades, two earthquakes and several crises, Covid-19, is the only thing that has been stronger than the foundations of this old reading house.

To get rid of some books, the store wears 15%, 30% discount signs and even some selected copies have a 70% discount. It was not usual to put those stamps on the copies, because each Ibáñez book is new, says Ana Lidia.

“Our bookstore did not give offers, on the grounds that all the books are new“, Explain.

10:00 hours pass and there are already some customers at local 402 in Hidalgo. At the entrance, Ana Lidia and her daughter Daniela hung a canvas to advertise the 70% discount on selected books. Next to it is a print with a drawn burrito and the slogan that says: “If I don’t read, I’m bored.” Ana Lidia says that because of that stamp, clients named her the “Burrito Library”.

“That’s how some people know her more,” laughs the merchant with a somewhat hard and nostalgic face. Now the bookstore counters are separated with transparent rubber and at the entrance they put a bottle of antibacterial gel. The oilcloth blurs the view of the books in the background and covers a computer for daily use, which is the only technology used by Ibáñez.

Dona María Martha did not like gadgets, says her daughter. “She was all about doing it with memory, we couldn’t even use a calculator“, remember.

Little changed inside the Ibáñez Bookstore in 68 years, the shelf looks in the same place, only some editions have been changed from one end to the other. The novels are on the right side, in several rows, while the law and medicine editions at the other end and at the back, behind the main counter, are the entire collection of textbooks and the “Know Tales” series.

These latest titles have been the strength of the Ibáñez bookstore, with customers who order, put aside and consume more books. In the early years there were lines of students outside waiting for a copy, recalls Ana Lidia. She is a nurse by profession, but she followed her parents’ trade more and the love for books.

“The students waited until evening for a copy that my father supplied from Mexico City“, he comments.

The books have been moved a few times, but in the end, they are still there. What did change three times was the local number and the street name. Before it used to be Morelos, and the business number started with 32, then it became 304 and is currently 402.

The small bookstore houses no less than 20 thousand copies, and perhaps more, that is why it hurts the family to close the place. For now it is ambiguous to say what will happen to them, they are already thinking of donating them to schools or selling them to another bookstore.

While Ana Lidia was talking, a couple of young students came in and took two books that were put on the shelf of 1 for 30 pesos and 2 for 50 pesos. Also a family that came for textbooks. Those clients are the most frequent.

Daniela, Ana Lidia’s daughter It will be the last generation to see the Ibáñez bookstore standing., because they close in December.

But the Ibáñez Bookstore has not been the only one that has closed recently, it also closed the Cristal, Imagen and recently, Morelos.

Don Juan Ignacio Ibáñez García and Doña María Martha Yáñez y de Ibáñez, were the first to build a bookstore from Mexico City in Toluca, but now the virus and its pandemic have forced the curtain to be lowered. It is a final decision, Ana Lidia repeats.