We were recently talking about how IBM had managed to double the capacity of its quantum computer and reach 65 qubits, but that figure is going to stay very small in a few years.

The company has published for the first time its roadmap in this segment, and its purpose is to – at least – double that capacity annually to achieve over 1,000 qubits on your quantum computer by the end of 2023. That improvement, by the way, will not come alone.

Having more qubits is only part of the future

At IBM they have indicated that they intend to have a 127 qubit quantum computer next year, but there will be an even greater jump in 2022, when they expect almost quadruple that capacity and reach the 433 qubits.

To achieve this, its engineers are developing a dissolution chiller capable of containing the temperatures of these increasingly larger chips, and also creating the technology capable of combine the power of all those units similar to what today’s multiprocessor systems do.

Darío Gil, director of IBM Research, explained at TechCrunch how by the end of 2023 they hope to have a 1,121 qubit quantum computer which will offer notable advantages in this field, but above all a fundamental one: reducing the error rate.

Error rates, interconnections and quantum algorithms in the spotlight

This is one of the great problems in quantum computing. The current rate is around 1%, a figure that might seem small but is unsustainable in many areas. With this type of quantum computer, Gil states, the aim is to reduce it to 0.0001%. 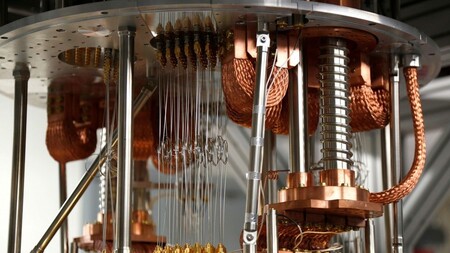 Not only that, explains this manager: the quantum computers that enclose these “refrigerators” will get bigger and bigger and will need network to work together, something that is by no means trivial.

To that is added another challenge: that of developing quantum algorithms that adapt to this new type of computing. The classical approaches are not ideal for this type of computers, Gil points out, indicating how when working with these machines, developers will probably access “libraries of quantum circuits”, using the concept of circuits instead of qubits.

In fact, it seems that IBM’s vision is to have not a single quantum processor, but different designs and topologies that adapt to each situation. The promised quantum computing revolution seems to be still far away -especially when understanding how it can help us is already complex in itself-, but it seems that IBM is clear that this revolution will take place.