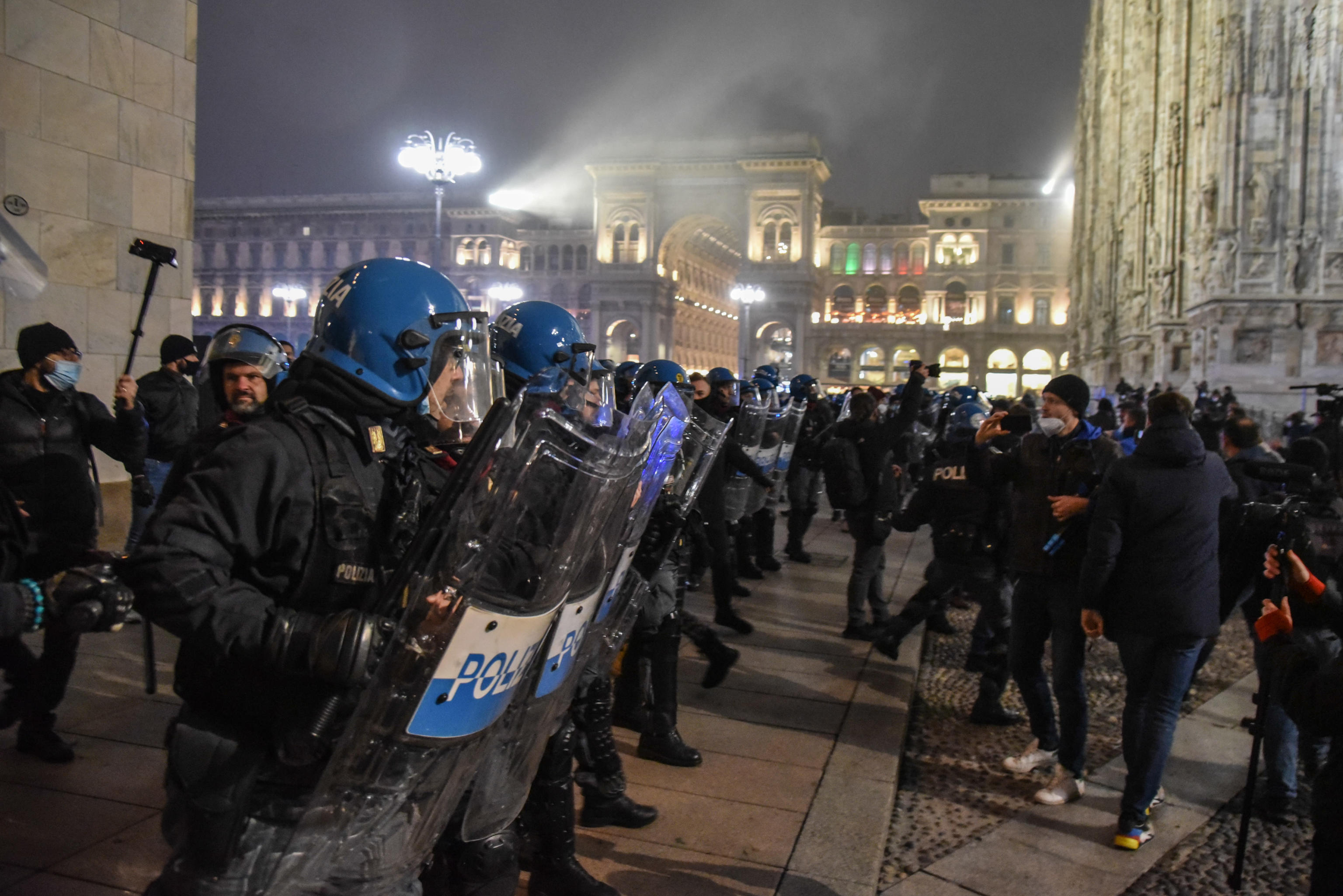 Prevent and contain. Report and lock up. With this strategy, the police managed yet another Saturday of protest against the green pass in Milan. Making it virtually harmless for city mobility and shopping. Identification starts already around 4 pm, when the start of the demonstration is scheduled for an hour later. They leave in procession, they do not go more than 100 meters and are stopped by the cordons of the carabinieri and police. The script is the same as on the previous Saturday: a well-established formula. There are some moments of tension – with a woman biting a police officer on the hand refusing to give an identity document – but in general the dynamics are always the same in Piazza Duomo: groups of demonstrators who are isolated by the forces of the order, the invitation to leave, the identification of the most agitated.

The numbers of the event

According to what the Corriere della Sera yesterday in Milan they were identified 257 people, two urban and enforced Daspo were started 31 removal orders e 49 fines for the occupation of urban areas and two complaints. Two people reported: a man of 57 years old for resistance to public official and one of 62 for the same offense – did not want to “provide his personal details”. To what is now there 18esima demonstration the participants are a thousand and they remain in quantities very far from the announcements, chat and Telegram groups.

The “new course” started last Saturday and is therefore confirmed also for yesterday, November 20 Nelle 16 times preceding the processions (with a number of demonstrators ranging between 5 e i 10mila) had effectively blocked the city and the shopping streets. Now, explains the Corriere, the strategy of the commissioner Giuseppe Petronzi is clear: thanks also to the innovations decided by the Ministry of the Interior, the “trick” is to “to block“Marches and demonstrations in the bud. The No Green Passes have refused any mediation and do not want to send notices to the police station. The announcement, for them, only passes through Telegram and social networks. The appeal for yesterday was to occupy and defend the place that has become a symbol of the protests, namely Piazza Fontana. But in the square the demonstrators found only riot police officers to stop and identify the arriving people. At one point the demonstrators tried to react, removing barriers and trying to reach Via Cardinal Martini. They were isolated and the attempted march was stopped, while several people were identified.