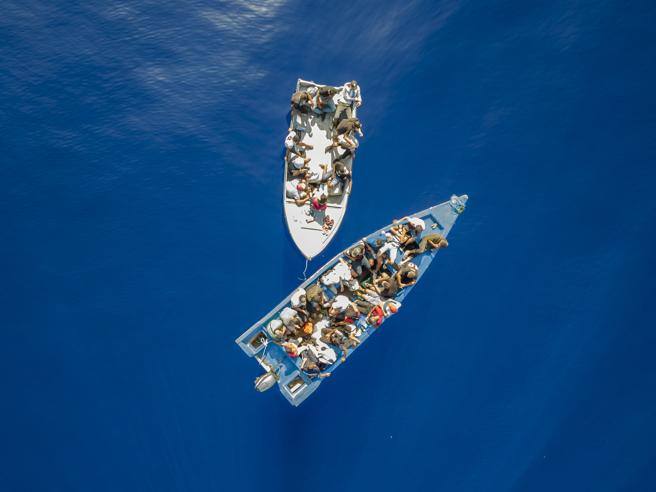 The head of Ennahda: we risk slipping into chaos, terrorism can grow

FROM OUR REPORT TO TUNIS
“We’re all in this together. We Tunisians, Europe, especially you Italians. If democracy is not restored in Tunisia soon, we will quickly slip into chaos. Terrorism can grow, destabilization will push people to leave, in any way. Over 500,000 Tunisian migrants could try to reach the Italian coasts in a very short time ». The eighty year old Rashid Ghannouchi, leader of the Islamic party Ennahda, is today at the heart of the political storm triggered last Sunday by President Kais Saied with the choice to resign the government and freeze parliament for at least 30 days. As soon as he was discharged from the hospital to be treated for the Covid that infests the entire country, his words are clear and worrying. Yesterday we met him for forty minutes in his office.

How do you judge President Saied’s move?
“We reject all his decisions. He made very serious mistakes, a coup d’état, he acted against the constitution. An outlaw who would like to summarize the three powers: executive, legislative and judicial ».

What will you do?
“We will resist by all peaceful and legal means. We will fight for the return of democracy. He must understand that parliament must return to the center of the state’s decision-making mechanisms ”.

Do you have contact with him?
“Not yet. But I will try it. The impasse can still be resolved with dialogue. In any case, he must be told that each of his government or prime minister designated by him must be legitimized by the current parliament. There is no other way ».

But it seems that the president is very popular. People accuse Ennahda and other parties of being corrupt and causing the economic crisis and health failure against Covid.
«Unfounded accusations. It was Saied himself who chose Hichem Mechichi last year, the prime minister just fired, we didn’t have any minister in his cabinet. We agreed to support it only to avoid a government vacuum. We have no responsibility in the management of economic affairs and in the collapse of health care ”.

How do you explain the strong popular anger against you?
«I do not deny the existence of this anger. Unemployment and high cost of living poison civil coexistence. The Tunisians are not happy, it is evident. Covid has made everything more difficult. But here the media and especially social media have a serious responsibility in manipulating resentment. Kind of like it was in Britain with Brexit and the role of misinformation inspired by Moscow to make Trump win against Ms. Clinton. Saied has imposed himself with his populism by exploiting discontent. Public opinion has forgotten that from 2011 to today we have led the government only from 2012 to 2013, two out of ten years. We were able to bring economic growth back to plus 3%, today we are at minus 8%, a drop of 11 points. Our popularity remains high, as evidenced by the fact that at least half of the municipal councilors across the country are members of our party. On February 27, over 200,000 people marched in Tunis in support of Ennahda ».

Do you see a problem of violence on the horizon?
“Of course, if the coup d’état continues and if the police have to resort to dictatorial means, including torture and assassinations, I don’t rule it out at all. We will do everything we can to avoid this, but we cannot guarantee that it will not happen. At that point the whole Mediterranean basin will be hit with urgent gravity. France and Italy will find themselves in the front row having to guarantee their safety also to control the growing flow of migrants on boats ».

How can Italy try to intervene?
«It is necessary that your government, together with Europe, help us to restore democracy and our sovereignty. You have the tools to do it. Your diplomatic pressure on President Saied and his entourage is needed. All together we must absolutely prevent anarchy and violence from affecting Tunisia ”.

See also  The grand-mother of Maddie McCann, Eileen, very active in the search for his granddaughter, who died of coronavirus