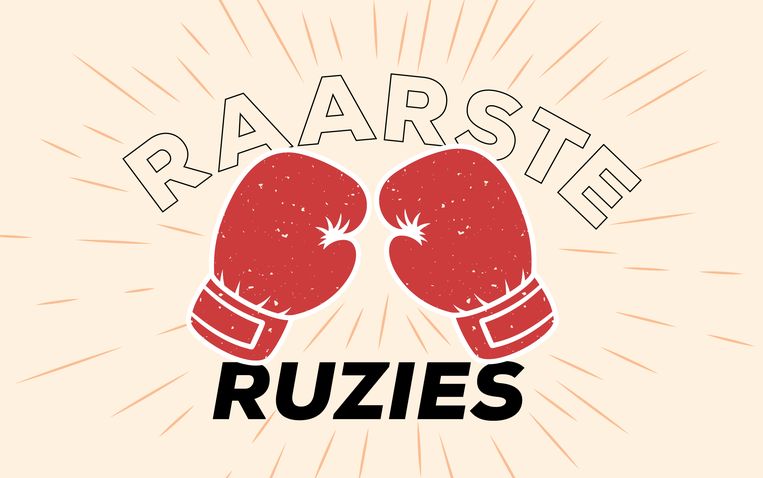 “My husband has had a new job for six months. That was a very exciting step. He had been working for his previous employer for almost 20 years. I often wondered at the time whether it was a smart idea to stop there. Firstly because of his age – find something new when you are 58 – secondly because I know what he is like. He’s not very good at change at all. Was he fine there? He knew his duties and colleagues, his boss was satisfied and he had a permanent contract. Then why would you jump in at the deep end? I can’t imagine it myself. I have been working for the same employer since I was 18.

But my husband was sure, he wanted to leave. ‘I miss a challenge,’ he often said. I then wondered if he was so sure. He’s not the type who likes to learn new things. He does everything in his own way. I told him that too, but he didn’t listen. He started applying for jobs in good spirits.

He partly proved me wrong: he found a new job very quickly. I did not expect that. When he came home with that news, I was shocked. “Are you really sure?” I asked him twenty times. He was sure. In fact, ever since he got the news, he was beaming like never before. Then it will be all right, I thought. We went out for dinner to celebrate. We did that again when he signed his contract a few weeks later. When he came home to his old employer after his last day at work, I looked at him inquiringly. I expected emotion. “Did you cry?” I asked him. ‘No, not at all’, he let me know, his goodbye felt like a great relief.

Dead tired after the first day at work

On his first day at work, I was tense again. Would he like it? When I could finally ask him in the evening, he was dead tired, but in a positive mood. It had gone well and his colleagues seemed nice. I spent the rest of the week trying to get more information out of it, but got nothing out of it. Too tired of all the new impressions. It must be part of it, I thought.

He called in sick

It was only after three weeks that I noticed that things were not going well at all. In the middle of the day he suddenly found himself in the hallway. It looked as if he had cried. He just wouldn’t admit it. “I called in sick, I’m going to bed,” he said. He slept continuously until late at night. The next day he called in sick again. Then followed the weekend, which he mostly spent on the couch. ‘What do you feel then? Do you have a cold? Nauseous? Headache?’ I kept asking him. He didn’t know, he was mostly very tired.

The high word came out

The following weeks I experienced as horrible. My husband was a shadow of himself. He didn’t do anything or say anything, but I had no idea what was going on. He didn’t seem to care about his new job, while I was terrified that they would fire him. At my insistence, he went to the family doctor and then to a company doctor. Then the big word came out: “I’m probably burned out,” he said. ‘A burnout? But you’ve only been working there for a few weeks’, I responded.

It’s taking me too long

My husband has been at home for months now. He hardly goes out, only to talk to the company doctor. He has made a plan with him about his return to the workplace. If that’s the case, it’s going to take months. And actually, if I’m being very honest, that takes way too long for me.

I’m ashamed of his burnout

My husband and I have argued a lot since his diagnosis. What bothers me most is that he wants to be very open with everything and everyone about his burnout. Everyone should know that he hasn’t done anything for months. That he had to quit after a few weeks at his new job. I don’t need that at all. ‘Don’t tell them about your burnout,’ I once said to him when friends of ours came to dinner. That made him furious, because why shouldn’t they know that? What I dare not say is that I’m just a little ashamed. We got along so well, and now I have a man who just lays on the couch.

‘A burnout? Isn’t that more for the younger generation? Who are all too spoiled to work?’ an old friend of mine reacted when I told her. I had to admit that I sometimes thought that myself. Conversely, my husband accuses me of not understanding the situation. He lacks support. I have to admit that sometimes I can’t help but say, “See you shouldn’t have switched jobs.” If he had listened to me, we would have been spared all this misery.”

Do you also have such a story? Tell us about your weirdest fight by filling in the form below and maybe it will appear on Libelle.nl soon. We ask you to tell the story as extensively as possible. It can of course be anonymous.

See also  A beautiful and famous artist in Egypt announces the marriage of a dog and cohabitation with him like husbands, and the shock afflicts her Egyptian audience... You will not believe who she is.!!