The Montreal Impact made its debut in MLS on March 10, 2012. It was more than eight years ago (already).

Over the years, this team, let’s be frank, has made us experience emotions as intense as they are opposed. With all the twists and turns offered by the club, we sometimes have the impression that it has been evolving within the Garber circuit for 25 years!

The Marco Di Vaio period, the discovery of Nacho Piatti and the fantastic story that followed, the course in the Champions League in 2015, the arrival with great fanfare of Didier Drogba, the qualifiers in 2016 … These moments , all as grandiose as each other, will never be forgotten by the supporters. But the euphoria generated by these wonderful pieces of history also has a perverse effect.

For several seasons, the die-hards of the Bleu-blanc-noir have been pampered, either by the results on the field, or by the arrival of legendary, promising or exciting players or characters (or even all three, in some cases!).

But there. For three years, performances on the lawn have been mixed and amateurs, who have become accustomed (perhaps addicted?) To strong emotions, do not receive the dose of success and adrenaline to which they have been accustomed during the first five years. club in MLS.

The Impact, too inconstant and in constant search of a strong identity, has not qualified for the MLS Cup playoffs since 2016. Excluding the (very impressive, it must be said) triumph of last year in the final of the Canadian Championship, the Montreal eleven did not give much to his supporters in recent seasons.

Result? The slightest misstep by the club now sets off a wave of negativity and questioning in the IMFC community. Can we blame the club’s fans? Absolutely not! They have the right to want their club to perform.

But in life as in professional sport, it is sometimes necessary to take a small step back to understand (and accept) certain things.

The author of his lines, also very emotional and uncompromising when it comes to discussing the Impact’s performances, took the initiative to phone TVA Sports soccer analyst Vincent Destouches.

The latter wanted to put certain points into perspective. For Destouches, it is only natural that fans have high expectations of their club. But, he wants to clarify, the arrivals of Thierry Henry and Olivier Renard in the bosom of the team have so far demonstrated beautiful things and suggest that the return of happy days is perhaps not so far. You still have to be patient, however.

Complete analysis of the present and the future of the Montreal Impact with Vincent Destouches.

Let’s be frank: since Didier Drogba’s departure in 2017, the Impact has never been able to field a center-forward knowing how to be decisive over a long period.

Maxi Urruti is a hard worker and we can’t fault him on the effort side, but he never knew how to make the difference in the final third.

Anthony Jackson-Hamel has obvious physical qualities and has proven he can score in MLS, but the past has shown he performs much better when used late in the game.

After a few tries, we also understood that Bojan was more comfortable on the lane than in the center of playing the role of scorer. His quality as a dribbler is indisputable, but his small size complicates his life against the imposing full backs of the MLS.

Orji Okwonkwo, more used as a winger, has a few times been placed in the chair of the attacker. If his speed has never been a problem, his lack of ease at the technical level has already cost him (and still costs him!) Several goals.

The friendly Dominic Oduro had much the same problem as him.

Otherwise, Matteo Mancosu had a good time with the Impact, but he was short of physical resources at the end of his stay.

Quincy Amarikwa? A fellow strong as an ox, but with very doubtful technical skills …

Oh, there is Romell Quioto who is doing an excellent job on the attack front right now. But can a team really aspire to the championship with this player as a catalyst?

After seeing a legend like Didier Drogba evolve, it would have been unfair, on the part of the supporters, to expect a second metronome to take its place immediately. 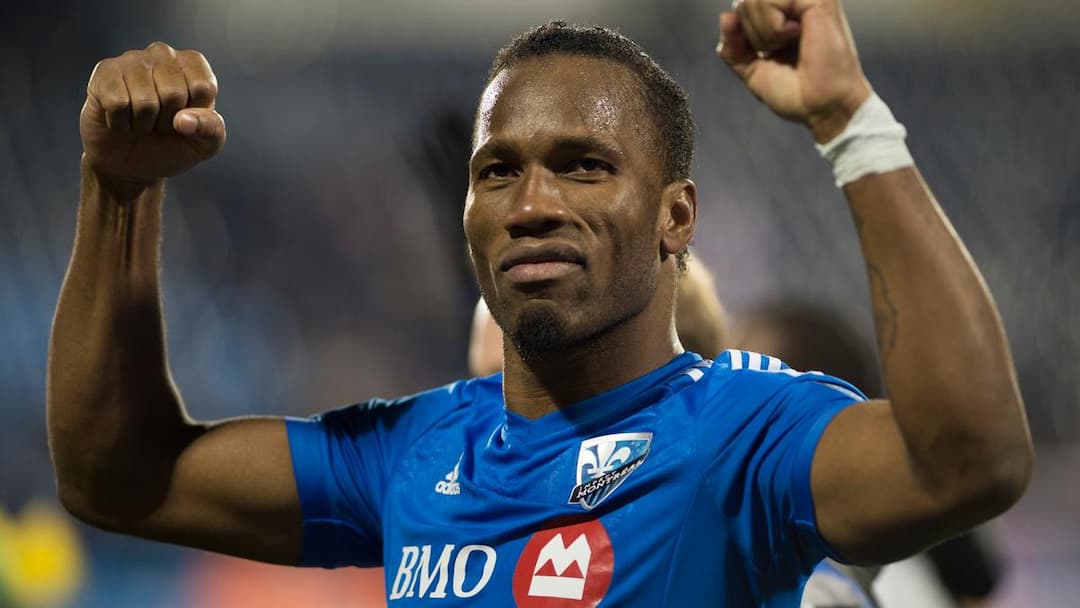 But three years have now passed without any player being able to establish himself as a REGULAR scorer within the club. And that, whatever we say, is a problem. What does Vincent Destouches think of this?

“It’s not that the Impact didn’t spend to go and look for forwards. It is that the leaders spent badly and made bad decisions. If we look at among the five highest paid Impact players, we also find two forwards: Maxi Urruti and Bojan.

“So the Impact did not hesitate to extend tickets to attract guys who had to score goals. But if we discuss it frankly, the profile of these players was perhaps not the right one for the Impact. We must therefore question the decisions that were taken at a given time. Except that from the moment they were taken, it’s not that easy to undo what was done, especially in MLS.

“I often hear people asking for a striker, but you can’t stack players. Even less when you live in a league where there is a salary cap. Everyone is aware that there is a huge gap on the front of the attack. But this problem, a priori, can only be resolved with departures, which will then make room for the team’s payroll.

“It will inevitably take starts. Because the decisions were made, but they were badly taken. And that’s why the Impact is paying the price today. ”

Vincent Destouches put his finger on the sore by talking about bad decisions.

Several lucrative contracts awarded to players who do not play up to the value of their agreement prevent the Impact from making significant progress.

The good news is that these contracts don’t last forever. On this subject, that we will reserve the next weeks / months?

“Urruti’s deal will still be valid in 2021. Bojan’s, however, must end after this season. Bojan has an option for next year, but that option would do a nominated player a lot of good.

“Honestly I think Bojan is the most likely fuse to blow because you have to make room and he hasn’t really convinced so far. I have a hard time believing that the Impact will keep his services and name him designated player next year.

“By leaving, Bojan would free up a certain financial margin and the Impact could then recruit. Ideally, there should be a few other departures among the major employees of the team so that Olivier Renard has greater latitude. ”

Big plans for the attack?

And when the money becomes available again, things could quickly get interesting, the analyst says.

“I can’t say who will come, but I can confirm to you, and I know it from good sources, that Thierry Henry has received a lot of calls from players who would like to come and join him in Montreal. A bit like it worked with Victor Wanyama.

“Since the start of the Henry-Renard era, we have been told that it is important to count on young people with great potential. The best example of this, in my opinion, is Luis Binks. Precisely, there is something that we have perhaps not sufficiently developed at the Impact and that is to attract young designated players within the club.

“There are therefore, in my opinion, two options in this objective of revitalizing the attack front. Either we manage to bring in a confirmed player via Thierry Henry’s vast network, or we find a young nugget via that of Olivier Renard, and we assess the possibility of granting him the title of designated player. ”

What to expect from the Impact?

As we said earlier, the last three years have not been the most glorious for the Montreal Impact.

When asked what types of seasons the club could offer us in the coming years, Vincent Destouches has a very interesting projection.

“The accumulation of disappointments and defeats has made the community of Impact supporters extremely fragile. Sometimes we even react with too much emotion. We are made allergic to the words “project”, “patience” and “plan”. In the end, we will have to wait and let the new management work during the mercatos.

“The fans, I know, have heard these words before and they weren’t happy. But unfortunately this is the recipe for progress. We must not be cynical after each defeat … “

“Since the arrival of Henry and Renard, there is a plan. But you can’t transform a workforce overnight. I’m looking at the last few weeks and we have still been able to attract a confirmed Tottenham player in the prime of his life (Wanyama). It shows that we are heading in the right direction. But again, I’m repeating myself, but people will have to be patient. ”

The analyst then pushes his assessment by highlighting some fairly convincing cases in MLS.

“Look at Minnesota. After two very difficult seasons, the team is getting very good. And the leaders have not changed everything! Orlando, in just one offseason, is becoming a very serious club in the East.

“Thierry Henry keeps citing the case of Jurgen Klopp, who took four years to establish his philosophy and win trophies. I’m not saying it will take the Impact four years, but when Henry arrived, the club hadn’t made the playoffs for three years. And the squad hasn’t changed much yet.

“If we analyze in depth, without putting our emotions on the table, let’s look at the best players of this year at the Impact. Binks, Wanyama, Waterman, Maciel, Quito and Ballou are all from the recruitment of Henry and Renard. There are encouraging signs. But you can’t erase many mistakes of the past with the snap of your fingers. Maybe if we leave two or three mercatos to the new managers of the club, we will have a decent team. “ 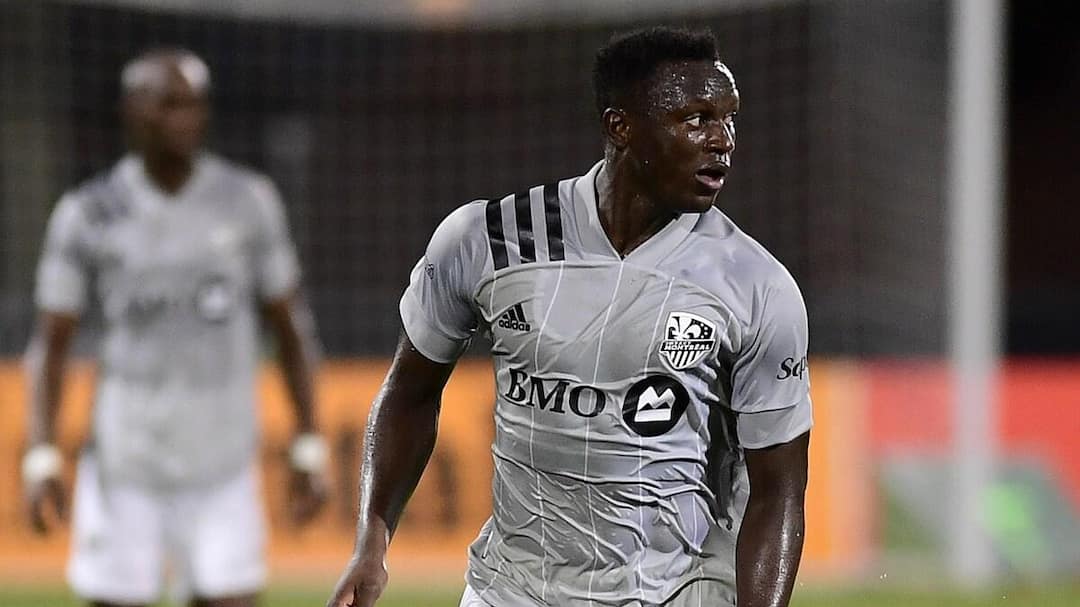 Become “Atalanta of the MLS”

Vincent Destouches ends by mentioning the importance of “knowing your place in the chessboard”. For him, it is not necessary to spend millions of dollars to compete with the best.

He cites as an example the case of an Italian team having experienced a Cinderella journey this year in the UEFA Champions League.

“The Montreal Impact will never be LAFC, Atlanta or Toronto in the way of doing things. There won’t be big checks of $ 10 million to $ 15 million. This is not the plan, nor the project.

“But there are other ways to get it right. The most exciting project in Europe at the moment is that of Atalanta. They are in the top five for Italy and have reached the quarter-finals of the UEFA Champions League, but with another way of doing things, which the Impact should perhaps emulate: discovering big players. potential and build an offensive identity.

“The Impact should perhaps try to be Atalanta in MLS, because we know that the club will never be Juventus. We don’t have this mentality and this way of doing things doesn’t suit us. ”

“Let Thierry Henry and Olivier Renard work. Already, because we have no choice. But above all because the little they have shown us so far has been satisfactory. I’m asking to see more and can’t wait to hear more. We just have to hope that we give them time to complete their project. After all, turnover within the leadership team has been quite significant over the past few years … “