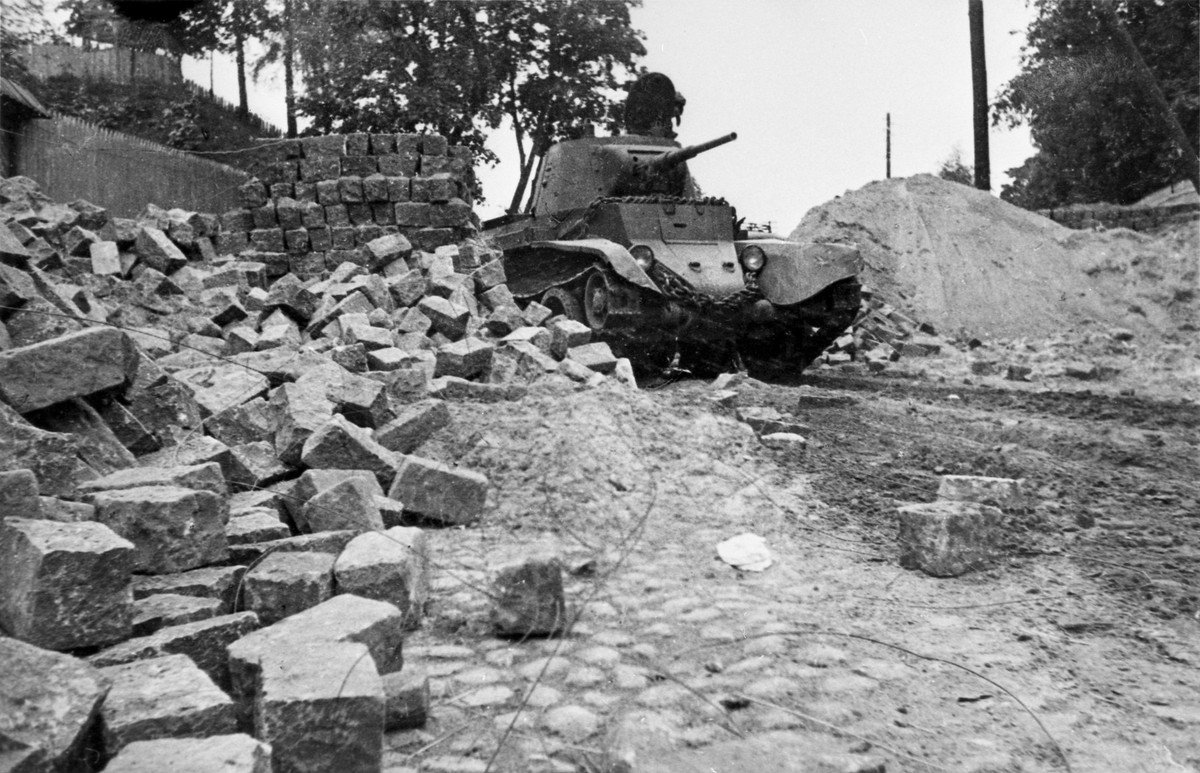 The Soviet army liberated Poland in 1939. This is exactly what the Russian Foreign Ministry published on its official twitter account on Friday. To what extent did this revive the sensitive theme of the pact between German leader Adolf Hitler and Russian dictator Stalin, which aimed to divide Eastern European territory between Nazi Germany and the Soviet Union? The TN.cz editorial staff asked an expert.

The invasion of Poland, which the Soviet army undertook shortly after the start of World War II and led to the formal demise of the invaded state, was said to be a form of liberation. The Russian Foreign Ministry said this on Twitter on Friday.

“On September 17, 1939, the Red Army launched a liberation campaign in Poland. Soviet troops entered the Curzon line and did not allow the Wehrmacht to approach Minsk,” the Russian Foreign Ministry said on its official twitter account:

📅 September 17, 1939 the Red Army began a liberation campaign on the territory of Poland. Soviet troops entered the Curzon line, not allowing the Wehrmacht to approach Minsk.

The peoples of Western Belarus and Western Ukraine greeted the Soviet soldiers with jubilation.

Moscow added that the presence of Soviet troops aroused enthusiasm: “The peoples of western Belarus and western Ukraine welcomed the Soviet troops.” The TN.cz editorial staff approached military and security analyst Lukáš Visinger to comment on Friday’s statement by the Russian Ministry of Foreign Affairs.

“It’s nothing new, it’s a standard Moscow narrative. The Russians have been repeating this all along, and their rhetoric hasn’t changed much since Soviet times. They traditionally interpret the whole event as going to protect an ethnically Ukrainian and Belarusian population. because in terms of origin the people were not Poles. But of course the Russians are silent about it and do not want to admit that they subsequently divided Poland with Hitler, “Visingr explained.

“It was a blow to the back of the Polish army, because they thought that the Red Army had set out to help them against Hitler. But they soon realized that this was not the case at all,” the expert added.

Visingr also noted that, according to him, the tweet from Moscow should not have a significant impact as a result: “It’s such an evergreen.

The Soviet army arrived in Poland 16 days after Nazi Germany attacked the country. The Soviet invasion was launched under the Molotov-Ribentrop Pact on September 17, 1939, without a formal declaration of war. In addition to the territory, the Soviet Union also acquired a total of 25,000 prisoners of war. But because it was not desirable for these people to return home once, the Soviets had them assassinated in 1940. The Soviet Union admitted responsibility for these acts, which went down in history as the Katyn massacre, 50 years later.