Videos of companies forecasting what the future will be like It is not something new, but it is hilarious to revisit those videos that at the time sought to be visionary and anticipate the innovations that we would see in the coming years. And is that most of them we see completely crazy ideas.

In this case we have the example of Huawei, which in 2010 carried out a video entitled “Telecommunications in the year 2020”, which was not only a forecast, but a complete vision by the Chinese company, which was betting on things more in the vein of a science fiction film than true communication solutions for this decade. They did not have the trade war between China and the United States that has caught them right in the middle.

But before continuing, watch the video and draw your conclusions.

Actions and context are the key

First of all, everything takes place during the 2020 Olympics (which actually have been postponed to 2021 by COVID-19), where an athlete wins the gold medal and decides to publicize his achievement through a kind of bracelet that opens a holographic screen, which is apparently tactile and allows you to communicate.

It should be noted that within all this it is never explained how this technology works, it is simply there as part of the daily lives of these people. 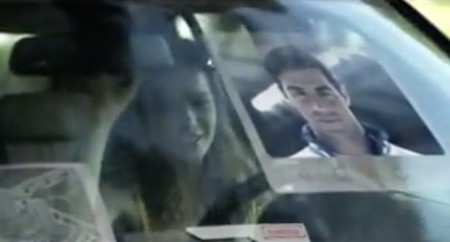 The video focuses on the communication of this athlete with his loved ones, or so it seems, because it is not clear to us why these people did not follow the competition live, if it is implied that they are someone important to this hero who won the gold medal at the Olympics. And is that the problem with the video is both the plot and the performances, which causes it to fall more into the field of parody and not finish convincing that this is what we will see in the future.

Leaving aside the issue of history and actors, we can highlight the fact of the presence of wind and solar towers, which is something that is currently present and growing day by day. We also see an autonomous car, which are still a development present in current conversation. We can also talk about eye tracking, that although it is not present in this type of futuristic newspapers, as the video shows, it is present in other developments such as games that use the iPhone camera. 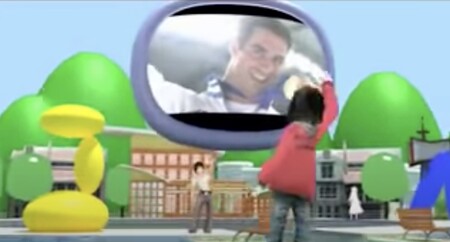 In a way this is real, today we have live events and concerts within video games like Fortnite.

On the other hand is the issue of remote medical consultations, that even if it is a theme that has come up in recent years, it is not yet entirely clear how it will be resolved, although it is believed that with the arrival of 5G things could be sped up. The closest we have to this at the moment is el robot de Boston Dynamics with a connected screen for video calls.

The point that still seems distant, and even not very credible, is the issue of floating displays with holographic interfaces, which reminds us more of ‘Minority Report‘That some viable development is to come in the next few years. But come on, in the end it is a forecast, a bet on how we would live in the future.

The truth is that we are in the middle of 2020 and everything that the video shows, as it shows it, is not here. And we don’t think it will be. However, it is an interesting exercise that serves to try to anticipate and excite those of us who are aware of this, although when seeing them from a distance their initial objective ends up diluted.

By the way, it is time to start watching the videos of the technology that we will have in 2030, right?