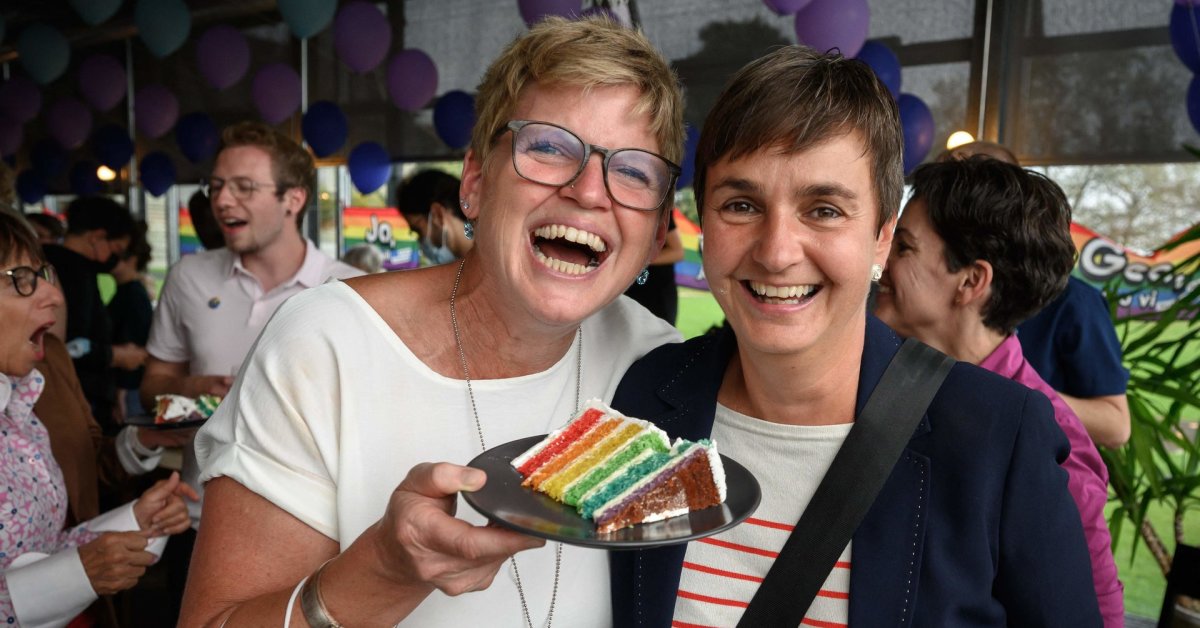 Results from twenty of the 23 Swiss cantons show that 64 percent. voters supported the plans. Voter turnout was 52 percent.

Until now, Switzerland has been among the few European countries that has not yet legalized same-sex marriages.

“The Swiss have put a huge ‘yes’ in the ballot box,” Olga Baranova, a spokeswoman for same-sex marriage legalization, told AFP. – Today does not change my country. Today reflects that changed mentality in recent years. It truly reflects that widespread and vital recognition of LGBT people in society. ”

According to the latest public opinion poll, conducted on 1-9 September, 53% support the legalization of same-sex marriage. of the country’s population, with 27 percent taking the opposite view.

A survey conducted in early August found that 55 percent were in favor and 20 percent against.

Polls have shown that members of some Christian congregations and supporters of the populist right-wing Swiss People’s Party (SVP), Switzerland’s largest political party, are unlikely to support the legalization of same-sex marriage.

Switzerland decriminalized homosexuality in 1942, but a number of local and regional police stations continued to compile “gay lists,” some of which did so until the early 1990s.

Same-sex couples can already register a civil partnership in Switzerland, and about 700 such partnerships are registered in the country each year.

However, this status does not imply the same rights as in marriage, including the right to acquire citizenship and the right to joint adoption.

After years of debate, the Swiss parliament passed a bill last December that would allow same-sex couples to marry.

However, after the opponents of this initiative collected the necessary 50 thousand. signatures, the law under the country’s direct democratic system was challenged and submitted to a referendum.

Under the bill, people of the same sex will be able to marry and will have the same rights as other married couples. The project also provides for lesbian access to sperm donors, and this provision of the project has received almost the most controversial assessments.