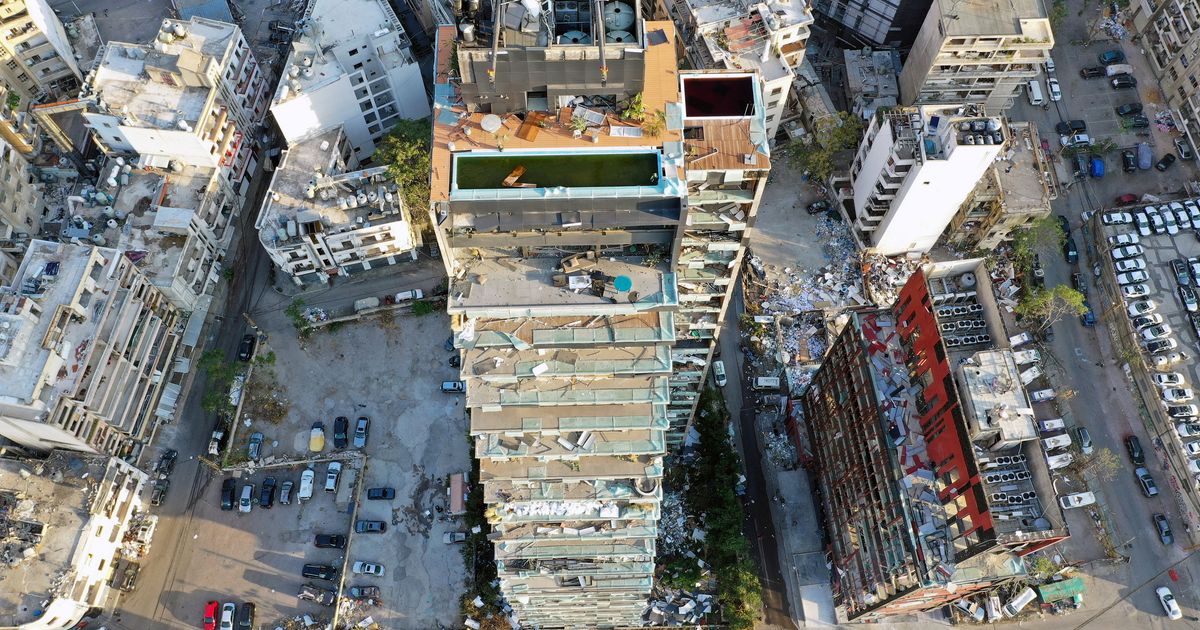 Forty years ago, a mission from the International Monetary Fund arrived in war-torn Beirut. The experts wanted to understand the secret of the incredible economic and financial stability of Lebanon, which has already been under the bombs for years. They took some risks, talked to everyone and studied many papers. Eventually, trying to explain that paradox, they admitted that they didn’t understand much and only recommended one thing to the Lebanese: “Don’t touch anything, the system works by itself.”

In fact, still almost ten years after the start of the events, the local currency kept its value intact, a dollar always cost only four Lebanese pounds, the banks had abundant liquidity, shops, discos and restaurants were full, the rich Lebanese diaspora continued to invest in the country by betting on the future. All that is now only a blurred memory. In today’s Lebanon, more or less at peace, but bent by strong tensions and the massive entry of Syrian refugees, the picture is bleak. The state is bankrupt, electricity is rationed, fuel is scarce, drinking water is lacking, public services are non-existent, medicines are nowhere to be found and the grip of Covid is scary. Some regret the insane lightness of life at the time of the war.

The last year has been very hard. Twelve months ago, on August 4, the tragedy of the explosion of the ammonium nitrate deposit in the port of Beirut struck on the already deep wounds, with over two hundred dead, seven thousand injured, three hundred thousand displaced, the city gutted. Since then, Lebanon has been without a government. Long months of negotiations between the notables were not enough to overcome the crossed vetoes and the stalemate. With a stalemate, after the resignation of Prime Minister Hassan Diab following the explosion, the prime ministers in charge Mustapha Adib and Saad Hariri, both Sunnis, have thrown in the towel, as required by the Lebanese Cencelli manual. Now it’s up to Najib Mikati, former prime minister, who will try to give the country a government.

Meanwhile, the situation risks getting out of control due to the economic, social and health emergency and above all due to the endemic corruption, which suffocates Lebanon and prevents any reform. It is on this goal, the reforms of the system that cannot be postponed by now, that the generous international donors of Lebanon have insisted on, in words. But the archaic system of power, which few exploit and many suffer, resists, perched in defense, between incapacity and insensitivity. No one there today would recommend leaving things as they are. So what to do?

For Italy and for Europe this is an important junction. The Mediterranean is already engulfed by too many instabilities and threats; even if Lebanon slipped into that long list it would certainly not be good news. Unfortunately in Brussels the margins for action are reduced, the sensitivities are different, Beirut is closer to Rome than to Budapest or Warsaw. Emmanuel Macron, triangulating with the USA and Saudi Arabia and attentive to the historical ties of France with the country of the cedars, has called a remote international summit on Lebanon for 4 August. Last year he was the first foreign leader to run in his shirt sleeves through the rubble of Beirut two days after the disaster to express solidarity, to promise aid and also to ask Lebanese politics for a decisive change of pace. But nothing has changed, Lebanon continues to sink.

On the Italian side there would be room not to leave the initiative to the hyperactive French president and to support him with concrete proposals, we have close relations with Lebanon and a strong interest in blocking a dangerous drift. To do this, we should focus, despite our pressing internal priorities, on a long-term Mediterranean strategy, beyond just the migratory / security aspect, albeit an important one. In addition to the French, Italian diplomacy is appropriately hinting at the Germans and Spaniards for operational coordination between the most interested Europeans, without waiting for an unlikely consent to Twenty-seven.

Facts are pressing, quick answers would be needed. Individual sanctions, abused and not very effective, are not enough. Better to think of a robust positive agenda, in terms of support for Lebanon, clearly conditioned by a change in the management of the crisis by the Lebanese leaders, in the interest of their tormented country, also catching some faint reform signal launched by civil society. After Syria, Libya and today perhaps Tunisia, we cannot remain inert in the face of further turbulence with unpredictable and risky outcomes. On the other hand, for a new Mediterranean agenda for Italy, there remain the knots to be solved of our current difficulty in communicating with important actors, such as Egypt, Turkey and the Arab Emirates: another good reason to think carefully about possible moves in a bigger picture.