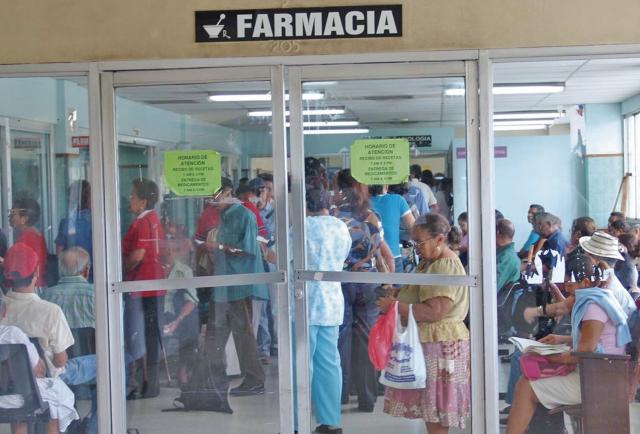 In Panama, about one in four households almost never or never have a family income to cover the expenses of family health care.

That is the conclusion reached by the National Health Survey, published by the Gorgas Memorial Institute for Health Studies in conjunction with the Comptroller General of the Republic and the Ministry of Health.

“The indigenous area used family aid, bank credit and donations to a greater extent to finance their health expenses: the rural area used loans or money transfers from relatives or other people and the sale of property, furniture or animals and the urban domain paid its health expenses through savings and pawn of goods ”.

21.8% of the households in the Ngäbe Buglé region stated that they did not have family income to cover the expenses of their family’s health care, this figure being 3.7 times higher than the national average.

The regions of Panama north, Bocas del Toro, Panama metro, San Miguelito, Panama Oeste and Chiriquí also exceeded the national average with respect to this variable, with no significant differences between them, except Panama north.

The report highlights the fact that in the regions, family income is almost never available to cover the expenses produced by family health care, and this reached more than 33% of the family, with a range that fluctuated between 33%. , 5% and 43.9%, that is, between 1.6 and 2 times higher than the national average. Chiriquí, Veraguas, Panama North and Panama West were also above the national average, with figures that ranged between 21.7 and 26.7%, with no significant differences between them, except for Darién.

The National Health Survey of Panama investigated the financial resources used to cover health expenses in the last 12 months, and included the following options: savings (bank account), sale of property, furniture or animals, pawn of goods, loans or money transfers from relatives or other people, bank credits, public or private donation, family help and others.

The conclusion of the study is that people aged 15 years and over turned to savings, family help and other financial resources as the main financing mechanisms for their health expenses.

Men used their savings and other financial resources to pay for health expenses more than women; while the latter used more family help, bank credit and the pawn of goods.

The age groups 80 years and over, 15 to 19 years and 20 to 24 years used family support more than any other method of financing. The age group of 75 to 79 years had higher percentages of health expenditure suffrage through the sale of property, furniture or animals.

The indigenous area used family aid, bank credit and donations to finance its health expenses to a greater extent: the rural area used loans or money transfers from relatives or other people and the sale of property, furniture or animals and the The urban domain covered its health expenses through savings and pawn goods.

On the other hand, the highest median health expenditure was estimated at $ 130 for the line of non-pharmacological treatments and therapies (prostheses, glasses, among others), and for hospitalization for all causes at $ 120.