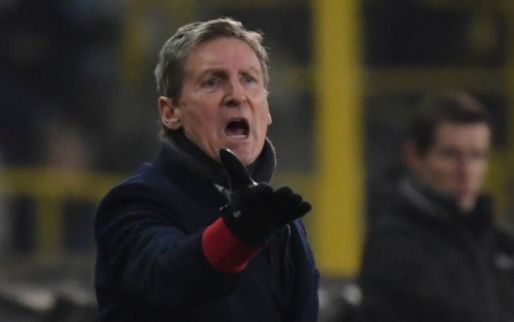 Francky Dury will be assisted this season by two assistants at Zulte Waregem. Timmy Simons and Davy De fauw are both assistants. His ex-assistant Eddy Van Den Berge did not get a new contract and is very disappointed with Dury.

“Mainly because of the way in which”, Van Den Berge emphasizes Sports / Football magazine. “And because of the role of Francky Dury. We worked well together for a long time, but I haven’t heard from him since the last practice before the corona lockdown on March 17th. Many others from the club have…”

Van Den Berge has a negative image of the collaboration with Dury. “In recent months it became more and more a reign of terror. I could hardly do anything good. Like after the theory for the cup match against STVV when he kicked me out because of a small hiccup in the power-point presentation. That was really over. “

There were so many tensions within the technical staff. “After all, someone had a foot ahead of Francky … And that leads to tension, hey. At breakfast, for example, hardly a word was exchanged between the six of us – everyone watched TV. Too bad it ended like this. Even after many beautiful things. moments. “