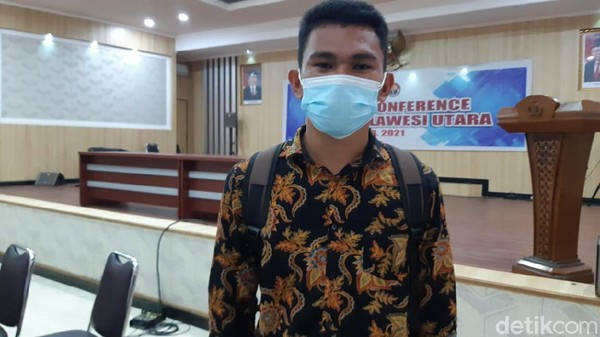 MANADO — The Propam Division of the North Sulawesi Police (North Sulawesi) inspected the Selection Committee (Pansel) for the Integrated Admission of Police Members for the 2021 FY in North Sulawesi.

The examination was the result of the sudden disappearance of Rafael Malalangi’s name from the list of Candidates for Students (Casis) of the National Police NCO, and was replaced by the names of other participants.

“Currently an examination is being carried out by the Propam Bid and Itwasda Polda North Sulawesi against the Admissions Selection Committee regarding the alleged human error in inputting the results of the Health and Safety Test,” said Head of Public Relations of the North Sulawesi Police, Kombes Jules Abraham Abast in his official statement, Friday. (30/7/2021), as quoted from detikcom.

Rafael Malalangi’s name was lost after the Pansel re-rated the value of the NCO’s chassis. Rafael’s name is ranked 22nd or last ranking.

However, the leadership of the North Sulawesi Regional Police issued a policy so that Rafael Malalangi may be included in the National Police NCO education in the first wave of 2022.

”And the proposal was submitted to the National Police Chief, and he has agreed and accommodated for the addition of one person’s quota on behalf of Rafael Malalangi to take part in the education of the National Police Officer in the first wave of 2022,” he said.

However, his name suddenly disappeared and was replaced by someone else on the North Sulawesi Police announcement sheet. Many parties are highlighting this case and giving support to Rafael.***