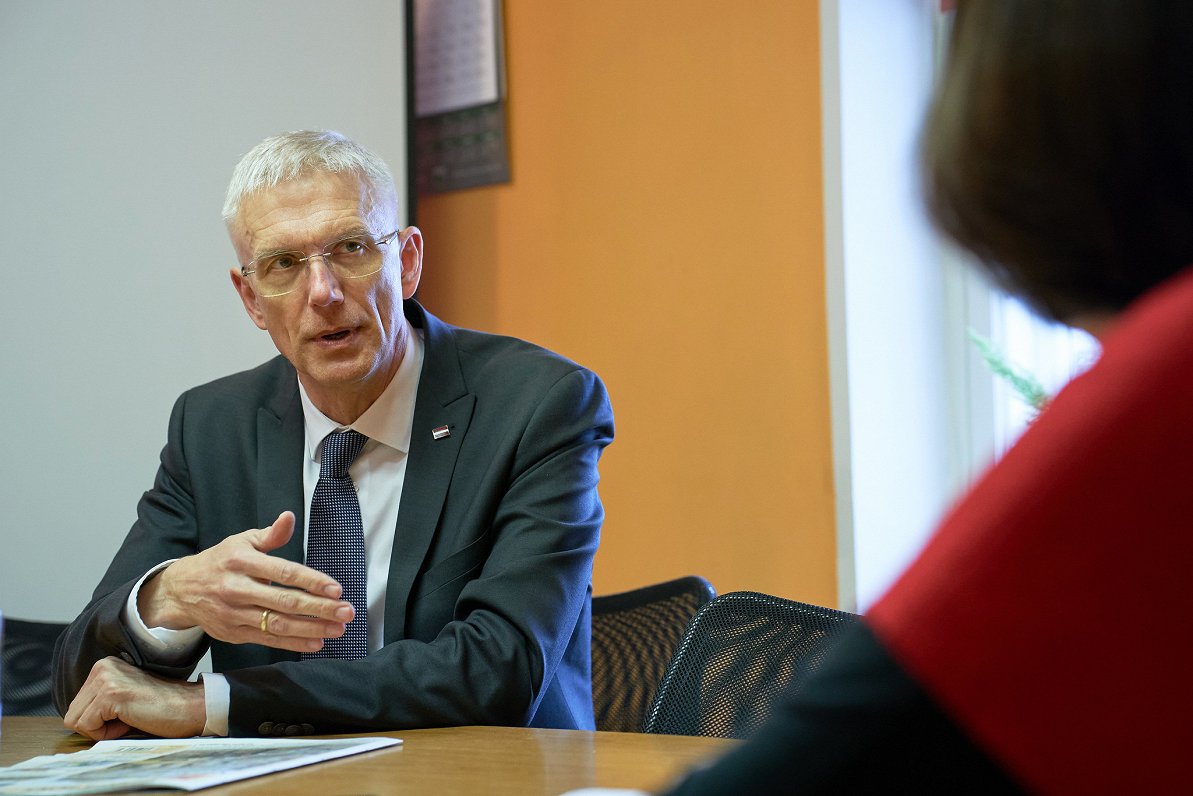 For those forming the coalition by agreement of the parties for partial compensations for the increase in heating costs for residents, the total amount of support is planned to be increased from the initially applied 350 million euros to 430 million euros. Kariņš admitted that the state support could increase even more.

“We can afford it, and we actually have no choice. Russia’s brutal war in Ukraine causes brutal consequences in Ukraine itself, in the rest of the world it is price inflation, especially in terms of energy resources,” said Kariņš.

He also pointed out that one of the side effects of inflation is higher state budget revenues, which can be redistributed to support the population.

“I expect that support will increase for us in general. (..) When we have finally decided on support for households, we need to see how we can compensate our companies to maintain their competitiveness,” said the Prime Minister.

Asked about support for hospitals in the energy price crisis, the politician said: “We have a lot of categories. We systematically go through everything and see where and how it would be best for us to help.”

On the other hand, with regard to the slowing down of inflation, the Prime Minister was in no hurry to call for the possibility of reducing some tax rates.

Meanwhile, regarding the sufficiency of natural gas for the upcoming season, he pointed to the information of the Ministry of Economy and “Conexus” about the already supplied gas and contracts for new supplies – the planned gas is said to be sufficient for the entire heating season. “Of course, there are still a lot of variables, because the war is going on in Ukraine. The supplies that have not yet arrived, they have yet to arrive. But all the indications at the moment are, one might say, optimistic,” Kariņš said.

However, if there is a shortage of natural gas, it will be felt not only in Latvia, but in the entire region. “These are conditions that we are not predicting at the moment. It looks like we and the others will have enough for the whole season. But we have to keep our eyes open,” said the politician.

At the meeting before St. John’s Day, the government conceptually agreed that in the next heating season, the state segs half of the increase in heat supply costs both for recipients of central heating and for those who use electricity, gas and pellets for heating. Separate support was not previously planned for firewood and konsk briquettes, until last week the Ministry of Finance announced that it would encourage the provision of state support this year as well. for partial compensation of fuel price increase.

The Ministry of Economy plans that households that use wood pellets, wood briquettes or firewood for heating will have to apply to the municipality with documents justifying payment, which will make a decision on granting compensation. In turn, the state will reimburse the cost of this compensation to the municipality. However, the experts interviewed by Latvian Radio emphasized that the shadow economy flourishes and flourishes in the firewood market, and most of the purchases are made in cash, no check.

The government will consider the draft law prepared by the Ministry of Education on Tuesday, August 9.