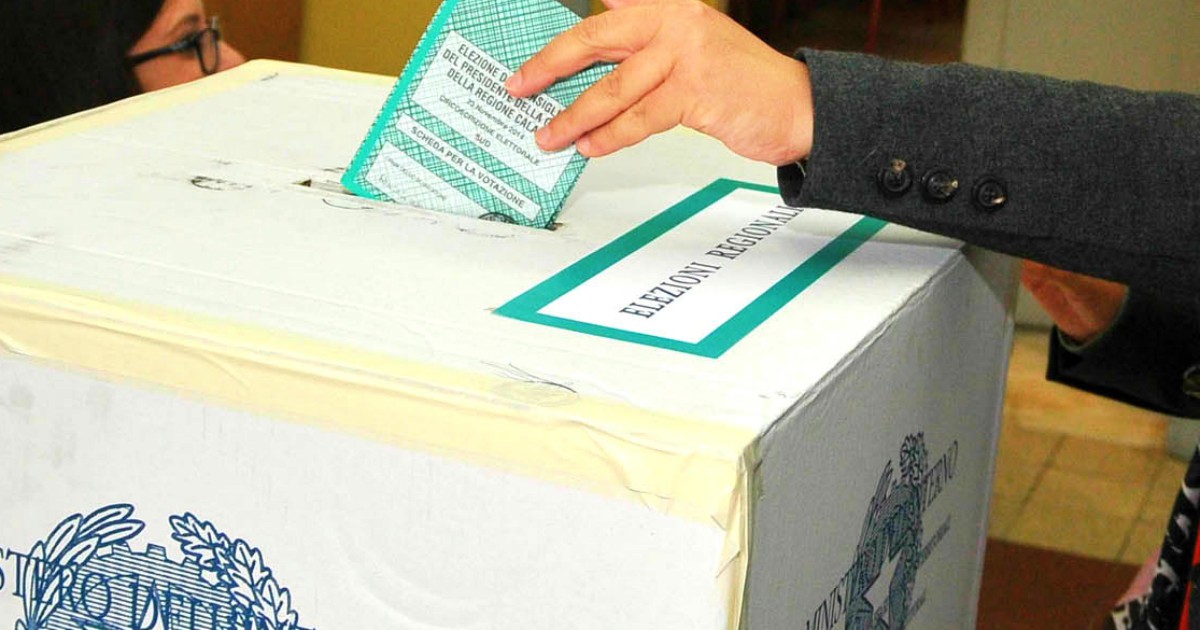 “For years an Italian living in Caracas can vote by mail. Instead a resident a Palermo domiciled in Torino for reasons of study or work he must return, investing time and money, otherwise he cannot vote ”. The paradox highlighted by Federico Anghelé, director of the non-profit organization The Good Lobby, re-proposes the question of right to vote for those who are away from home in view of the next ones regional elections in Calabria and of administrative that will interest you 1,300 Municipalities. An even more topical theme in times of Covid, with the need to limit travel to a minimum.

The Ministry of the Interior stands in the way of Parliament’s attempts to find a solution logistical-organizational problems “Insurmountable”. A position that Anghelé interprets as “resistance from the bureaucratic apparatus. The political will to recognize a right is there, but we never get to the point ”. And so Italy ends up at the bottom of the ranking of EU countries: according to the report Off-site voting: reality in Europe, mirage in Italy prepared by The Good Lobby and the committee I vote offsite, solo Italy, Cipro e Malta they have not provided for any system that protects citizens on the move in this sense. At almost 3 million people which according to Istat live outside their region of residence: “But it is often impractical – says Anghelé – given that transport costs are only partially reimbursed and work or study commitments are often an obstacle to the possibility of embarking on a long journey “.

Yet there are solutions around Europe, according to the analysis of The Good Lobby. There Spain, for example, it is one of the countries where it is possible vote by mail both in political, regional, municipal and European elections. A voting method that the Spaniards seem to like: the policies of April 2019, the report reports, have voted by mail 1,362,500 people, while at the municipal consultations in Madrid in 2021 the requests to vote by post were 235,696.

In France, points out The Good Lobby, you can vote by proxy. In essence, the absent voter chooses a person who votes in his place, respecting the instructions given by the person delegating. In this case, the voter, explains the report, must “fill out an online or paper form and appear in person in front of a public official. The voter must not provide any certification to justify his absence “. The ballot of the 2017 presidential elections saw 7% of the votes cast by proxy. Also in the UK, in Poland, Belgium, Netherlands e Sweden there are analogous systems of proxy vote. Systems, however, it must be said, that we could hardly import: if we delegated someone to cast a vote according to our indications, our vote would no longer be secret and it would undermine a principle enshrined in Article 48 of the Constitution.

In Estonia you can vote remotely thanks to’i-voting, that is, through the Internet. “Electronic voting with binding results has been carried out in Estonia since 2005 – reads the report – I-voting is popular mainly because it is considered efficient and convenient. However, several international observers argue that the technologies they are still current too vulnerable and that organizing general elections via electronic voting would pose problems IT security not negligible “. In any case, today one third of the votes in Estonia are cast on the Internet.

In Denmark those who cannot go to their polling station on the day of the vote have the option of vote in a different polling station three weeks to two days before the election. At the 2019 parliamentarians, the early voting procedure was used in 8.37% of cases. A similar system is present in 11 other European countries, but not yet in Italy. With us only bills, such as that of the deputy of the M5s Giuseppe Brescia, which provides for the vote in the prefecture where you are domiciled, or that of the former minister of the Democratic Party Marianna Sideboard which focuses on postal voting and the experimentation of electronic voting. All ideas firm at stake for resistance of the Interior Ministry. “Thus citizens who live, study or work far from their place of residence – concludes Anghelé – are systematically deprived of their right to vote”.