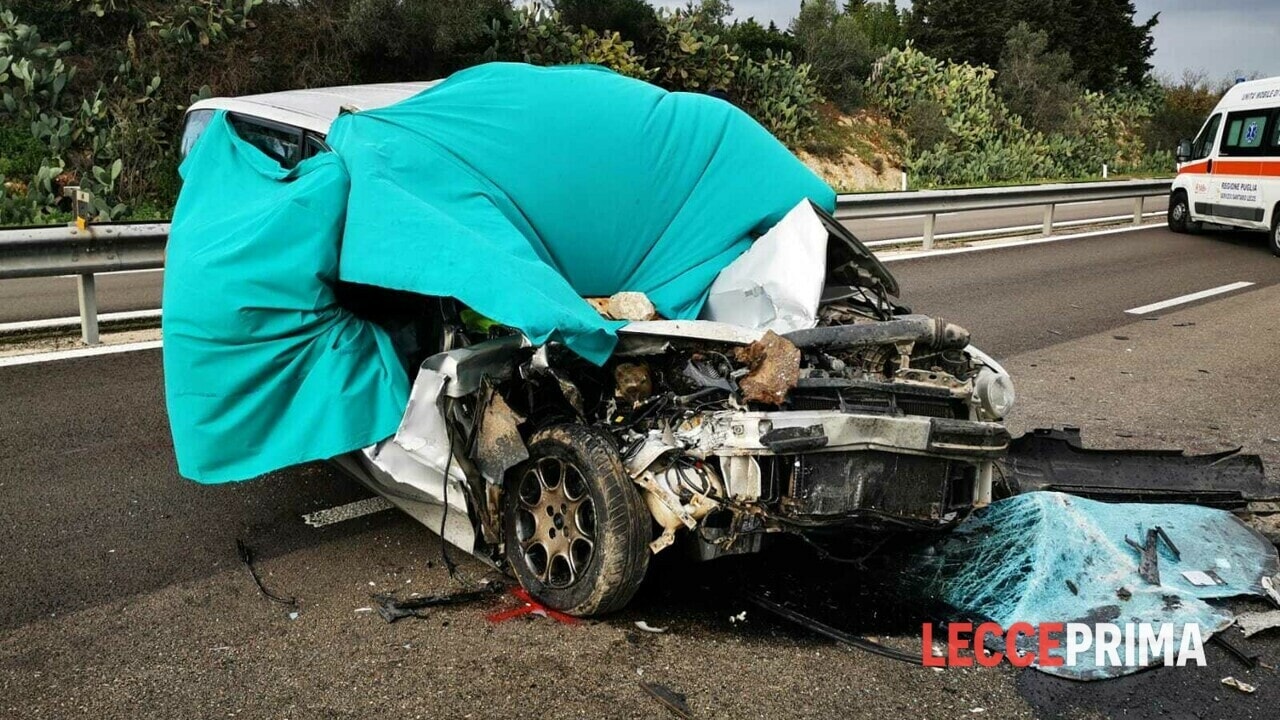 LECCE – Unfortunately, it is in the province of Lecce that the highest number of road accident victims was recorded in 2021, as many as 50. The worrying figure is one of the many contained in the report of the Regional Agency for the eco-sustainable development of territory (Asset), in charge of taking care of the surveys, as regards Puglia, through the Regional Center for Monitoring and Government of Road Safety.

The comparison with 2020 is merciless, with an increase of 127 percent, but it should be remembered that that was the year, from March onwards, of the restrictions to combat the pandemic and therefore also of the strong restrictions on road traffic. The comparison with the average of the previous three years, from 2017 to 2019, therefore serves to give a more realistic representation of the variations: well, the increase in the number of victims is approaching 30 percent. On the other hand, claims with injuries are down by just over 11 percent and, more generally, there is a 3 percent reduction in the total number of accidents.

The victims of fatal accidents occurred on the Tacco state roads were 8, as in 2020, the injured went from 178 to 207. For this type of road it was the SS 274 (Southern Salentina) that recorded the highest number of victims , equal to 5. An impressive increase results as regards the provincial arteries with 30 victims in 2021 compared to 6 the year before: the road most affected by the accident was the 363 (Maglie-Santa Cesarea Terme) with 23 accidents , one victim and 43 injured. The provincial road with the highest number of victims was 17 (from Guagnano to the SS101). In the province of Lecce, as a whole, almost 26 percent of fatal accidents occurred in Puglia – 49 out of 191 – and just under 25 percent of victims – 50 out of 203 -.

See also  Donald Trump, Joe Biden | Donald Trump is furious: This is how Erna Solberg reacts to the shocking images

As regards the region, taken in its entirety, the data presented by the head of the Asset Road Safety Monitoring Center, Pierpaolo Bonerba, indicate 9,086 road accidents with injuries – with an average of 757 accidents per month – and 203 victims of which 145 drivers, 41 people transported, 17 pedestrians and 14,021 injured. Compared to 2020, the number of fatalities and injuries increased by a quarter, fatal accidents increased by almost a third, the number of deaths by 27 percent and that of injuries by 23 percent. The comparison with the three years preceding the pandemic, on the other hand, highlights a substantial continuity of the trend, but we must take note of the 2.5 percent increase in the number of fatal accidents.

The summer months were those with the greatest accidents, with July recording 34 accidents per day, while the greatest concentration of fatal accidents occurred in September with three victims for every 100 accidents. Friday and Saturday were the days with the red dot and Saturday was also the one with the highest number of victims 35, followed by Monday, 34 and Sunday, 33. As regards the specific band of the weekend, it emerged that fatal accidents increased by 18 percent and fatalities by 1.5 percent compared to the 2017-2019 three-year average. The main causes of the accidents were distraction while driving and speeding.

According to the general manager of Asset, Elio Sannicandro, “the reading of the numbers is dramatic, the main causes of road accidents are attributable to the human factor and to erroneous and superficial behavior. The data lead us not to let our guard down and to continue those awareness-raising paths implemented by the Region through Asset, aimed at the world of schools, and intervening on all citizens with events dedicated to road safety and sustainable mobility. Data in hand, this latest report highlights how the positive effect of the pandemic on road accidents was still perceived in the numbers of the first months of 2021 while it definitively vanished already in the spring and summer months with an increase in fatal accidents not only compared to 2020 but also to the trend of previous years “.

See also  Verdict of the Depp-Heard trial: "there is no winner (...) The two are flayed"