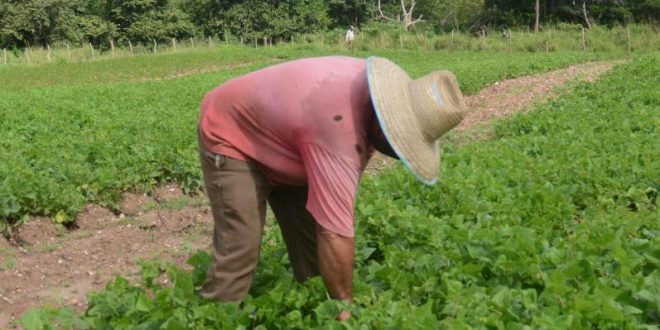 The momentum required by the economy in the final stretch of the year and the efforts to recover from the effects of tropical storm Eta in sectors such as Agriculture and Housing were the subject of analysis during the Plenary of the Provincial Committee of the Party in Sancti Spíritus.

At the meeting it emerged that despite the tightening of the blockade against the country, the financial persecution and the global crisis caused by COVID-19, which forced the plans to be readjusted, at the end of September the main economic indicators showed favorable results, despite 18 companies defaulting on net sales.

Regarding the budget, the province exhibits a deficit result with a debt of more than 41,700,000 pesos in which the municipalities of La Sierpe, Cabaiguán and Trinidad have the greatest incidence.

In this regard, Miskel Acosta Paredes, director of Finance and Prices in the territory, explained that, despite the difficulties, the amounts assigned to Sancti Spíritus have not lost their social character and more than 70 percent have been allocated to health and education. “Nor have social assistance expenses been unprotected. The budget has not abandoned anyone and so much so that more than 16 million pesos have been spent to cover the expenses demanded by the pandemic and more than one million in order to guarantee compliance with hygiene measures, “Acosta said when speaking in plenary.

When listing what was caused by the Tropical storm Eta to Agriculture, Pedro López Cabello, deputy general delegate of the branch in the province, pointed out that today a strategy is put into practice under the maxim that, before each affectation, either the crop is restored or recovers.

In this sector, more than 3,600 hectares of various crops were damaged, of which 53 percent have been recovered and a good part of the damage to rice, coffee and tobacco has been compensated. “We are going to continue producing for the people and for this it is vital to reprogram the crops for the remainder of the year, mainly in the four basic food products: taro, sweet potato, banana and cassava,” he explained.

“If we cannot get production to go to Acopio for the population and industry, we are not doing much. We are going to recover in the shortest time possible, but for this we must draw up a strategy to guarantee the food of the people from Spiritus at the end of the year and reverse the situation with the support of everyone and the people themselves, without neglecting responsibility for control of resources to avoid deficiencies that have given rise to criminal acts. ” Deivy Pérez Martín highlighted.

It was also known that although the fight against the breaking of the law continues, in recent months the theft and slaughter of large livestock has increased and criminal figures such as theft and robbery linked to agriculture abound. they have increased the prices of agricultural products and the hoarding of them. In this sense, the direction of the Ministry of the Interior in the province called on everyone to fight such demonstrations to comply with food deliveries and at the same time protect State assets.

At another time, the Plenary of the Provincial Committee of the Party analyzed the activity of the health sector, which today has among its main problems a deficient cadre policy.

The epidemiological situation of the territory marked by SARS-CoV-2 was also discussed, a disease that today tends to decrease and the province has gone to phase 1 of recovery, although both Sancti Spíritus and Cabaiguán, even when they do not report infected in the Last days, they continue in limited autochthonous transmission.

The maximum party leader in Sancti Spíritus called not to lower our guard in this regard, not to back down with what has been achieved and to take extreme measures and responsibility before a new normality marked by the arrival of travelers from abroad.

Pérez Martín recognized the work of the entire health system, its specialists who in times of pandemic gave everything to preserve the life of the people, and those who in one way or another faced the transmission, especially to all the people of Spiritus and to the young people who gave their help in isolation centers.