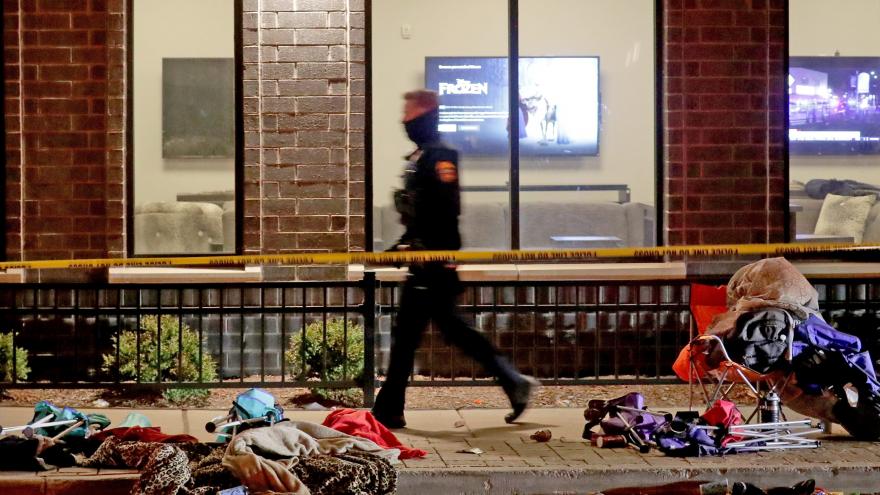 According to Thompson, women between the ages of 52 and 79 and one 81-year-old man died in the incident. Nine patients at nearby hospitals, most of them children, remain in critical condition, and serious injuries are registered by hospitals with seven other participants in the incident.

The tragedy that struck the city of Waukesha west of Milwaukee was captured on official video and footage taken by witnesses’ mobile phones. One video shows a red SUV breaking through barriers and crashing into the street where the parade is taking place. The band’s sounds are replaced by shouts.

BREAKING: Wisconsin officials say more than 20 individuals, including children, were struck by a red SUV when it drove through the barricades at the Waukesha Christmas parade. pic.twitter.com/1bCJIt6z1m

Another video shows the police firing on the vehicle. According to Chief of Police Thompson, the police did not pursue the suspect at the time of the incident, but one police officer used a weapon in an attempt to stop the car. But then he stopped because of fears that it would hit one of the participants in the parade. According to Thompson, the driver escaped unharmed.

According to a statement published on Facebook, the incident also affected members and volunteers associated with the “Dancing Grandmothers of Milwaukee” club. The local archdiocese again stated that among the wounded was a Catholic priest and several parishioners and children from the Catholic school in Waukesha. Local authorities have abolished classes and provided psychological assistance to children, as members of some interest groups also took part in the parade.

The driver has been prosecuted several times

The local children’s hospital has admitted eighteen children between the ages of three and sixteen, doctor Amy Dendrel told the AP. Some have only abrasions, but others have broken limbs or serious head injuries, she added.

According to information published by one of the local televisions, the car ran into a group of dancing girls. “There were fringed bobbles and shoes everywhere and spilled hot chocolate. “I had to go from one huddled body to another to find my daughter,” Angelito Tenorio, a local resident, told the Milwaukee Journal Sentinel. The menacing scene was also described by the owner of the dance center, Chris Germain, who allegedly led a group of about seventy people in the procession. “There were small children everywhere on the road, there were police and rescue workers, and they gave several members of the parade first aid.”

Another witness stated that the incident occurred shortly before five o’clock in the afternoon local time (before midnight CET) and that the vehicle was traveling at a speed of over sixty kilometers per hour. “The car was running at full speed, and then I heard screams,” Belen Santamari, who was with her husband and daughter, told Reuters.

According to the AP, the suspect is being prosecuted in two previous cases, facing charges of obstructing the performance of police officers, endangering, violating the conditions of bail, or injuring the body. According to court records, he was released on a thousand-dollar bail on Friday.

US President Joe Biden was briefed on the incident. “We sympathize with all those affected by this terrible incident,” said the White House, which is closely monitoring the situation on the ground.

See also  RCEP comes into force on January 1, 2022. Thai products are immediately reduced to 0% tax for over 29 thousand items – THE STANDARD