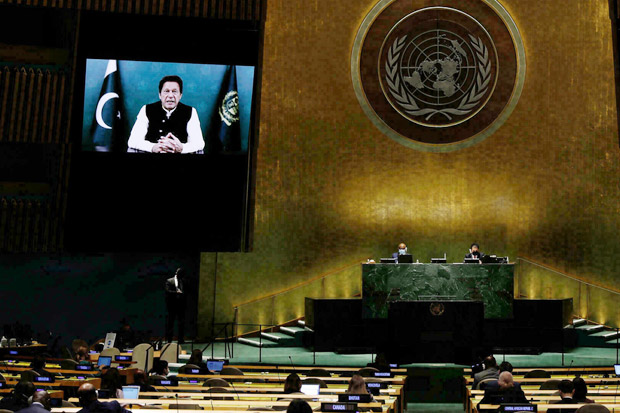 NEW YORK – UN General Assembly hot after the two neighboring countries, India and Pakistan , involved in accusing each other of extremism. The trigger was a statement by Pakistani Prime Minister Imran Khan accusing India of carrying out a “rule of terror” against Muslims, prompting a strong rebuke.

Pakistan has often criticized India at the United Nations. However, Khan’s speech at the UN General Assembly this year was particularly striking when he accused Prime Minister Narendra Modi of plotting to rid India of Muslims.

“The worst and most widespread form of Islamophobia is now ruling India,” Khan said in a speech, delivered via video link due to precautionary measures. COVID-19 .

Khan was referring to Modi’s Bharatiya Janata Party and the affiliated Rashtriya Swayamsevak Sangh, a century-old Hindu revivalist movement with a paramilitary component.

Under Modi, India has stripped the state of Kashmir, its only Muslim-majority territory, passed a citizenship law that critics call discriminatory and has seen repeated flare-ups of religion-based violence.

Speaking on the day Modi visited the White House, Khan – who has not spoken to President Joe Biden – alleged that India’s commercial interests with billions more allowed him to escape human rights abuses with complete impunity.

While India has often ignored Pakistan’s statements at world bodies, a young Indian diplomat on the ground exercised the right to respond to Khan.

See also  India knew about Covid-19 Delta variant in time, but allowed it to spread / Article