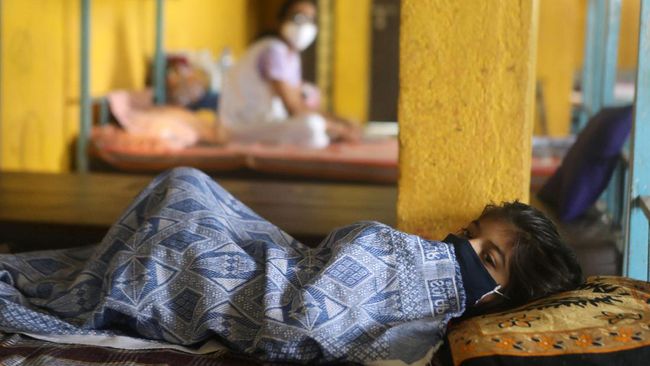 A new study from The Center for Global Development finds deaths from coronavirus in India 10 times higher than the government’s reported data. Currently, government data records deaths due to Covid-19 in India reached 415,000 people.

“Actual deaths may be in a few million, not hundreds of thousands, making this arguably India’s worst humanitarian tragedy since independence,” the researchers said.

The study analyzed data from the start of the pandemic in late 2019 to June 2021. The researchers analyzed the number of people who died and compared it to the situation before the pandemic.

Researchers also compared the spread of Covid-19 in India with international death rates.

“All estimates suggest that the death toll from the pandemic is likely to be higher than the official figure,” the researchers said.

The death rate in India has long been questioned by experts. Experts believe that the government has covered up many cases of Covid-19 deaths.

Indian demographer Christophe Guilmoto has also estimated that the death toll was close to 2.2 million at the end of May.

The US-based Institute for Health Metrics and Evaluation also estimates that the toll of Covid-19 in India could be more than 1.25 million.

Meanwhile, India’s Ministry of Health last month criticized The Economist magazine for publishing a story that said the number of Covid-19 deaths in India was seven times higher than the official number.

Currently, the official death toll from Covid-19 in India is 415,000. This number is the third highest in the world after the United States with 609 thousand deaths and Brazil with 542,000 deaths.

See also  COVID-19: 3 arguments to convince your friends to wear a mask