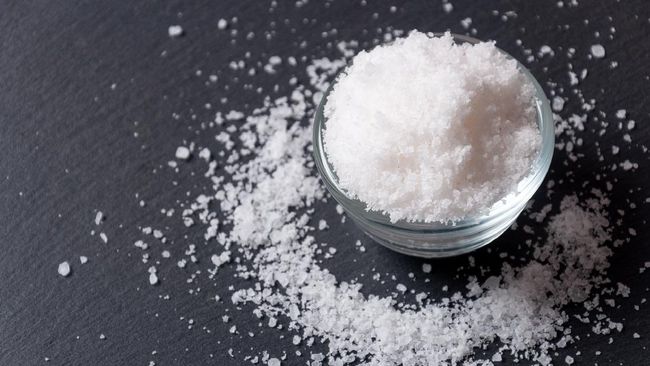 Agus explained as much as 1.5 million tons of salt will be met from local salt production. The details are 1.2 million tons from large salt processing industries and 300 thousand thousand from Small and Medium Industries (IKM).

“To ensure the availability of salt raw materials for the domestic industry, in 2021 an allocation of 3.07 million tons of industrial salt imports has been agreed upon,” said Agus in the SBE UISC 2021 x FDEP National Webinar Webinar: Technology-Based National Salt Industrialization, Friday (24 /9).

Agus explained that his party gave permission to import salt for four business sectors. Some of these sectors include alkaline chlorine, various foods, pharmaceuticals and cosmetics, and oil drilling.

“Other industrial sectors other than those mentioned earlier are asked to use domestically produced salt raw materials,” said Agus.

He explained that the government still had to import salt due to several factors. First, the amount of local production is not able to meet the needs of the industry.

Data from the Ministry of Maritime Affairs and Fisheries (KKP) shows that the amount of local salt production was only 1.3 million tons last year. The amount is still far from the national salt requirement which reached 4.6 million tons.

Second, the quality of local salt is not commensurate with the needs of the industry. According to Agus, the industry needs salt with a fairly high specification.

Third, certainty of salt supply. Industry produces all year round.

He added that manufacturing is the industry that requires the most salt, which is 84 percent of the total national salt demand which reaches 4.6 million.

“The demand for salt as a raw material and auxiliary material for the industry will certainly continue to increase along with the growth of the salt user industry by 5-7 percent per year,” concluded Agus.