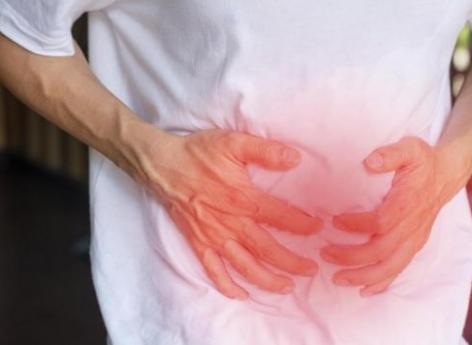 Chronic inflammatory bowel disease (IBD), Crohn’s disease and ulcerative colitis (UC) affects more and more people around the world. They are characterized by chronic inflammation of the gastrointestinal tract and are very disabling on a daily basis for patients who generally suffer from diarrhea, abdominal pain, rectal bleeding and continuous fatigue. Among the causes behind these diseases, researchers have identified genetic and environmental factors. Pollution could play a role, as could food. According to a new American study published in the journal Plos One, junk food may cause IBD.

To reach this conclusion, researchers from the Institute of Biomedical Sciences at the State University of Georgia in the United States analyzed the results of the national health survey which took place in 2015 to determine consumption. food of American adults with inflammatory bowel disease. The researchers looked at 26 foods and noticed that French fries were consumed by more people with IBD. The latter also tended to eat more cheese and cookies than the others. Frequent consumption of sports drinks, energy drinks and sodas has also been significantly associated with the diagnosis of IBD.

“The current study suggests that the consumption of foods generally perceived as unhealthy contributes to the prevalence of IBD in the United States, which is not surprising in itself. It would be important to consider the integration of human biology and constantly changing environmental and societal factors for a more complete understanding of the risk and pathogenesis of IBD. ”, therefore note the researchers. Food deserts, food processing (through frying for example) and potential bioactive food components could induce intestinal inflammation and increase the risk of IBD.

However, many Americans without a diagnosis of IBD also eat a lot of fatty, ultra-processed foods, they noted. “As we have found that the overall food consumption is similar between the population affected by IBD and the population not affected by IBD, it is necessary to assess the effectiveness of dietary recommendations and their compliance, as well as the limiting factor associated with certain food intakes. ”, they continue. To conclude, they therefore suggest a “longitudinal assessment with a detailed food diary and biomarker measurements before and after the onset of symptoms of the disease leading to the diagnosis of IBD ”.

Improving the prevention of IBD is a real public health issue since, in addition to the unpleasant chronic symptoms they cause, these diseases are associated with an increased risk of colorectal cancer, especially when lesions are present in the colon.

In France, ulcerative colitis is said to affect around 80,000 people. This disease can reach the rectum and colon (large intestine) and progress in the form of relapses (alternating phases of activity and remission). In addition to the painful intestinal symptoms, patients can suffer from rheumatoid arthritis, skin damage or inflammation of the internal structures of the eye.

Currently, this disease is easier to spot than Crohn, who takes a long time to diagnose himself due to the lack of specific symptoms. Very debilitating, Crohn, which today officially affects 120,000 people in France, is characterized by sometimes profuse and watery diarrhea, possibly with loss of blood and mucus or pus in the stool. This is often accompanied by terrible abdominal pain. When the anus is affected, cracks, abscesses and fistulas can occur. Patients also sometimes suffer from fever, weight loss and extreme fatigue.

Interested in this topic ? Come and discuss it on our forum!