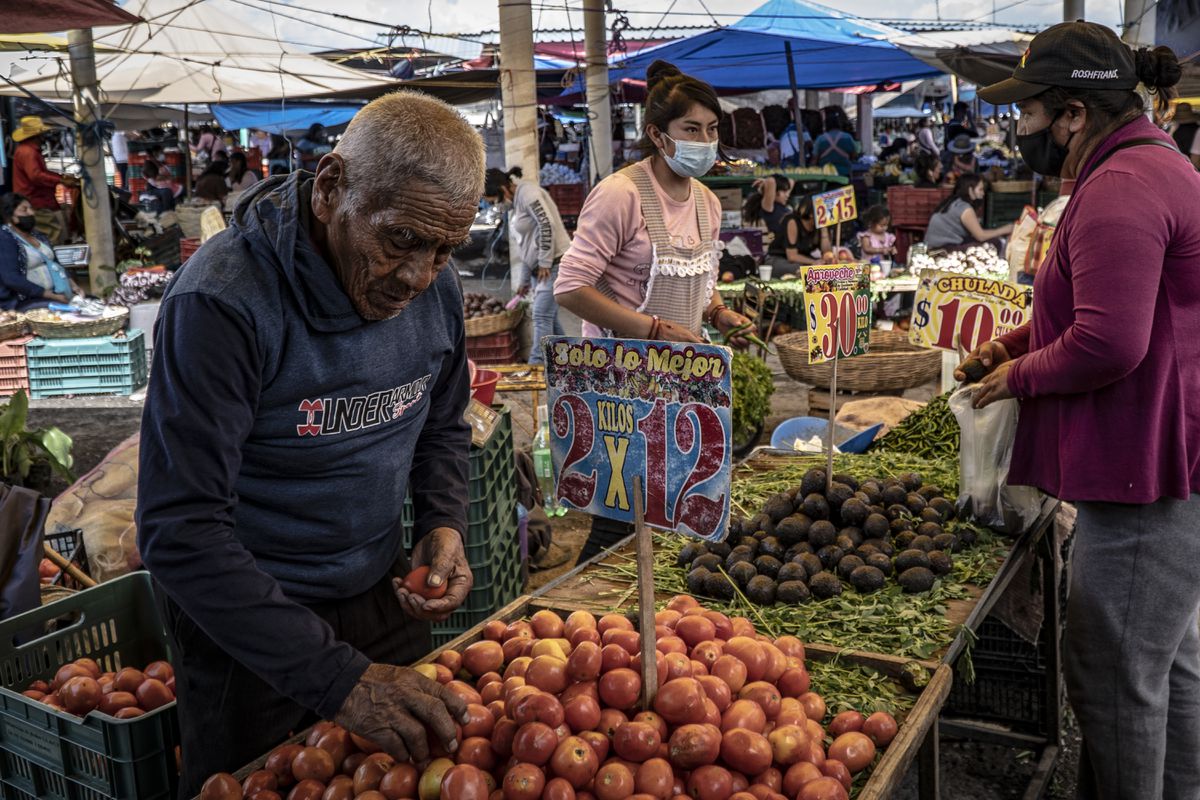 Inflation does not give truce in Mexico. In the first half of November, the price index stood at 7.05% per year, the highest figure since 2001, as published on Wednesday by the National Institute of Statistics and Geography (Inegi). In full recovery after the economic crisis of the coronavirus, the rise in food and electricity prices have driven the climb well above the Bank of Mexico’s target of 3%.

The index rose 0.69% from the second half of October, the largest increase in four years for this period. Within this figure, core inflation increased by 0.15% biweekly and 5.53% annually, the highest since April 2009. Meanwhile, non-core inflation, which includes more volatile products such as fuels, rose by 2.29% biweekly and 11.68% annually.

By type of product, within the non-core component, energy products presented the highest annual variation, with an increase of 15.2% compared to November a year ago, followed by fruits and vegetables, with a rise of 13.3% . In the underlying part, which is taken into account by Banco de México for its interest rate decisions, merchandise rose 7% and services, 3.8%.

In the first half of November, the products that had the greatest impact on inflation were electricity, with a fortnightly increase of 24% – the Inegi points to the conclusion of public subsidies to support electricity rates during the summer season in several cities in the north of the country—, and the green tomato, with a rise of 42%.

Inflation has become a global phenomenon in full post-pandemic recovery. During 2020, with the confinements and the reduction of mobility due to the coronavirus, energy prices plummeted. The economic reopening, coupled with maritime transport problems and the shortage of certain products, has driven prices up. The United States, Mexico’s main trading partner, recorded an increase of 6.2% in October, the worst data in 30 years.

The price increase it is already a topic of national conversation. “There is a post-pandemic crisis that is manifesting in all countries. We have inflation equal to that of the United States (…). Fortunately, we are managing to stabilize prices, “said President Andrés Manuel López Obrador this Wednesday, despite the historic inflation data for November. To combat the rise of LP gas, one of the products that has become more expensive, the government began to sell cylinders of this fuel in the mayor of Iztapalapa, in Mexico City, a measure whose effectiveness experts have questioned.

The Bank of Mexico, which closely monitors price increases, has been raising interest rates for several months to try to contain the phenomenon, without much success so far. In November, the institution raised interest rates to 5%. “Expectations for headline and core inflation for 2021, the next 12 months and 2022 increased again, while long-term expectations have remained stable at levels above the target,” argued the Bank in its decision.

The sustained rise in prices coincides with the uproar created around the appointment of the new central bank governor. In the summer, the president proposed former Secretary of the Treasury Arturo Herrera for the position. However, after five months of delay, this Wednesday López Obrador announced that he had changed his mind and has nominated for the Undersecretary of Expenditures, Victoria Rodríguez Ceja.