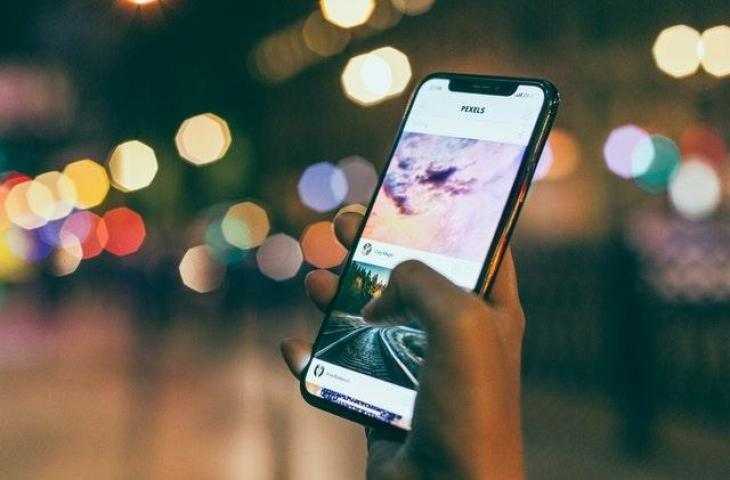 Infrared spectrometers are expensive and powerful instruments that scientists use to analyze the chemical makeup of samples, and a new research project has shown what this technology would look like if it were packaged into a smartphone.

The study was carried out by scientists in the US and Australia, who are beginning to develop a more mobile form of the typically bulky infrared spectrometer used in research laboratories.

Citing the Newatlas page, this breakthrough relies on newly developed LEDs that can be tuned to detect different gases, and could potentially work into a compact device to detect everything from rotten food to imitation leather.

This breakthrough could mark a significant advance for this type of instrument, which relies on the careful construction of multiple layers of perfectly arranged crystals to filter infrared light in the desired way.

In contrast, the team’s new design is relatively simple, using only a single layer of black phosphor to maintain flexibility, which allows its properties to be changed and to generate different wavelengths that can be applied to different subject matter.

“The wavelength shift of the black phosphor emission by bending is really quite dramatic, allowing the LED to be tuned across the mid-infrared,” said Professor Ali Javey, of the University of California at Berkeley, whose group led the research.

The scientists envision an adjustable device that can be placed in a refrigerator and sends a notification to the owner when food is spoiled, or it could be used into a smartphone to help shoppers distinguish fake leather from the real thing.

It can also be integrated into drones used by firefighters and miners to detect hazardous gases from a safe distance.

“Our IR photo detector can be integrated into the camera so we can look at our phone screen and ‘see’ a gas leak or emission and be able to determine what type of gas it is,” said University of Melbourne Professor Kenneth Crozier.