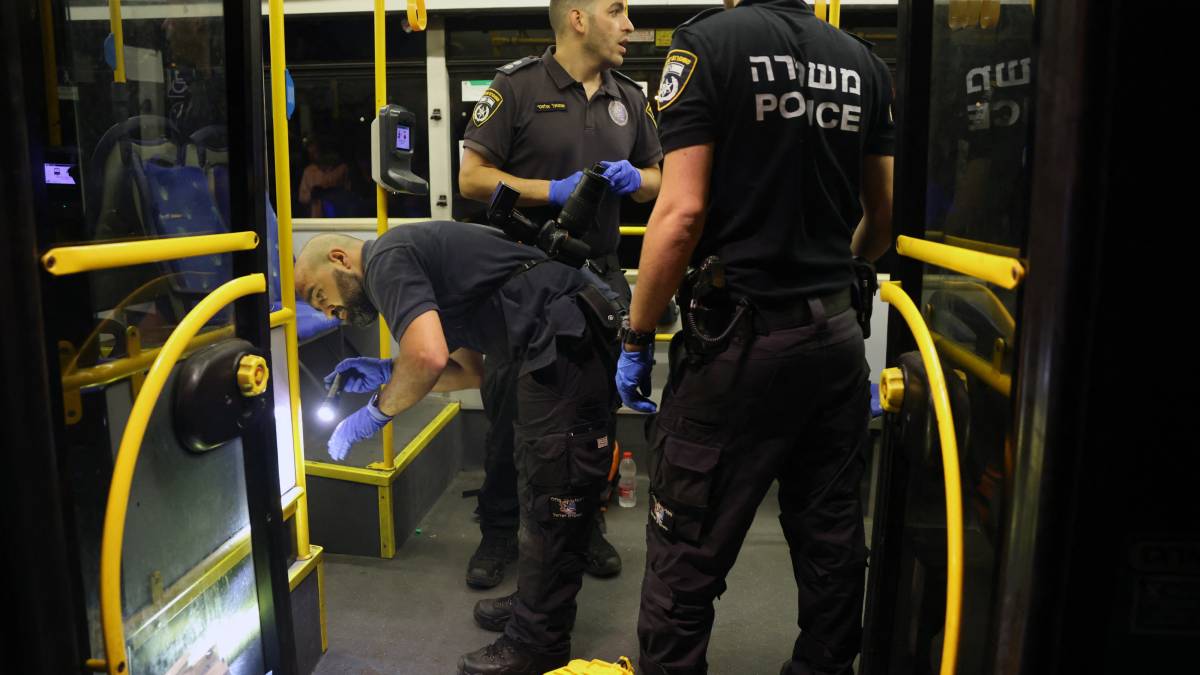 Seven people were injured in Jerusalem last night when a bus was shot at. Two victims are in critical condition in hospital. A pregnant woman who was hit is said to be in mortal danger.

After an hours-long manhunt by the police, the suspect of the attack turned himself in. According to Israeli media, the man is a 26-year-old Palestinian. He is said to have taken a taxi to the police station and brought the gun that was used. A photo released by police shows a gun on the floor of a car.

According to The Times of Israel, the gunman was waiting at the stop near King David’s tomb. When the bus stopped to allow people to board, the man opened fire. Then he fled.

The bus driver told the newspaper what he saw. “The bus was full when I stopped at the stop. Then I heard shots. People immediately started screaming.”

Emergency services search the bus and the surrounding area after the attack:

Injury in Jerusalem in bus attack

The 35-year-old pregnant woman who was shot in life-threatening condition was hit while sitting in a nearby car, media report. Doctors describe her abdominal injury as “complex”. The Shaare Zedek Hospital in Jerusalem said the woman had undergone an emergency delivery. The newborn is in a serious but stable condition.

Four tourists from an American Orthodox Jewish family are reportedly among the injured. The parents, son and daughter were waiting for a taxi at the bus stop when they were shot.

See also  Coronavirus. The number of infections in the world is rising again

Last week, clashes between the Israeli army and the Islamic Jihad extremist movement in the Palestinian enclave killed a total of 45 people, including 15 children, according to Palestinians. There are also more than 300 injured, compared to about 30 injured in Israel. A ceasefire put an end to that violence.