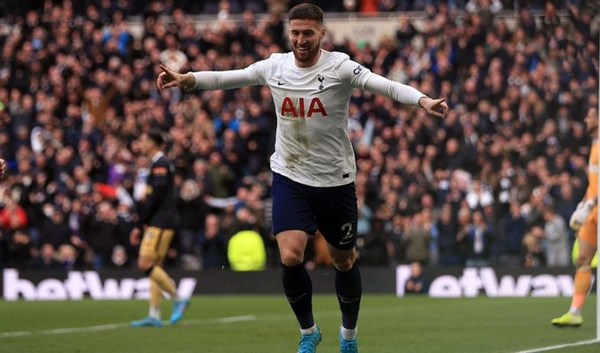 Tottenham lose the services of their defender, Matt Doherty, after being injured in the Aston Villa match, and press reports speak of the end of his season with the London club.

Doherty was injured in the 21st minute after injuring his knee after an intervention from Aston Villa’s Matti Cash. According to press reports, his absence may reach 12 weeks, and he is likely to miss Ireland’s matches in the European Nations League, next June.

Doherty scored two goals and assisted 4 in 15 Premier League games this season with Tottenham, who are fourth in the league standings with 57 points from 31 games.

Tottenham hosts Brighton, next Saturday, on the 16th of April, in the 33rd round of the English Premier League.

Tottenham Hotspur wing-back Matt Doherty has been ruled out for the season. #THFC