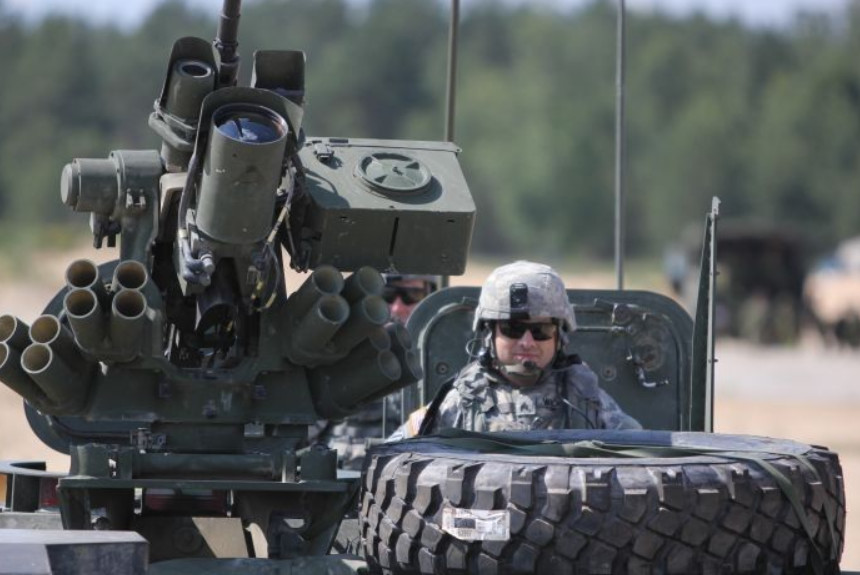 From Monday, November 22, to December 4, the annual international military exercise “Winter Shield 2021” will take place at Ādaži landfill to train and improve the combat capabilities of the units and the mutual cooperation and compatibility of the armed forces to ensure the protection of the Baltic region, the Ministry of Defense said.

Soldiers from the Land Forces Mechanized Infantry Brigade, the National Guard, the Lithuanian Armed Forces, the NATO Extended Presence Battlegroup in Latvia and the US Armed Forces Command Europe will take part in the military exercise.

According to the Ministry of Defense, the training aims to assess and develop the ability of battalion-level units to plan and conduct operations to improve unit integration and interoperability. The tasks of the training are to develop skills in overcoming obstacles, including river and minefields, evacuating victims, performing protection maneuvers, and coordinating indirect fire and near-air support.


During the training, battle shooting of howitzers, mortars, grenade launchers, machine guns and small arms will take place every day from 9 am to 11 pm, as well as overflights of military aircraft are planned. Training activities with combat shooting at Ādaži training ground will take place both during daylight hours and in the dark.

During the training, military equipment of both the Latvian and Allied armed forces will move along Latvian roads, and military aircraft will fly in the airspace.

Military aircraft fly only at the altitudes and speeds specified in regulatory enactments, therefore the noise generated is temporary and does not cause harm to people and property, the Ministry of Defense points out.

As far as possible, operational information on the activities of the National Armed Forces and the Allies is available on the social network profiles of the Armed Forces, as well as on the Facebook page of the Land Forces Mechanized Infantry Brigade.

The multinational battle group is led by Canada and consists of more than 1,500 troops from Albania, the Czech Republic, Italy, Iceland, Canada, Montenegro, Poland, Slovakia, Slovenia and Spain, who are serving in Latvia on a rotating basis, participating in training with the National Armed Forces, thereby improving interoperability with regional allies to respond to security environmental challenges.

The purpose of establishing and deploying NATO’s enhanced presence battlegroups is to contribute to NATO’s deterrence and strengthen the Alliance’s defense by demonstrating the Alliance’s solidarity and determination to defend the Alliance against all forms of aggression. The NATO Expanded Battlegroup has been deployed in Latvia since June 2017.

In the United States, following the annexation of Crimea by Russia in the spring of 2014 and the aggression in eastern Ukraine, the United States launched the Atlantic Resolve training operation, sending a unit of jewelry to Latvia on a rotating basis.

Latvian and US soldiers also regularly participate in joint exercises and activities to promote cooperation and interoperability, including training in special operations tasks.