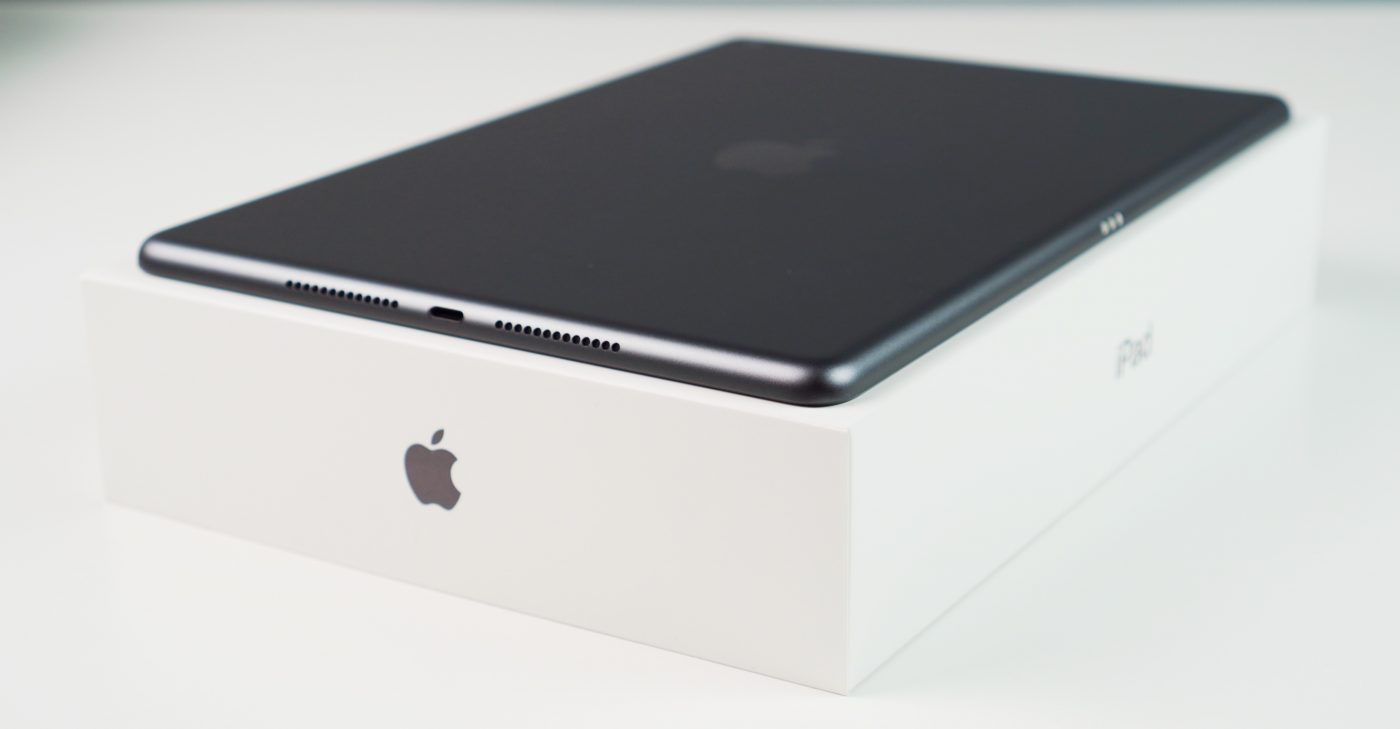 At the September conference, Apple, in addition to the much-anticipated news in the smartphone line, also presented two refreshed tablet models. One of them is the 9th generation iPad, also referred to by many as the “Edu iPad” due to its popularity among pupils and students.. What changes have been made to the previous model?

It will not surprise you with its appearance

The new, basic iPad model does not differ in appearance from its predecessor. It has the same dimensions and weight, the same, still unlaminated, 10.2 ”screen with the same resolution of 2160 × 1620 pixels and a brightness of 500 nits. Like its predecessor, it also supports the first-generation Apple Pencil.

The only slight change to the display is the use of the True Tone function, which adjusts the screen colors to the environment. This is a very good accessory, especially since I have had contact with iPadem Air 2which did not offer this sensor. Looking at its screen was very tiring for the eyes, while in the new model the color of the display is much more pleasant.

Using an iPad Pro with a 120Hz refresh ProMotion screen on a daily basis, the lack of this technology in the basic iPad at first stung my eyes a little. The equipment seemed slow and the animations seemed to be stuttering. After using the tablet for a while, I noticed that the performance is not bad at all, and it was all a matter of the eye getting used to the lower refresh rate.

The lack of screen lamination is also a matter of getting used to. At the beginning, I actually noticed a fairly large distance between the display and the front glass, but after some time it stopped disturbing me and became normal.

Unlike its predecessor, the new iPad is not available in gold. The only color options are silver and space gray. The tested iPad is of the second color and, despite the well-worn design, it looks very aesthetic.

In terms of design, we won’t find even the smallest differences. It is the same, very well-made, aluminum body. Unfortunately, Apple decided not to replace the Lightning port with the USB C port, making the basic iPad the only tablet in its line with the same port as the iPhone. Its uniqueness does not end there – the 9th generation iPad is the last Apple mobile device equipped with a headphone port.

See also  The Porsche 911 Turbo is here in a new generation, but the output of 580 hp does not mean the top

In the box, in addition to the device itself, we also find a 20 W charger with a USB C to Lightning cable.

The 9th generation iPad has been equipped with a newer processor than its predecessor. It works thanks to the A13 Bionic chip with the Neural Engine system. The model presented in parallel with the “educational” – iPad mini (which Andrzej is already testing for you!) – has been equipped with the latest version of the processor – A15. Considering the price of the cheapest iPad on offer, I think that the older processor is more than enough for basic tasks. How it will be in practice – we will see in the review after two weeks, in which I will thoroughly test all the functions of the new Apple tablet.

The new iPad, like the previous model, has two stereo speakers located at the bottom of the tablet. As it happens with Apple devices, they are of very good quality and have quite strong low tones. They are not very loud, but are certainly sufficient for background music. However, when watching series, the speakers on both sides are irreplaceable and it is a pity that in this model the manufacturer has not decided to arrange them differently.

An interesting move from Apple is the change of the front camera to the one from the iPad Pro. It is a wide-angle 12 megapixel lens with a double zoom and video recording in 1080p quality. The new iPad also supports the “Center Stage” feature that first appeared in the Pro versions. It focuses the attention of the frame on the face and is especially useful during FaceTime calls or other applications that use the front camera.

When taking the front photos, we will also observe that the front camera has the option of zooming out of the frame, thanks to which we can get a really wide angle when taking a selfie. In terms of the front camera, the most changes have changed from the previous model.

Being used to the huge zoom in older versions of the iPad, I was surprised myself when in the Camera application I clicked on the two arrows changing the angle from narrow to wide. My iPad Pro doesn’t have this feature, which is a pity, because I talk quite often using FaceTime.

Another change to the 9th generation iPad is the new versions of the built-in memory. The smallest capacity is 64 GB, which is twice as much as in the previous model. The maximum memory size is 256 GB instead of 128 GB. As in the previous generation, there are two memory options, but this year they have been enlarged twice.

On the tested version, equipped with 64 GB of internal memory, I was able to restore the backup from the iPad Pro 2018 without any problems. In this case I have the smallest version of the memory, but it is sufficient when using the iCloud cloud and storing most of the files on it.

With regard to security, nothing has changed in the new iPad. In the latest generation of the tablet, as in the previous one, we find the Touch ID fingerprint reader, built into the “start” button. Together with the iPhone SE, the 9th generation iPad is the last product to feature a button under the screen.

It is also worth adding that, unfortunately, this is an older, first-generation Touch ID, also used in the iPhone 6. It may seem that unlocking will take a long time, but – to my surprise – the line reader unlocks the tablet in the blink of an eye.

In addition, the iPad version with cellular has a built-in GPS, while the basic Wi-Fi model does not offer it. The fact that the educational iPad does not support the 5G network (but only 4G) is probably no surprise in this price range.

The built-in 32.4 Wh battery – according to the manufacturer – is enough for about 10 hours of surfing the Internet or watching videos via Wi-Fi. In the case of the cellular version, this time will be shortened by an hour. The tests will show to what extent the time declared by the manufacturer is close to the real time with my, quite intensive use.

The basic version of the 9th generation iPad costs PLN 1699. For the version with 256 GB of memory, you need to pay extra as much as PLN 800 and the additional support for the mobile network costs another PLN 650 – regardless of the memory version.

As a student, you can use the Apple Store website for education, this way you will get a 6% discount, thanks to which you can save PLN 100 on the basic model. Not much, but always something.

As I have been using the iPad for many years as an irreplaceable learning aid, I will test the new generation of the cheapest Apple tablet with the eye of a student. I have restored my new iPad from my main 2018 11-inch iPad Pro backup.

In two weeks I will see how a model almost three times cheaper than the price at which I bought my tablet 3 years ago will do. After all, cheaper is not always worse.

And if you have any questions – go ahead, check the comments section.