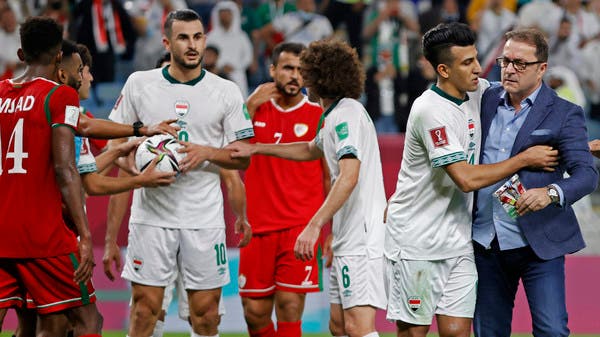 Iraq coach Zeljko Petrovic apologized for entering the field after his team awarded a penalty at the end of stoppage time during their 1-1 draw with Oman at Al Janoub Stadium on the opening day of the Arab Football Cup on Tuesday.

The coach, who succeeded Dutchman Dick Advocaat earlier this month, ran towards Hassan Abdel Karim to encourage him while he was preparing to take the penalty kick in the eighth minute of stoppage time, after Ayman Hussein missed the first attempt before the referee decided to retake the kick due to the progress Omani goalkeeper Ahmed Al-Rawahi on the goal line.

And the Iraqi Football Association quoted on its Facebook page, Petrovich, as saying in a press conference that he wanted to give confidence to Abdul Karim: Because I believe in his abilities as a young talent, and he will be one of the stars of Iraqi football in the near future. As for the second apology, I present it to Ayman Hussein, and on Despite my high confidence in his capabilities, the issue of executing the second penalty kick was highly sensitive, so I entered and acted involuntarily to protect Ayman before anything else, because missing the penalty kick for the second time could lead the player into a crisis he is indispensable.