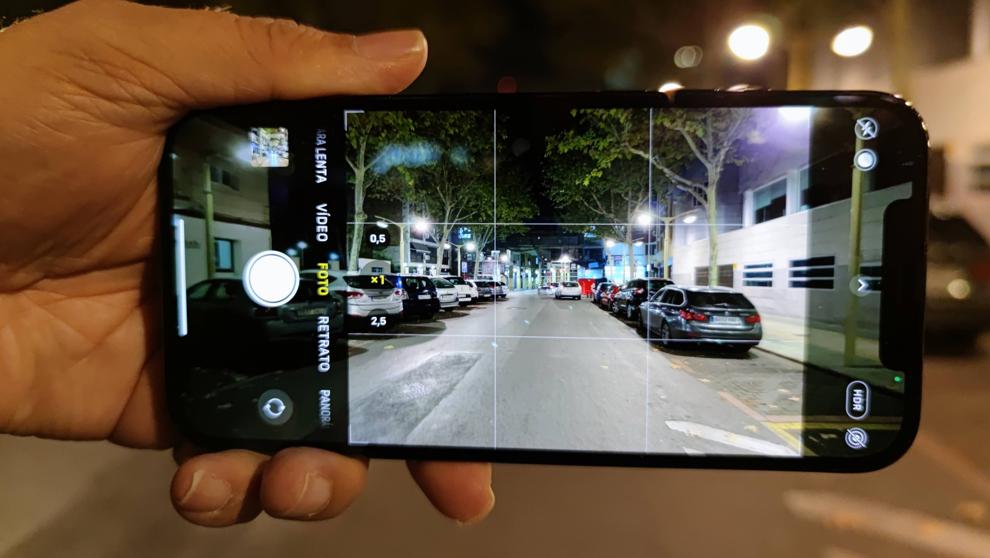 It is very difficult to answer the question with which we title this article. Especially since there is more and more a disconcerting situation: find a good camera in a phone accompanied by others that hardly contribute anything. Something in which the marketing departments of some companies surely play a role.

In general, the best camera systems in telephones are those in which, although none of them stand out spectacularly, they all have their reason for being. Although it is true that there is always a camera in which the manufacturer dumps all its imaging technology. It’s what Apple has done in the iPhone 12 Pro Max with the camera equipped with a wide-angle lens, the one used in most occasions on any phone.

This incorporates a larger image sensor than the equivalent cameras in the rest of the iPhone 12. There is also a new image stabilization system. Another novelty: the camera that allows us to get closer to the subject we want to capture grows in scope. It goes from having a zoom of two times, as in the iPhone 12 Pro, to one of two and a half times. In other words, we now find a 65mm lens, a short telephoto lens, instead of the 52mm lens on the iPhone 12 Pro.

Although this jump is achieved by slightly reducing the brightness: f / 2.2 compared to a value of f / 2 in the iPhone 12 Pro. Despite that, it is a bright lens for its class and that has optical stabilization. Something that is important. The rest of the features are identical to those of the iPhone 12 Pro, of which we have already analyzed its ability to capture photos and videos.

According to Apple the size of the image sensor of the wide angle camera of the iPhone 12 Pro Max is 47 percent larger than that of the iPhone 12 Pro. A significant change. As the resolution is kept at 12 megapixels, this means that the photodiodes that capture the light information of each pixel are larger. Apple provides the exact figure: 1.7 microns versus 1.4 microns for the iPhone 12 Pro.

On a rough estimate the size of this image sensor should be around 1 / 1.7 inches. A figure similar to that of the image sensors of many advanced compact cameras of a few years ago. This is good news. Especially when taking photos without too much light.

Such a sensor should also increase dynamic range – the ability to capture detail in the lightest and darkest areas of an image. Something that is especially useful in high contrast scenes. Like the ones in which we capture a room in which there is a window from which the street can be seen in broad daylight.

We have found that this image sensor performs quite well in low light scenes. In fact, it is capable of capturing good photos even with a sensitivity of 800 ISO. Something that is not common to see on a phone camera. To verify this we have captured several photos in the twilight, although varying the intensity of ambient light.

Some we have done with the iPhone camera application and others with ProCam 8 application. We have used this to capture the photos in RAW format. Be careful, not in the future Apple ProRAW format that we talked about at the time. This leaves the photo naked, devoid of the processing algorithms that Apple incorporates into photos and that usually improve them significantly. That way we can actually see what the image sensor is capturing, without any kind of processing. And what we have seen we liked.

Noise is noticeable at ISO 800, but it’s not overly aggressive. We have found that with a slight processing of the image using an editing application it is easy to reduce it (without losing too much sharpness in the image). We hardly find chromatic noise, which is the most annoying and that usually appears when capturing photos in RAW format.

This, added to the fact that the brightness of the lens is f / 1.6 and the image stabilizer, means that we can shoot with the assurance that we will get good photos even indoors or at night. But since we mentioned the image stabilizer, which is mechanical and not optical as in other phones, it must be said that this has puzzled us.

If the night mode is not automatically activated, where photos are captured with even several seconds of hand-held exposure, the main camera of the iPhone 12 Pro Max tends to shoot a minimum speed of 1/30 to obtain a sharp photo, without shake. A lower value than we have seen in other phones.

By setting the shutter speed by adjusting the values ​​to manual with ProCam 8, we have found that with a steady hand, sharp photos can be captured with a minimum value of 1/20. But we expected somewhat better values ​​with this new image stabilization system.

Of course, what we have perceived is that the night mode is activated fewer times and with shorter exposure times than in the iPhone 12 Pro. Something that is undoubtedly due to the better tolerance to noise when the ISO sensitivity increases in the Image sensor of the iPhone 12 Pro Max.

What we haven’t noticed is noticeable improvements in dynamic range in broad daylight between the iPhone 12 Pro and iPhone 12 Pro Max. This is probably due to the fact that the phone’s image processor, whose computing power has increased in this new generation of the iPhone, when activating HDR mode is responsible for capturing a wide dynamic range. Attentive to the photo captured in HDR mode from a source in which there are no failures when capturing water droplets at high speed.

If we use portrait mode with the new image sensor we find that it works as well as in the iPhone 12 Pro. Although it is not perfect and if we do the typical test of activating it with a person placed in front of a complex background, we will find that there are some failures. Despite that, an evolution is noticeable and that the background blur is more successful and is a little more precise. Nor have we perceived an improvement compared to the iPhone 12 Pro when recording video with the main camera of the iPhone 12 Pro, although we have observed that night videos have a little less noise.

Let’s talk about the telephoto camera. This has an image sensor that appears to be identical to that of the equivalent camera in the iPhone 12 Pro, but the two and a half increases are noticeable more than we expected. In our opinion Apple is right to incorporate a short telephoto lens in this camera instead of one with a longer range.

Mainly for two reasons: a too sharp jump is avoided when going from the wide angle lens to the telephoto lens, as is the case with the longer-range lenses of other manufacturers. In addition, a good brightness value is maintained on the lens, which would be lower if a lens with a longer range were used.

This allows this camera to be used even in scenes without abundant light. Although if this is very scarce, the main camera is used and the zoom is digital. This is motivated by the smaller sensor size of the optical zoom camera. Although we can bypass this restriction by using a third-party camera app.

Apple by opting in the iPhone 12 Pro Max for the formula of equipping a larger image sensor while maintaining a measured resolution, achieves that the main camera of the phone can be used with the assurance that we will obtain quality images in a wide range variety of situations.

The bet not to increase the zoom range too much also seems right to us. Especially considering the poor image quality we see in phones from other manufacturers when using longer-range lenses or using digital zoom. The best thing about the camera system of this iPhone 12 Pro Max is that it is quite balanced, although the leading role is taken by the wide-angle camera due to the reliability of its sensor.

We would have liked to see a more groundbreaking image stabilization system and a renewal of the ultra-wide-angle camera (it is the same as that of the iPhone 11). But all this is offset by the great reliability offered by the cameras of the iPhone 12 Pro when taking photos in very diverse situations. Something that is not common to find.