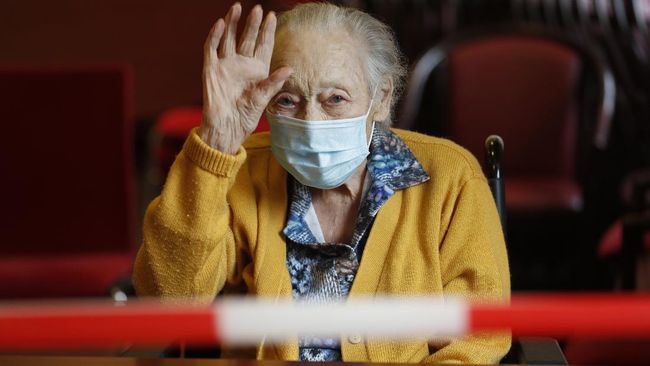 Intelligence is usually measured by the level of IQ aka Intelligence Quotient. The higher the IQ, the more intelligent that person.

But can IQ decrease as you get older? Quotes Science AlertIQ does not change even though humans are getting older.

In other words, if a person takes an IQ test now, then takes it 10 years from now, that person’s IQ score will probably remain the same. That’s because IQ is always measured relative to other people of the same age.

Kaufman adds, for each age, the average IQ is set at 100. For this reason, there can be no comparison of IQ across ages. “Because by definition, each group will have an average of 100,” says Kaufman.

Kaufman’s opinion was agreed by Meiran Nachshon, a psychologist from Ben-Gurion University, Israel. He said, IQ indicates a person’s relative position with the average.

“IQ indicates the relative position of an individual to the average. That position is really stable,” said Meiran.

Furthermore, to measure changes in IQ over time, different methods are needed. This is because IQ cannot be compared across ages.

According to Kaufman on the Metafact site, the first thing to do is find common ground to compare the IQs of adults. “We can compare the performance of people 70 years, 60 years, 50 years, 40 years and so on against the standards used for young adults,” says Kaufman.

“In my research, we defined young adults at age 30 (usually ages 25-34). That way, young adults would have an average IQ of 100 because that’s the norm that has been developed,” he said.

“When we compare adults across ages to young adults, it tells us how IQ changes as we age,” Kaufman added.

However, according to Kaufman, it is also necessary to pay attention to the level of education in each age group. Only then, the decline in the average IQ per age group can be seen.

Meanwhile, IQ tests measure many types of intelligence and classify them. But the two most popular are fluid intelligence and crystallized intelligence. “Both together with memory recall capabilities and processing speed, combine to deliver full-scale IQ,” says Kaufman.

Different types of intelligence have different development patterns with age.