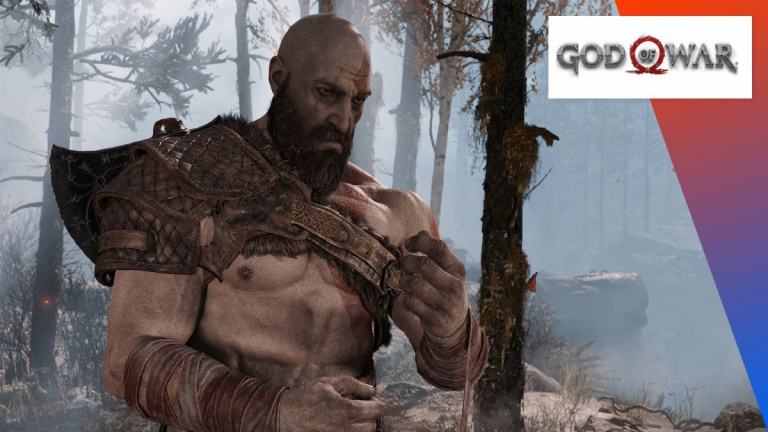 News hardware Is the PC version of God of War better than on PS5?

Technological showcase of the PS4 in 2018, God of War will have taken its time to arrive on PC. Let’s dissect here the technical specificities of this version. And if you’re wondering if your graphics card can take Kratos’ chopping chops, you’ve come to the right place.

For the very first time, the PC hosts an episode of God of War and not just any: the latest, but also the best rated at JV. The Santa Monica game is indeed part of the very closed caste of “20/20”. A masterpiece, therefore, that we can finally discover elsewhere than on a Sony console.

What recommended configuration to play God of War on PC?

Before giving our impressions of this PC version of God of War, let’s take a look at Sony’s official recommendations. As you can see, the title seems quite flexible and can turn on an aging configuration provided you cut back on the definition and/or the level of graphic detail.

This PC port of the Kratos and Atreus epic is, let’s just say, an example to follow. Two good news first: the title easily supports different screen formats, including the increasingly popular 21:9. If you are equipped, you have to admit that the rendering in ultrawide is very pleasant, offering a better field of vision, sublimating the scenery of the game and giving a real advantage in combat. If God of War is already superb in 16:9, it is magnificent in 21:9.

On the other hand, if you are part of this rare caste with a screen in 32:9 format (we think of the Samsung Odyssey G9, for example), you will not be able to display the game over the entire width. God of War will be stuck at 21:9, with the black bars that go with it.

Second quality: the presence of the two “intelligent” upscale technologies of the moment, namely Nvidia’s DLSS and AMD’s FSR. Remember that the first is reserved for those who have a GeForce RTX graphics card (from 2060) and that the second is available on a very wide range of GPUs (from the GeForce GTX 1060 at Nvidia and Radeon RX 480 at AMD).

The goal is the same in both cases: drastically increase fluidity in games while maintaining a good level of rendering. As we had already seen in previous tests (notably on Deathloop), DLSS retains the advantage here and proves to be much more effective in terms of image quality, where FSR applies a – slight, but visible – blurring effect on textures, especially if playing at 1080p or 1440p. If you have the possibility, therefore, it is better to opt for DLSS, which will offer a much cleaner image.

In both cases, however, the performance gain is frankly appreciable: with an RTX 3070, you can easily exceed 60 FPS in 4K with DLSS activated in “Balanced” mode, while FSR will allow you to exceed 50 FPS in 4K with a Radeon RX 6700XT.

Playing God of War at 1440p is also quite possible with an entry-level or aging graphics card, even if you don’t really have to rely on 60 FPS. With a GeForce GTX 1660 Super, for example, you will still enjoy an average of 46 FPS by activating FSR in “performance” mode and with the level of graphic detail at maximum. In 1080p, you can even do without FSR and still shoot at nearly 50 FPS. A little bit of FSR in “quality” should make it possible to reach the sacrosanct 60 FPS.

As for 4K/Ultra HD, it is accessible at “lower cost”, once again thanks to the efficiency of DLSS/FSR. With a GeForce RTX 2060 and the DLSS set to “performance”, we had the pleasant surprise of exceeding 40 FPS on average at 3840×2160. By moving to the generation above, you will be comfortable for 4K at 50-60 FPS: an RTX 3070 will thus provide 67 FPS with DLSS in “balanced” mode. On the competition side at AMD, the Radeon RX 6700XT allows us to reach 53 FPS with FSR in “performance” mode. Precision in the context of this technical test: we ran the game on different graphics and an AMD Ryzen 7 3800X processor, 16 GB of RAM and the files installed on an SSD.

This PC version of God of War is therefore generally free from technical defects and accommodates a wide variety of configurations. To have the equivalent of the PS4 version of the Santa Monica Studio title, you can settle for a very modest PC. But the game knows how to take advantage of modern options and we appreciate the support for 21:9 and especially the presence of DLSS and FidelityFX Super Resolution. With a mid-range PC, using DLSS and FSR correctly, you will therefore enjoy a version less equivalent to that of the PlayStation 5. One of the best PlayStation ports we have seen on PC, while simply.